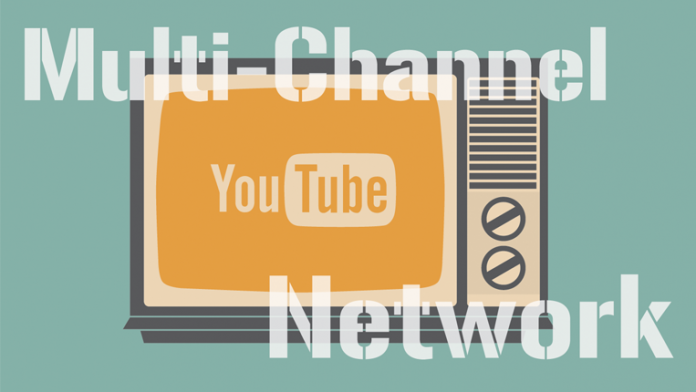 Many people compare MCNs to talent agencies. In exchange for a percentage of your AdSense revenue or a percentage of whatever brand deal the network negotiates, an MCN will broker brand deals for you, connect you with other YouTube talent and, in some cases depending on locations, will provide studio space for you to produce your content.

Pros of Joining a MCN

MCNs can connect YouTube channels with companies to negotiate brand deals for influencer marketing. This is especially beneficial for those who aren’t familiar with negotiating financial deals like that, or who just prefer to create the content and have someone manage those deals. Scott Niswander, of the YouTube Channel NerdSync, stated that he likes that his network takes care of negotiating his deals, “because I don’t know what I’m worth, but apparently they do.” These companies have a vested interest in making sure you get paid what you’re worth, especially because they typically get a percentage for negotiating the deal.

One of the biggest benefits of joining a network is receiving copyright claim protection. YouTube’s Content ID system, an algorithm that searches for videos that contains copyright-protected material, has been known to mis-identify videos, especially for channels that review media like movies or video games. When you get a copyright strike you can lose access to essential YouTube features like custom video thumbnails, scheduled uploads and even monetization.

One of the biggest benefits of joining a network is receiving copyright claim protection.

Scott’s YouTube channel, NerdSync, received a copyright strike on one of his videos and lost monetization on his entire channel. Though YouTube later resolved the issue, Scott wanted the protection from future incidents. He stated that his current network, “… offered copyright protection, and they’ve kept up their promise so far.” To be clear, joining a network doesn’t mean you can ignore YouTube’s Community Guidelines and copyright policies. Though it may vary by network how they protect your content, the general rule is that if there are any strikes the responsibility falls on your network and not your personal channel.

Collaborations with Other YouTubers

Collaborating with other YouTube channels is a great way to grow your own YouTube channel. Many networks have very popular channels in their network, and may offer the chance to collaborate with them Chris Sanders, the host and personality of his self-titled YouTube channel, shares that his current MCN gives networking opportunities within that network. He says, “(the network) shares your videos within the MCN community, so you have the opportunity to be seen by bigger members of the community.”

Though YouTube’s official stance is “There are no guarantees under the YouTube partner agreement about how much, or whether, you will be paid,” it has been stated that there is a 45/55 split of revenue between YouTube and your channel respectively. In a situation where your network is asking for a percentage of your AdSense revenue, it will come from your 55%. Your earnings will likely be diluted by the network.

There are many YouTube Networks out there that are only concerned with signing as many people as possible to their network and therefore may not offer services promised due to huge number of clients. Chris Sanders, who has been a member of 3 different networks over the course of his YouTube career, shares that “MCNs can give you a lot of promises that they don’t keep.” Chris continues to say that, even with over 58,000 subscribers, he doesn’t feel treated as though he is as valued as the bigger members in the network. There are networks that are more selective, but because of that there aren’t as many opportunities to join those networks. Scott shares that his network, “…doesn’t like to accept just anyone in their MCN, they like to keep the team small. If I have a problem, I have a few people I can actually contact directly. They’re very personable, and that’s good because my biggest hesitation was being signed on [to an MCN] and then being forgotten about.”

When you opt into joining an MCN, you will most likely be signed into a legally binding contract. This contract can last anywhere from 18 months to five years. There have been several instances where YouTube channels have signed contracts that lock them in for a certain amount of time, even when the network no longer serves the channel. These contracts may protect the network, but it’s important to make sure it does the same for you. Chris Sanders advises, “Always negotiate for what you want. If they don’t want to negotiate with you, don’t work with them. Ask for a short term contract or ask for a trial period with an option to opt out.” Like any contract decision, it’s important to consult a professional to review your legal documents so you know what it is you are signing into.

When considering a MCN, the main thing to consider is what value can the network provide you. You don’t necessarily need a network to get brand deals. Scott shares, “I can negotiate my own brand deals if I want. My network negotiates [and] basically brokers most of my deals, but if a sponsor or brand reaches out to me directly, I can just take it.”

Though you can do a lot of these things yourself, MCNs offer a lot of support and opportunities that you may not be able to get on your own. Chris Sanders advises that, “If you’re a small YouTuber, ask a lot of questions. Don’t sell yourself short because you’re small; treat yourself like you have a lot to offer. Treat yourself with the respect you deserve…The bulk of the success of you with your network is going to be up to YOU. You need to ask them for the help, ask for the support you need…”

Before you joining an MCN, follow YouTube’s advice, ”Whether or not to join an MCN is an important decision. You should do your homework and make the decision that works for you. Thoroughly investigate the MCN’s track record and evaluate the benefits being promised against your obligations to the network.”

Additional Advice from Chris Sanders
Always negotiate for what you want. If they don’t want to negotiate with you, don’t work with them. Ask for a short term contract or ask for a trial period with an option to opt out.
If you’re a small YouTuber, ask a lot of questions. Don’t sell yourself short because you’re small or inexperienced. Treat yourself like you have a lot to offer and with the respect you deserve.

Additional Advice from Scott Niswander
Ask a million Questions! Do you need an MCN? Does the MCN have proof of what they can deliver for you? And, “The biggest complaint I hear from people with their MCN is their MCN telling them ‘Hey you’re doing a great job, keep it up!’ but they’re not growing.”
“Choose a network that is a fan of the work that you create.”