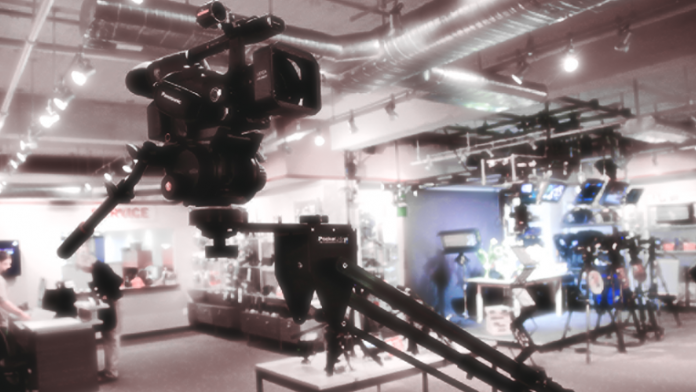 A long time ago, in an industry that now seems a lifetime away, accessing gear to make films was a very expensive proposition, and options were extremely limited. Today, however, high definition video cameras that are good enough to store memories for a long time are within financial reach of everyone. However, not many people are going to be taken seriously if they’re using their phone’s built-in camera and nothing more, so they’re likely still going to need to get quality gear if they’re looking to make something special.

If your production is sufficiently funded, you may be able to purchase some of your gear outright and charge it to your production. This, of course, is the most expensive option, but the bonus is that, even after your movie is completed, you’ll own the equipment. That is a huge advantage to buying your own gear because when you’re ready to make your next movie, you’ll still own that gear. There’s also a way to monetize your gear, as you’ll find out later in this article.

High-end camera gear can be very expensive and many people can’t afford to buy all of the necessary amenities for production; that’s where renting your gear becomes the best option.

High-end camera gear can be very expensive and many people can’t afford to buy all of the necessary amenities for production; that’s where renting your gear becomes the best option. Thanks to technology, you have far more options than you would’ve had in the past.

Traditional rental houses have been around for decades and if you’re in Los Angeles or New York, you have plenty to choose from. Unfortunately, rental houses have lost out in other major cities, even those with a burgeoning film industry. That’s not to say you can’t find a brick & mortar rental house in Austin, San Francisco or Raleigh; it’s just that you’ll have fewer choices today than you did in the past, and that’s never good for the budget. Some of the “prosumer” rental places include Samy’s in Los Angeles and Santa Barbara, Adorama in New York City, New York Camera & Video in Philly and Calumet in Chicago. These businesses can be found in practically any major city in the United States, but you may have to do some digging.

If you’re using a DSLR to shoot your next shoot, don’t need a lot of lights and won’t use much power, you can choose any of the many prosumer rental houses mentioned above, or you can choose one of these companies. But if you plan to go all-out, using all the bells and whistles without breaking the bank from purchasing new equipment, you’re going to want to look into cinematic gear rentals.

Many of the companies that fall into this category have been in the game for decades. AbelCine, Hollywood Rentals and Castex are among the rental houses that can sell or rent you the best cinematic gear available. Moreover, they can give you invaluable advice: Did you forget the gels — again? And don’t forget the dolly track.

Birns & Sawyer is a cinematic rental house that’s been in business in Los Angeles since 1954 and, like most of those that have been around for a long time, it’s their service that makes the difference. “Virtually all of our people are active or past shooters,” explains Director of Rentals, Jeff Jackson. “Everyone you deal with knows what’s going on.”

Josh Burrows is the COO of Stray Angel Films, a production company that started in business as documentary producers. In the early 2000s, they found themselves with multiple unneeded cameras after a shoot, so they decided to start renting them out on Craigslist. They were so successful that founder Suren Seron decided to expand. They started to consign the gear of other filmmakers — a practice which they still use sparingly today — and purchasing new gear.

Josh explains that you need to come into a rental house prepared with insurance, references and, most often, a deposit. Although camera rentals is a business, it’s also a passion. “We have personal relationships with our clients; we want to see them be successful.” Just like their competitors at Birns & Sawyer, Josh says nearly everyone who works at Stray Angel is a filmmaker. “We work with people to make it work.” He explains that also means working within a client’s budget and sometimes having to come in on weekends to do an emergency repair.

Aside from the many camera rental companies, there are others who have an even more specific specialty. Several companies specialize in audio gear. Companies such as Location Sound and Hollywood Sound, are both great sources of specialized audio gear and specialized advice.

The problem with purchasing from an Internet site — assuming it’s a legit site, and not a fraudster, in which case you’ve got even bigger problems — is the inability to familiarize yourself with the product beforehand. This is why so many people turn to showrooming: a practice where they go to a retail store in their neighborhood, try out a product, get a feel for it, go home and purchase it online, usually from another retailer. However, if you’re looking at high-end camera gear, there aren’t likely to be any showrooms around. If you’re going to rent gear from a website, either know how to use it beforehand or allow yourself an extra day to familiarize yourself with the gear.

The Wave of the Future?

Probably the coolest new advancement in video gear rental is KitSplit, which was created out of a need for something better than what was being offered. When Kristina Budelis, a contributor at “The New Yorker,” found that getting gear was more time-consuming than actually shooting, she decided it was time to do something. She talked to a couple of her college buddies from NYU, Lisbeth Kaufman and Ken Amarit, and they came up with the idea of KitSplit. Currently available in New York City and coming this summer to Los Angeles, Kitsplit was founded to make the acquisition of gear easier, more affordable and versatile.

Renters can either choose to pick up the gear from the vendor or Kitsplit can arrange to have it shipped locally. If you’re unfamiliar with the equipment that you’re renting, it would probably be best to pick it up yourself and talk to the owner about it. Lisbeth states that Kitsplit “is a great way to make friends and connections within the industry,” and helps to add to the feeling of community within the business of video creation.

Whenever you buy or rent valuable equipment, it’s important to insure it. Unfortunately, most insurers won’t cover photo and/or video gear if you’re using it professionally, so only a few agencies offer that protection. Here are eight agencies that we found while researching the subject:

And of course, always carry insurance on your production, not just your equipment. There are no excuses to not be thoroughly insured.

As you’re working on your gear acquisition, make a comparison chart similar to the one shown here. Notice that the producer listed the three different cameras that he was considering, along with the lenses that he would use with each one, so that he could get a view of his overall cost for the package. Most rental options offer complete packages including matte box, lenses, filters, etc. Please note that the chart is by no means complete and is just to give you an idea as to how to create it. By using the chart, you will probably find that no single resource is going to give you the best deal, so mix-and-match to your heart’s delight.

Every project will need different gear, and you will need to determine your needs before determining how to acquire it. Once you have your list, make sure to consider all of your options so that you can get the best gear for your project at the best price

John McCabe is a freelance scriptwriter and editor based in Los Angeles and can be reached at John@neversaycut.com