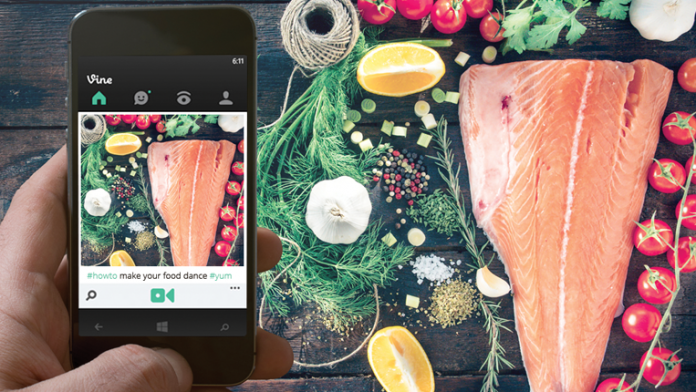 Vine was designed to showcase six-second, square aspect ratio videos taken with a phone. Targeted at mobile viewers, most people use it for fun, but it can be a platform for content creators or for polished pieces aimed at advertising and social media marketing — especially for those with very little time or short attention spans.

From both a personal and professional standpoint, it has some cool uses. Some people use the site to show off animation loops and beautiful shots that normally would be used or seen in a demo reel. Instead of a cinematographer or visual effects (VFX) artist having a full reel or a set of reels, the short videos capture a wonderful sample of work that can be viewed individually. Some web artists use Vines instead of animated gif images because of Vine’s ability for higher quality and use of sound. In some instances, the Vines have a smaller file size and load faster than their gif counterparts.

For those new to it, Vine can be tricky. While Vine says the videos are six seconds, they are actually a bit longer. When we create projects for Vine, we usually set project settings to six seconds and 15 frames, and use a framerate of 30 fps.


One of the challenges with creating Vine videos that involve editing or VFX is that they need to be uploaded from your phone.

One of the challenges with creating Vine videos that involve editing or VFX is that they need to be uploaded from your phone. There are some editing apps available, but you can also edit your Vine on your computer and just load it back onto your phone for upload when you are done.

Vine supports video at 720 x 720 resolution; however, this high resolution may be challenging for some devices since Vine’s importer for Android often has issues. You may find it easier to use a 480 x 480 setting and just live with the decrease in resolution. If you are dead-set on the higher resolution, there are tools for Android using third party apps and tricks for getting around this barrier.

A major complaint of Vine videos is that the images are often too fast. New research suggests that people are only able to identify an image in the blink of an eye or 13-18 milliseconds. While you can pack a lot of images in a Vine, text is another story altogether. A good rule of thumb is that in order for someone to read something on a screen, the text has to be held as long as it would take for someone to read it out loud, so make sure to consider this when adding text or graphics to your projects.

One of the most important things to remember about Vine is that the videos loop. There are many ways to create a perfect Vine loop. Below are just several examples of different ways to make your short loop:

1. Use several cuts. From the first shot to the last shot, make sure you follow the 30 degree rule to help ensure your Vine is free from a jump cuts. Also follow the 180 degree rule to keep the viewer engaged.
2. Transition from black or white and put a 15 frame transition at the beginning and end. This works really well if you have the audio fade in and out to match.
3. Use a transition to go from a slide — text, logo, still image — to a clip then transition back to the slide. When you do this, make sure you hold on the slide long enough for it to be processed. Giving the transition a sound effect makes a better sell and helps mask the start of the audio clip. It is important to remember that the mark of a good editor is attention to detail, including sound.
4. Use a short five second clip; then using a reverse and a time tool, create a “rewind” effect to quickly take it back to frame one.
5. Split the clip into two halves. The first half goes at the end while the second clip goes at the beginning. Use another clip in the middle to separate the two. Now, any cuts look natural and the loop transition will actually reunite the two halves of the original clip.

Creating a perfect loop, or at least being intentional about how the Vine will loop, will make your videos look smooth, crisp, and professional.

Audio is almost always overlooked. Audio can make or break your Vine in ways you cannot imagine. Adding a simple audio fade in and out can alter the entire perception of the video. Audio mistakes like popping, snapping or crackling during the transition can sometimes be more jarring than a jump cut. Additionally, when audio is used in conjunction with a transition, it helps sell the illusion of a natural and seamless movement, loop or cut. Last but not least, simple audio mistakes like distortion, poor audio quality and inaudible speaking should be fixed just like you would do for any other video you’re creating.

Now it's time to make some high quality Vines. Make sure to pay attention to your editing speed, spend the time to perfect your loop, and don't overlook sound or sound issues. Test the loop by playing your render out as a loop before uploading it. By doing this, you will be making high quality, professional Vines in no time.