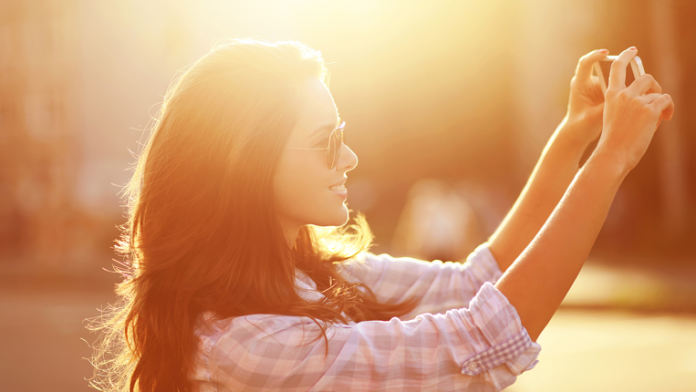 For those of us who don’t know, Vine is a Twitter-powered social media app that allows users to create six-second videos and share them online. Anyone with an Android, Windows or iOS powered device can get involved, and the interface is easy to navigate — as long as you have the app open, you’re never more than two steps away from creating a vine. Much like Twitter’s 160 character limit, Vine has a six-second maximum for each post. Users have to be creative with their content; only the most vital visual components make it into the final cut.

Since its launch, Vine has received a few updates. Among these updates is a feature that allows users to look at their most recent shot superimposed over the camera feed. The update helps with stop-motion effects and time-lapses, allowing users to compare shots at the push of a button. Vine also allows users to copy and paste shots, trim videos through a mark-in/out command, reverse clips and save editing projects before posting or completing them.

Like Twitter, a user is deemed successful if they have a huge following. Any of the top Viners have millions of followers, and their loop count is in the billions. How do they get there? It depends on the audience you’re trying to reach, but here are some general guidelines that may help your ascent into internet fame.

Use a specific personality or a general concept in each of your vines. You only have six-seconds to say something, so go as deep as possible into your idea rather than try to cover a bunch of different topics all at once.

If you are telling a story and want your vine to loop well, you need to plan out your shots. Be aware of what is in front of the camera, and make objects in frame count toward your theme or message.

3. Use hashtags and captions.

A good title can also give the vine a greater impact. Quite often, a headline is your concept and the vine explains it visually. Hashtags are a great way to keep trending — follow some high-prestige Viners that have similar themes to yours and see if you can incorporate some of their hashtags into your work.

You have to provide content that is consistent with your theme; otherwise you risk losing your message and your audience. Look at who is following you, visit their sites and see who they are following and what they are vining. Even though it’s your brand, it’s helpful to let others know what you are interested in, or which Viners influence you. It’s a social network, so be social!

Vine revolves around mobile use, so video quality is not a priority. You can get away with low-budget practical effects, like using fishing line to float an object. It is possible to upload a video you have already created, but Vine only imports videos through the Camera Roll. In order to get videos into the camera roll, they have to be downloaded from another source, either via app or email. This means you will probably need another app to import video into the Camera Roll, and maybe another one to convert the codec. If you need special effects, research which supporting apps best fit your OS and your needs.

The more creative your loops are, the better your vines look. Use the editing tools to copy and paste your first shot. Make a cut that matches the end of a phrase with the beginning. Then place the shots at either end of your vine, and see if it loops. Adjust accordingly. Since you can upload a video from your Camera Roll, you can edit your video with other software before posting it on Vine. In any case, try to make all music and sounds loop without hearing the cut.

Cultural references can be creative shortcuts. You have six seconds, so if there’s a sound or an image that relates to your theme, experiment with it. Be aware: as with any shortcut, references can make or break a Viner, so do some research before posting anything unoriginal.

Try to post new content at least every 2-3 days. This will keep your channel active, and give you a chance to keep up with what’s trending. Keep visiting your followers and check out what they’re doing. Reblog a few things, but don’t reblog more often than you post original content (unless that’s your theme—see Now This https://vine.co/nowthisnews).

Collaboration projects are great networking opportunities, and you can get other people’s followers to follow you, too (and vice-versa). Find a similar Viner and contact them with a collaboration idea. They will probably appreciate that someone wants to work with them — especially if you have some unique followers. At the very least, you can collaborate on what hashtags to use next.

The more social media sites you have attached to your Vine channel, the better chance you have of getting someone’s attention with your hashtags and captions. Make sure everything is consistent between them to avoid search engine confusion, and stay active in each network.

Creating a great vine is a lot of work, but most of the success comes from persistence, consistency and networking. These tips can help you stay sharp on your game, but the field is always changing. Stay connected and you’ll adapt just fine.

Instagram released a video sharing component for their previously picture-only storytelling network. Which is better?

While Vine limits its users to six seconds per video, Instagram allows up to 15 seconds. Both have the same minimum of three seconds. Instagram does not allow for any video editing however, so if you want cuts, you have to do them before you upload content from your library. For some, that may be a small price for the added time, but the simplicity of vine’s editing and its six-second limit may be a point of creative pride for many users.