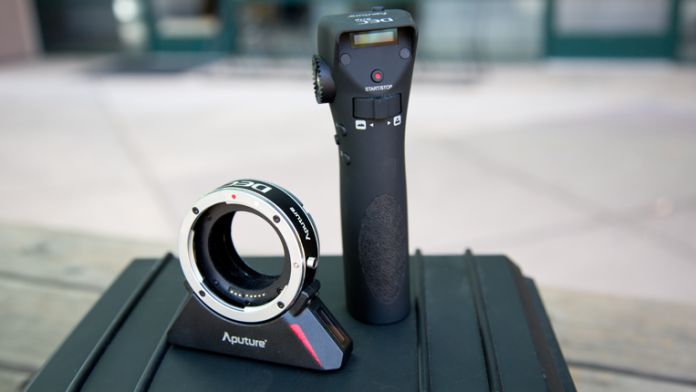 Like any self-respecting filmmaker, you made the wise choice of spending the bulk of your gear budget on high end lenses, knowing that cameras come and go but great glass lasts a lifetime. Now the time has come when the Canon 5DMKii is no longer the hot new kid on the block and maybe the Mark iii didn’t live up to your expectations, so you chose to make the move to something different, something like the Sony FS7 or the a7S, but there is a problem — Sony uses the E-mount and you're stuck with a new cars worth of beautiful Canon EF glass. In order to mount those sexy L lenses to your new toy, you need a lens adapter.

The adapter market is flooded with a plethora of choices ranging from the cheap Fotodox adapter with no electronic control for around $50 to the leader of the pack, the Metabones EF to E adapter for around $400 with full electronic control. If you’re willing to shell out the dough for something like the Metabones you may be able to get a lot more for your money than something that just to gets your lenses to work. You could get something that until now was only available to high end producers, a wireless follow focus and aperture control system. The new Aputure DEC E mount adapter does just that by utilizing the internal autofocus mechanisms to remotely control focus.

Aperture Global is a Chinese based company who specializes in building budget camera and filmmaking accessories such as matte boxes, follow focuses and monitors, and they made a big splash at NAB last year when they announced their new revolutionary tool, the Aputure DEC adapter.

This tool is especially exciting for filmmakers who are using Gimbal Stabilization rigs such as the MOVi or the Ronin where pulling focus is near impossible without a wireless system, but even if you can spends thousands on a system, they generally add a tremendous amount of weight and bulk to your rigs with batteries, motors, gears and transmitters. What makes the Aputure DEC so revolutionary is a that you do not need any additional batteries, gears or motors or even 15mm rods to mount it on, the entire focusing system is built right into your existing auto focus lens and the adapter just acts as an interpreter — most excellent innovation.

Control of the lens is done through a handle that enables you to rack focus and adjust your aperture through a couple thumb and finger dials.

Control of the lens is done through a handle that enables you to rack focus and adjust your aperture through a couple thumb and finger dials. This handle was clearly designed to be attached to camera rigs with all controls, including a start and stop button, accessible with either the thumb or index finger. The Aputure DEC even came with a clamp that allows the handle to be attached to a 15mm rod system or handheld gimbal stabilization rig.

On both the DEC adapter and the handle, there is a an LCD display that indicates both the focal length and f-stop. Both units are powered by an internal lithium battery whose duration has yet to be reached over the several days this unit was tested. The focus knob is pressure sensitive and allows you to control the speed at which you focus. Aputure also built into the handle an A and B button that acts as hard limiters so that the individual pulling focus doesn’t push past their mark.

As nifty as this new technology is, the real question is how does it function? The coolest new toy is worthless if it is unusable on a shoot. Keep in mind, though, that the adapter we received from Aputure Global for this review was labeled “Prototype,” so any issues we experienced may not be present in the final product.

As far as the functionality of the adapter itself, it worked perfectly with little or no vignetting. The build is solid and the lenses all lock in perfectly. There is a serious design flaw though. This review was done with the Sony a7S and when the adapter was attached to the camera, a portion of the adapter, likely the transmitter and battery compartment hang about three quarters of an inch below the camera, making it very difficult to impossible to mount the camera to a rig or tripod. The unit did come with a small extender that is essentially a one inch tall and half inch wide tube that lifts the camera and adapter above the camera plate, but because the bottom of the camera is not making contact with any part of the plate or tripod or whatever the rig, all the camera weight is on that small screw going into the camera. We were very weary that the screw would strip out the threads in the camera. Use with caution.

The nifty remote follow focus is very cool and if you're shooting mostly on a stabilization rig or a dolly or jib than something like this is necessary. This is a fantastic first attempt and will only improve over time. It would be great if future builds allowed the camera to talk to the lens. The biggest downsides are that the product is not compatible with beautiful zeiss lenses or any cinemas lenses that have no internal focusing system and the design flaw preventing direct mounting to a tripod plate with some camera models. That being said this is still a really cool product.

Jason Miller is a professional filmmaker, editor and visual effects artist whose work
can be been seen in feature films and national marketing campaigns.