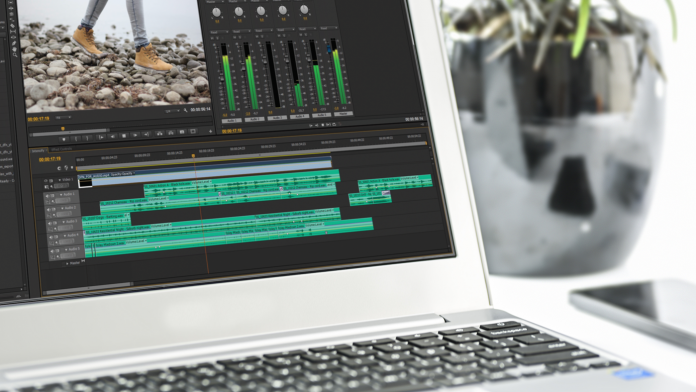 If I were to sum up sound effects into a single word, that would be “control”. They are an extension of the same control and craft that allows filmmakers to best tell their story. To that end, sound plays a huge and important part of that story.

A sound effect is any artificially created or added sound that is used for the purpose of replacing, enhancing or altering a video’s soundscape.

Location sound for all of its merits, even when captured well, cannot be expected to be a one size fits all solution. Environmental details will not possess the weight and fidelity of their overdubbed and synthesized counterparts. Capturing quality dialogue is the name of the game here. Ambient sound, if desired, should be captured in separate runs. Remember to capture a selection of ambient sound for each location you shoot at.

A common, yet admittedly less glamorous, sound effect is footsteps. A footstep on its own might seem innocuous, but what if you want more than a recording of the scrapy pitter-patter of feet faintly shuffling against a concrete floor? Your only options are to record foley footsteps or to add and edit footsteps from an archive. Even stock footage is heavily edited in order to fit a role; by definition it becomes a sound effect.

Using sound effects is the better course because of the added freedom and control it provides in creating a convincing result. This is especially true when working with scenes featuring video effects. I don’t think going on set to film and record an erupting volcano or a space battle are feasible options. These scenes will entirely depend on your ability to record, create and mix an exciting and believable sonic palette.

The mention of space scenes above brings up the point of sound in space. Space is a vacuum, so therefore there is no sound. Popular sci-fi films beg to differ and have long espoused the joys of sound in space. The glorious sounds of lasers, torpedoes and hyperspace!

Traditionally, shows and films like “Star Trek” and “Star Wars” have groomed us into expecting a detailed aural narrative. More recent shows like the rebooted “Battlestar Galactica” and “The Expanse” have given us the chance to enjoy a more subtle take on spacefaring, one that uses much more silence, broken with the occasional punctuated puff of maneuvering thrusters.

Art does not always mimic life and as long as the final product is convincing and adds value, I would say it is a job well done. A lot of the scenes from the works mentioned above would have been nowhere near as thrilling or memorable if they literally and figuratively existed in a vacuum.

Art does not always mimic life and as long as the final product is convincing and adds value, I would say it is a job well done.

Sound in general breathes life into the visual world. It reinforces our perceptions of the size and character of a space, the distance of an object or a character’s tone. Sound effects do just that by complementing the production’s aesthetic.

The events of a scene take place both onscreen and offscreen, sound cues are crucial to delivering that information. Examples include footsteps or doors that indicate the entrance or exit of characters, environmental factors like crowd noise to create the perception of numbers, offscreen explosions to add depth to battlefield and the persistence of sound to tell you that what you just saw a moment ago is still there.

A Sense of Imagination

Most of the sounds we take for granted are the result of years of evolution in filmcraft. Everyday sounds like footsteps and cars, extraordinary sounds like gunshots and punches. These have all taken on a hyperbolized interpretation– to the point where we have accepted their movie counterparts as the preferred interpretation. You can see this when kids play: cars are always high revving and screeching around, toy guns sound like hand cannons, and fake punches sound like they can take a building down.

Sound effects have trended in the direction of becoming deeper and meatier. Wooshes now rumble because they take place in slow motion. Swords’ swings and strikes are slow and stylized for maximum effect and sound thick and metallic rather than tinny. Fast movements focus on the quick succession of the sound landed and deflected blows, rather than whooshes as arms move through the air. Music is injected to add intensity and rhythm to sequences.

This to me sums up a fair amount of modern fight scenes and sequences. While films are known to borrow and take inspiration from older cult genres, the fidelity delivered particularly in the last 20 years has allowed them to take ownership.

The Wachowski sisters took the aesthetic of Hong Kong martial arts films and adapted them in a way that made them their own through the “Matrix” trilogy, while also paying tribute to their roots. These scenes feature the original’s renowned choreography while taking the presentation to new heights through quality sound effects and music that gave meaning to every movement and added bucketloads of atmosphere. To this day the soundtrack from the original “Matrix” film remains one of my favorites because how well their use of Rock, Electronic, and Industrial music suited the film’s scenes.

A little further down the road comes the “Lord of the Rings” trilogy — films that delivered a believable fantasy experience in part because of tremendous production value and attention to detail. The sets were detailed and expertly blended with CGI, the acting and choreography were nothing short of committed and the sound and score were equally tangible and believable.

When comparing these two highly fictional films, you can’t help but feel that the “Lord of the Rings” almost feels more true to life, despite taking place in a completely fictional world. Fantasy content aside, the soundscape sold its version of reality. The Nazgul played on the existing baseline of large beasts created by films like “Jurassic Park.” Their shrieky call isn’t so impossibly layered that it borders on inconceivable; instead, it is terrifying and relevant to its on-screen appearance. Their offscreen presence is announced again by that shrill shriek. Additional cues to their size and location are given by the slow rhythmic whoosh of their wings — this is no humming bird. Its success is proven by the fact that anyone today will relate that sound to a Nazgul.

Let There Be Titles!

Titles and motion graphics have always inspired memories of sounds, bangs, thuds and whooshes. This next section explores some of that history while also looking at how titles and on screen text have evolved.

Take the Neversoft logo from the now old “Tony Hawk’s Pro Skater” games, this is a good example of whimsy sound effects that stay in tune with game’s friendly skater punk aesthetic. The logo will feature the letters dropping in with loud thuds, while some take on the eyeball used for the “O” comes crashing and causing a calamity before spear drops down and impales the eyeball. This is also a good example comic violence and whimsical sound effects that feel well done and satisfying.

Music can be used to accompany title credits in an active role. The opening scenes of the “Fellowship of the Ring” feature the “Lord of the Rings” text. The title text fades in and out with a string crescendo. This opening sequence is filled with mystery and suspense as we are told about the forging of the ring of power; the music heightens and reinforces that tension. The appearance of the title text accompanies that rise as we are being told about the dark Lord Sauron.

And finally, with what can be considered as one of the cooler uses of sound, the THX sequence. The trademark fades as it climbs up through the registers, which has a way of planting itself in your mind in a way that is difficult to forget. This is a great example of sound design, branding and originality.

Good sound effects in scene title or graphic usage can also be seen in “Mythbusters.” Their transition sequences make great use of sped up video and audio of illustrations, grinding, dropping, and burning confirmed or busted signs.

As always you should always be thinking ahead and coming up with ideas during production, but when the dust settles and the film is cut, the choice is yours about which way to go. Given today’s tastes, we have seen a resurgence in nostalgia and a step away from hyper-realism, but sound effects and sound in general should work with the mood and setting of your video and not against them.  If an idea feels right and it sticks with you over the next day, chances are you have made the right choice.