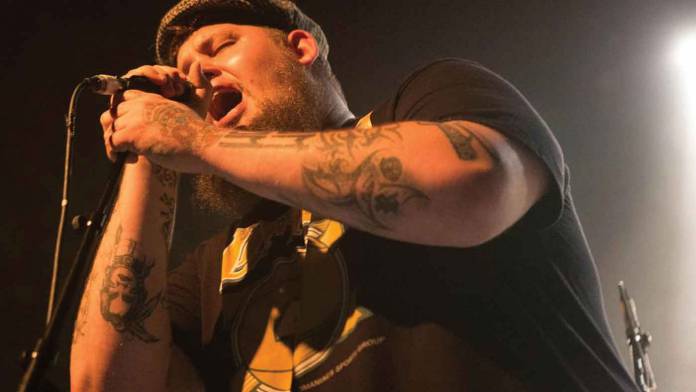 Choosing the right music–whether you’re playing DJ around your friends, or doing something more serious like working on a video for a client– can be a hard choice. Our tastes in music are subjective and sometimes difficult to explain. People might like a song or artist for a variety of reasons, but that isn’t to say that consensus is impossible. The sections below explain different ways of analyzing musical candidates and connecting them to your video.

You should base your genre, instrumentation and dynamic range choices around the concept of the video. Consider the scene’s qualities and ask questions like: is it fast or slow, fluid or cinematic? Does the video have a defined pace that builds to a head?

Genres and instrumentation are closely tied and also vary depending on period. Contemporary genres include modern pop music, electronic music, rock, and hip-hop. Older genres include and are not limited to: classical, jazz and classic rock.

Instrumentation will broadly define a genre up to a certain point. Popular music tends to heavily borrow and rely on instrumentation brought in by other dominant genres. The period between the 1920s and 1950s saw a lot of blues and jazz influence. The 1950s brought about electrification that peaked in the 1980s, big guitar and big drum sound in everything from hair metal to Madonna. The 80s also saw the adoption of sampling into the mainstream, and the steady march towards hip-hop and next wave of electronic dance music.

The concepts of rhythm and tempo reach beyond just music. Video editing and the timing behind it are at work here as well. To find a track that meshes with the pace of your edit, it helps to understand certain musical conventions.

For instance, in just about any contemporary rock track that uses a 4/4 time signature and features a drum set, the kick will land on beats one and three, while the snare lands on two and four. This backbeat can easily be replicated across a single or multiple bars as good points to cut when needed.

Most Western music works in 16 and 32 bar phrases that form the basis of a the verse, chorus, or bridge arrangement. For example where the verse is (A), chorus is (B), and the bridge is (C); a typical song can be broken down as A, B, A, B, C, B.

Radio edits exist by virtue of cutting down songs along their natural phrasing lines, as well as shortening or removing intros and outros all together. This strategy can work well in video editing when the song you want to use is too long for the video it will accompany.

Taking a video that is both literally and stylistically mechanical can be paired with music that counterpoints the on-screen motion and edits.

“The Matrix” will appear as an example again later on, but I would like to bring attention to a few of the stylized aspects of the movie. First of all, it is firmly grounded in its time period, the late 1990s. The visuals and musical style serve as a monument. Bringing the best of 90s rock and electronica, whilst paying homage to past eras. All of this came together into what is one of my all time favorite movies and soundtracks.

While the music itself tied the movie to a specific time period, the video content itself ran in contrast. “The Matrix” featured highly cinematic scenes modelled after classic martial arts films framed in the context of modern music and pacing.

“A Knight’s Tale” is another great example of counterpoint: throngs of medieval crowds gathered for jousting tournaments, behaving like modern sports fans, and chanting along to Queen’s “We Will Rock You.” The result was nothing short of brilliant!

Target video aside, the normal sound ground rules still apply. To that end, music is still a sound. You can choose to place the music anywhere on the soundstage and decide its dynamic range accordingly.

Diegetic music in your video can be an effective means of humanizing your world and giving character to a scene or location. Let’s take a fictional scene from a 60s period feature: A character walks past a nightclub’s entrance where a very prominent show bill shows Jimi Hendrix is currently playing with the sound of “Purple Haze” clearly audible. It doesn’t matter if this scene took place in San Francisco or London. What matters is that it adds plausibility to the scene and gives the audience a chance to emotionally resonate to it.

Non-diegetic sound and music are not part of a scene’s world. The first of the “Matrix” movies, besides featuring lots of awesome music, provides a good talking point. In the scene with the woman in the red dress, the song in question is Rob Dougan’s – “Clubbed To Death (Kurayamino Mix)”. The scene has Morpheus and Neo walking through a sea of people. The music provides a driving backbone to what I consider a stylish walking tempo.

The music in this scene functions as a backdrop and replaces the environmental sounds in a way that does not feel hollow.

Music with a Purpose

These are a few of the questions you should ask yourself when making a musical selection.

Taking a seat back for a moment from the criticisms that “Mass Effect: Andromeda” faced and setting aside the fact that I for the most part liked the game, warts and all, let’s look at the following example.

The official launch trailer for “Andromeda” was nothing short of excellent, for reasons I will now explain. The video uses vocals from Rag’n’Bone Man’s song “Human”. The music is mixed in with the trailer’s own cinematic instrumentals.

There were moments, especially earlier in the trailer, where quieter segments are used as transitions. You can clearly see the positive effect that quiet or silence can have. It can be viewed as the equivalent of taking a deep breath before the plunge.

For me, the trailer did its job on account of triggering goosebumps that teetered between excitement for the game’s release, how the music contributed, and general appreciation of a good bit of promotion.

A friend of mine referred to “Royal Blood” as the hottest act to come out of the UK (mind you this was 2015). This sentiment has reverberated around many a marketing department as product features had hit songs tagged on.

We will use this late 2016 Nissan Qashqai advert as an example. The song used was “Figure It Out” by Royal Blood.

You quickly see that they were trying to use the song title and repeated lyric “figure it out” and “can’t get you out of my dreams” to play along with the editing. The relationship comes across as one way because the advert relies on a current hit song to grab the viewer’s attention.

The cues are simplistic and transparent and while the video and editing themselves are done well enough, I don’t see myself pining over the commercial or the car that it’s selling. Then again, when was the last time a car commercial made you want to buy a car?

Choose your music wisely, edit it down to suit your needs. If it doesn’t add anything, try reconsidering your choice or try another idea. Don’t be afraid to be creative!