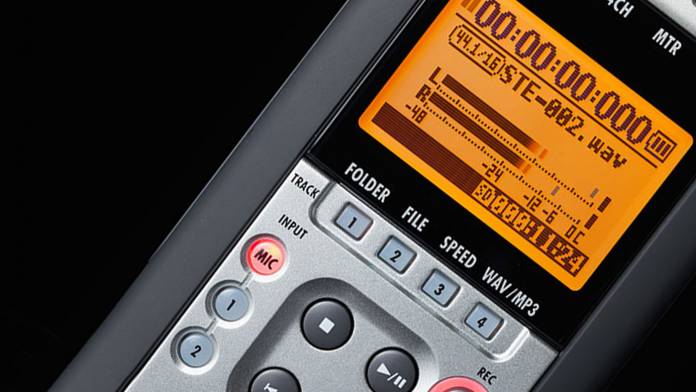 Most mistakes can be avoided with organization and preparation. This can be in the form of a written or mental checklist and the thoroughness to check your work. Some of these errors are easy mistakes that are part of the learning process and go away with time and experience. Some are the result of a deliberate action or lack thereof. While others seemingly land themselves in your lap and have to be dealt with regardless

Most mistakes are actions of omission, the act of failing to do something that causes issues down the line. When progressing through the learning stages of any discipline I find it useful to be extra mindful and to take notes of whenever you catch yourself making a mistake or deviating from an established best practice.

The first step is to understand your equipment. If you are entering a situation where equipment is being provided, it doesn’t hurt to read up on the specifications and to shed some light on any possible unknowns. I would say the same applies especially to your own gear. This kind of knowledge will make sure you use the right equipment for the job and avoid any nasty surprises.

Forgetting to arm a track for recording or to supply a microphone with phantom power are common newcomer mistakes and can have a massive effect on your production.

Forgetting to arm a track for recording or to supply a microphone with phantom power are common newcomer mistakes and can have a massive effect on your production. There have also been cases of placing a front address microphone in reverse. Learn what the results of these mistakes are ahead of time by taking a moment and finding out. An unarmed track will record silence, an unpowered microphone will either be silent or extremely quiet, and a reversed microphone will sound muffled and hollow.

Which leads us to the important practice of checking your levels and getting some test recordings or passes in before you commit to recording. Regardless of whether you are on set or in a studio, you should stop and double check everything is in order and that you are getting good sound. This is a great way of saving yourself the embarrassment and trouble caused by recording several amazing takes of silence.

The mistake to avoid here is finding yourself with a project with multiple takes and inconsistent timing. The lesson to learn is to not deny yourself the tools that can benefit your work.

If you feel that recording to a click is the better course of action, you should probably take it. Some musicians consider click tracks offensive or that they somehow detract from the purity of their sound. In fact, musicians are advised to make a habit of practicing to a metronome. There is absolutely nothing wrong with using click tracks and it only opens more doors down the road.

Comping is the digital process of recording multiple passes and scrubbing between them to mix and patch elements from different takes. Using a click track is strongly recommended since it allows for the takes to line up. The analogue equivalent was to splice multiple pieces of tape together. Comping is far more accurate since we can get down to the sample level during editing. This works well for both music and dialogue.

These tools not only help to produce cleaner takes but also contribute to the creative process by creating new possibilities that the musicians can go back and recreate. I have comped new drum takes that drummers have liked so much that they have re-recorded songs based on the comp.

I was handed a mixing project where bottom snare track was not armed during the final takes. The band was not recording to a click track so that ruled out comping. So, was it going to kill the take? No, not quite, but it would have been nice to have. Otherwise there wouldn’t have been a microphone there. The elaborate cover up was to clone the existing top snare track and to EQ it in a way that makes for convincing bottom snare sound. In this case we wanted more of the punchy low end and the snap of the snares. Add some compression and we had ourselves a fully rounded snare sound again.

Not all projects are created equal or by the same person. Sometimes a mistake was made and missed, other times an idea occurred after the fact. Mixing can help clean up mistakes, polish what is already there, and serve as a foundation that expands on what is already there.

Other mistakes are not so much errors as they are missed opportunities. Sometimes when you pick up an existing mixing project you can come across places where the arrangement can benefit from a few small changes. These situations are served well by having a look through the song or other takes for passages that come close to what you are hearing in your head. From there you can copy the tracks over and gently massage them in with some careful editing to the lengths and timing. Crossfades are useful in minimizing the effect of overlaps. Use your ears as to judge whether the resulting edits feel natural.

I feel inclined to also include overdubs and additional recording in this category. In the case of film dialogue it’s good to establish early on when and where ADR will be required because of lacking location sound. In music terms you might decide that you need some more backing vocals, additional guitar, or extra percussion. Depending on the budget, schedule, and situation you might use sampled instruments, guest musicians, and performers. I have been in ADR sessions where the original talent’s voice was entirely replaced all together due to scheduling conflicts.

A great rule of thumb is to always record at least a minute or two of background noise when recording sound on location. This will be an indispensable tool in your inventory when you inevitably have to match ADR with on-set dialogue. Use your EQ to add and subtract frequencies in order to match the distance of your source. The low end rolls off as the subject gets farther away from the microphone.

Matching sounds can be done by using an EQ with an analyzer and selecting a high resolution, after that it is a matter of using your hearing and getting the sound as close as you can. Blue Cat Audio offers a free frequency analyzer VST, RTAS, and AU plugin. Logic Pro includes one on its default EQ. A paid alternative is available through iZotope’s RX 4 Advanced that brings a host of features that include level and EQ matching, as well as reverb reduction.

I hope you enjoyed the review of common mistakes and solutions. Who knows, maybe you even had a chance to think back on your early days in the sound game. As mentioned earlier, mistakes happen. The best you can do is to be prepared and experienced enough to gracefully overcome them and to learn from them.

Blag has a B.A. in Recording Arts from California State University Chico. He is a sound engineer and web developer with a love for music, video, and tinkering with cars and computers.