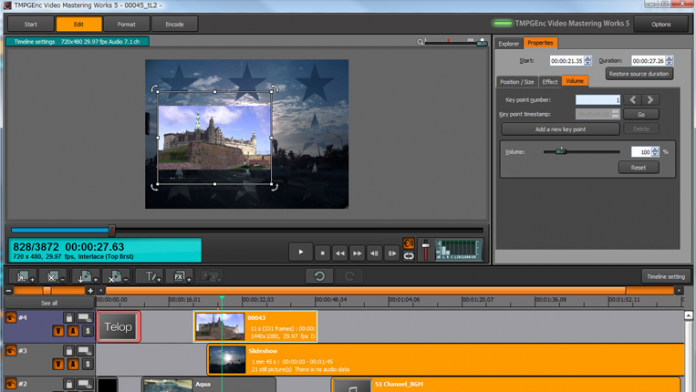 The difference between mixing and mastering is one of the easiest distinctions to make, but is one of the hardest to put into practice. The role of a mastering engineer is not singular in its approach yet it always requires the same end result of producing an item that is ready for distribution. A lot of the ideas discussed here come from a musical perspective, but they are easily translated into video production.

The purpose of mixing is to take what should already be a clear performance of the artist’s or producer’s original idea and to bring it as close as possible to the point where everyone can agree that it’s the sound and feel they wanted. Again, this is much easier said than done. It is however, not impossible to achieve.

The mixing stage has always been about a granular attention to detail. The progression from wax disc, to analogue tape, to digital has only afforded engineers greater control over the edits, arrangement and makeup of the recordings and mixes. A mixing engineer at this point will edit the recordings to strip away an extraneous noises, comp takes as needed and begin the journey of leveling, signal processing and automation.

Mastering is a much more macroscopic process when compared to mixing. It addresses the project as a whole in order to add consistency to its overall feeling, optimizing levels through compression and limiting and finalizing the track order. Considering that projects can be recorded and mixed in several studios as well as involving multiple engineers, this will inevitably mean dealing with a variety of sounds that will benefit from the added consistency of mastering.

Mastering has its origins in the creation of the vinyl master used for duplication. The transfer of the final tape mixes to vinyl is not an easy task and requires a great set of ears and in order to apply the right amounts of equalization, compression and limiting. The work is traditionally done by a much smaller selection of engineers, by virtue that not all engineers possess the ability to master. Projects are mastered in well-designed rooms that have access to some of the highest quality equipment. This is an area of work where engineers not only have audible preferences toward their equipment, but the wiring used to connect it.

As mentioned earlier recording technology has evolved from the early days of wax disc recordings where musicians performed into a horn to today’s world where we have our choice of microphones and analogue or digital environments that best suit our recording, mixing, mastering and distribution requirements.

The resurgence of vinyl over the last several years underscores the importance of mastering engineers and how their skillsets go beyond the technology and really extends into a separate art form that walks the fine line of subjectivity and preparing a product for mass production.

The Rise of Digital

Much in the same way that digital technology allows us to model microphones, consoles, speakers, and outboard gear, it can also be used to capture mastering processes and the signal flows used by mastering engineers. They can then be represented in a friendly layout that reduces the process to a few knobs and faders. The result can be seen across the many name branded plugins where the parameters are split up into several friendly and easy to use categories that can include compression, treble, bass, reverb and delay, with each category having its own grouping of presets. This is not to say that these plugins do not sound great of have their uses. For one I am fan of Waves’ CLA Guitars plug-in and how well it works with certain guitar modeling or re-amping situations. The same can be said for the L3 Maximizer and the simple and effective approach it provides to bringing a mix to an optimum playback level and adding dithering.

Mastering houses typically accept WAVE/AIFF files and in some cases Pro Tools sessions. Audio files are typically supplied as 24bit stereo tracks, and in certain cases stems can be sent in. This is common with film since it makes sense to break down the project into dialogue, music and effect stems. This way foreign language translations can be easily be added as well as any additional adjustments.

30 years ago we only had to worry about printing to vinyl and cassette tapes, the latter being the lossy format of the day. Today we are almost swamped with choices: DDP files for professional Redbook Audio CD duplication, Vinyl and digital formats like FLAC, and lossy Mp3 and AAC files. How do you possibly account for all these possibilities? Vinyl was the original challenge that necessitated a generation of golden-eared mastering engineers. CD technology introduced a whole new set of challenges, as evidenced by early CD releases and their subpar sound quality. Finally we get to digital formats that rely on lossy compression that physically strip out audio data, this has the added effect of collapsing stereo field and reducing the sense of space and depth that the mixing and mastering engineers worked so hard to create. This brings us to the concept of mastering for lossy formats and accounting for the changes that the mix will experience once it is exported at lower bitrates.

The last 20 years have been gripped by the concept of Loudness Wars where tracks are optimized to the highest possible level in order to upstage the competition. The result has been that CD and digital tracks will tend to suffer from a lack of dynamic range while vinyl versions of some albums will experience a lighter touch with regards to final compression and limiting. A great example of this is the 25th anniversary re-master of Pink Floyd’s “Dark Side of the Moon” on Super Audio CD. The disc includes both the SACD and standard CD versions of the album, with the latter lacking the large swells and transitions present in the SACD master. The SACD version ultimately bore much closer resemblance to the vinyl issue of the re-mastered album.

Does It Need Mastering?

Up to this point, this article has extolled the virtues of mastering and for good reason. However, not all projects need mastering. There are definitely instances where a well-mixed project is good enough for its purpose. These products can include demos, effects reels and dialogue tracks. Another consideration to make is whether your budget leaves room for mastering. While mastering does provide a degree of smoothing over some rough edges, it cannot be expected to rescue a bad mix. Mastering is not about damage control.

Going back to the previous section provides us with a great point to end on. The selection of digital plug-ins allow for a certain degree of mastering type work to be done at the end of a project. When you know that a project will not be sent away for mastering you can at least apply some basic mastering techniques in bringing up your final stereo mixes up to a consistent and optimum level, adding dithering, ensuring the sonic character does not shift wildly between each track and that it all flows together.