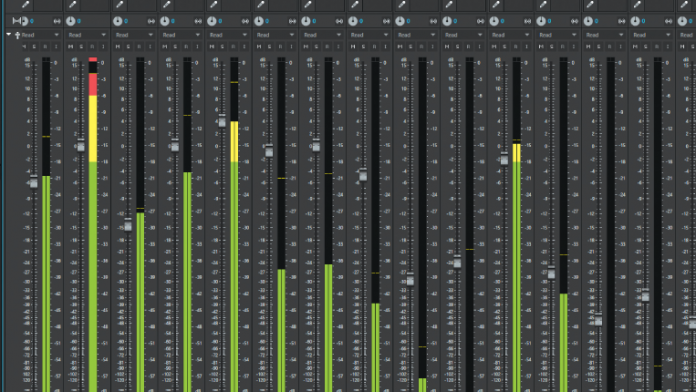 In days of yore, when SD was the only D, you needed to make a project, mixing your audio into a single stereo track was perfectly fine. These days, however, where multi-channel surround sound reigns supreme, and if you want your soundtrack to stand out you’ve got to adjust the way you approach mixing it together. Post-production in general can feel overwhelming and adding this to your workload may seem daunting. It’s not as scary as you think and can boost your final product in a number of ways.

Sound design on a video project is an art form itself and is one of the most important aspects to consider in post-production. It’s something which can elevate your project to another level and cause more people to take notice. Many filmmakers, when they’re starting out, handle nearly all of their post-production within the one editing program (doing both video and sound). Moving your sound design into a separate multi-track mixing program, however, will make life much easier.

Post-production can be an intense and overwhelming experience at times. When you’re cutting hours of shot footage into a smaller runtime, it can be daunting; not to mention throwing in transitions, motion graphics and special effects. That’s just on the video side of things!

Your final soundtrack breaks down into four parts: dialog (including any ADR), sound effects, music and ambient background noise. Couple these with all your video elements and it’s easy to see why some editors pull their hair out over projects. Multi-track mixing is a handy tool in that it allows you to focus solely on the sound design part of the project; narrowing your focus to keep you from being overwhelmed.

By keeping the different sound elements across multiple tracks you’re able to ensure you pay attention to all of the necessary sound design aspects. When working it all from a single program, it’s easy to forget sound effects here and there, or even ambient noise. While these omissions may not negatively impact your project in dramatic ways, they’ll keep it from attaining a higher level of professional quality.

On top of the organization, multi-track mixing is beneficial when you’re making broad changes to specific elements. Say you’re piecing together sound effects and ambience on the same track, and you decide you want to swap a sound effect for something new. If it’s longer or shorter than the previous sound, you’ll have to adjust everything else to accommodate the change. The room for experimentation is cut short, whereas mixing them on a multi-track makes it far easier to move things around without affecting other areas of your soundtrack.

When mixing your soundtrack, the guiding principle you need to keep in mind is balance. It sounds simple, but it’s an important aspect of crafting an effective soundtrack for your project. Oftentimes, editors try to “fix” problems they perceive with certain elements, but that’s getting ahead of the game. Balance is the key and should be thought of first and foremost when you’re mixing. From there you can adjust and fix as needed.

Simply by listening to your tracks, you can tell quickly when things sound out of whack .

Mixing software offers many tools for you to play around with, but don’t lose the forest for the trees. Balancing is a basic job. Simply by listening to your tracks, you can tell quickly when things sound out of whack  — i.e., a sound effect being too loud, dialog too soft, etc. The fader tool is enough to get the balance you want and from there you can focus on the other things you want to do with your sound design.

Part of this process also involves making sure you have enough “headroom” to work with. While many know this term from a visual standpoint, it has purpose in sound mixing as well. There’s a threshold for how loud something can be. Getting to that point distorts audio and causes clipping, leaving you with no wiggle room. If you have an audio track hitting the peak, you don’t have working space to make other sounds more prominent as needed. Simply put, more headroom equals better overall sound quality while giving you options to work with your other tracks.

Balancing your sound mix, doesn’t mean you’re making everything the exact same level, which would be incredibly bland. Real life is an eclectic blend of sounds both loud and soft, which is what you’re trying to achieve in a mix. As with balancing, your common sense and listening skills are the best tools for gauging which tracks should be higher or lower.

Sound effects like doors slamming or engines revving normally are loud enough to drown out some of the ambient noise in our lives. The same should be true in your sound mix, though continue to keep the headroom in mind. Imagine a scene where your actor is walking from his bedroom to the living room. A radio playing in the background of the living room will sound softer/muffled when the actor’s in his room, but be more clear as he moves to the living area.

Those details make for a more dynamic soundtrack, one which can take full advantage of surround sound and enhance the visual component of your film. It’s important, however, to keep in mind that some sounds may need to go against the “rules.” Dialog, for example, needs to be clear and understandable. While certain sounds in real life may be louder than the conversation you’re having, replicating that in a film may frustrate viewers.

Mixing your soundtrack is best done in a separate program, and not your primary editing software. There are a few reasons to do so, but initially it’s to keep you from feeling overwhelmed. Video has enough to keep you busy, so don’t bog yourself down more on the same timeline.

It’s dividing your attention when you need to focus on one specific element, and the solution is as simple as moving into a new program. It keeps things from being too confusing, while narrowing your focus on the task at hand. Of course these programs have viewer options to watch your video to sync up sound effects and dialog, but there’s no video editing options; meaning you can’t get distracted.

There’s a multitude of great software programs, both free and paid, that you can use for mixing your sound and adding to your post-production suite:

Cakewalk – A comprehensive tool for multi-track mixing, but has a slightly more clunky interface to get used to.

Audacity – This free and open source program is pretty impressive for what it offers, but lacks some of the features you want for a more professional result.

Adobe Audition – This is the high-end package and offers everything you want, along with a user-friendly interface that’s easy to pick up. It’s a pricey option, however, so may not be ideal if you’re only working on a couple projects.

Reaper – This is a “lighter” application, but offers a lot of great features with plug-ins that can extend it’s usefulness in other ways.
The best way to find the “right” program,” is to play around with them all, trying out the demos and seeing which one offers the best tools for what you need. The one with all the bells and whistles may look good on paper, but may not be what you need for your project.

Regardless of the program you choose, the key things we’ve discussed about multi-track mixing remain the same. Post-production can be a daunting to begin with, but don’t let that be an excuse to keep you from crafting the best soundtrack possible. While the focus of your filmmaking may be on the visuals, solid sound design can elevate your project from amateur to professional levels.

Multi-track mixing in general is a great way to organize and break up the various elements of your soundtrack to make working on them easier. Stem mixing is similar, but takes things a little further. In stem mixing, you’re taking all of the audio tracks as they relate to one area (music, sound effects, etc.) and grouping them together, similar to nesting your video tracks. This way, any changes made to the stem work across all of the audio in those tracks.

When you’re working on bigger projects, and editing as you go, this is a great tool for swapping out elements as needed. You may be using a temporary musical score with your rough cuts and don’t want to integrate the rest of your sound elements too much into it. Using a stem to group them together would make it easy to swap out the score quickly and with far less hassle.
Stem mixing isn’t ideal for every project, however. Using it as an organizational tool to keep you focused is great on big projects with a lot of elements, but for a short video, it might be more trouble than helpful. As with all things related to your video, make sure that you’re using the best techniques to accomplish your goals.