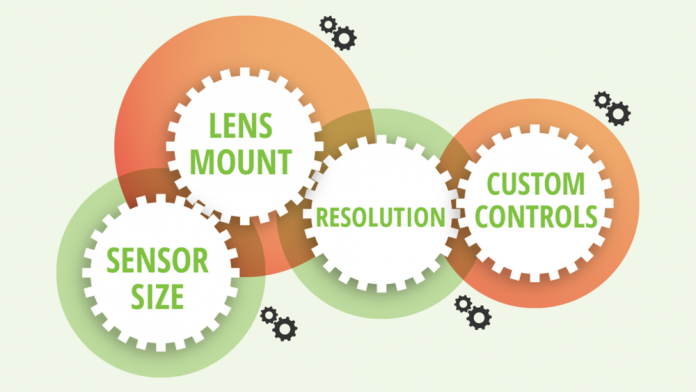 There’s a 19th century poem by American writer Edward Rolland Sill called “Opportunity.” It’s about a battle: a cowardly soldier leaves the field, complaining that his sword is dull and useless. If he had a sword like the king’s son, he claims, he’d fight that battle and win, but not with this gear. He throws his sword to ground and slinks away. Later in the day, the prince comes to the same spot, he’s wounded and he’s lost his sword, but he sees this one, lying in the dust. Ah ha! He grabs it and charges back into the fray and wins. All this to say that it’s not your gear that makes or breaks your production — it’s you.  Well, mostly you.

The most obvious example of this is still the 1999 film “The Blair Witch Project,” made for $60,000 with consumer video cameras. It created a whole new subgenre of movies and scared the pants off of a lot of people along the way. The filmmakers had a small budget that they knew wouldn’t get them professional gear but they looked carefully at what it would get them, namely a realistic home-made feel. They used that to their advantage — “The Blair Witch Project” was essentially a movie celebrating the limitations of the gear that they had.

There are many tradeoffs to be weighed when choosing camera gear. We’ll look at a few of them.

The size of the camera sensor determines how much space the individual pixels have. The more space they allow for, the larger they can be and the less grainy an image will be. Sensors are very expensive to make though and the larger they are, the more costly they are to produce. To top that off, the larger the sensor, the larger the diameter of the lens you’ll need to cover it, which means the camera gets bigger. This is why you don’t have a full frame sensor in your phone — the lens couldn’t be flush.

A bigger sensor is often better, but also more expensive and larger. Camera manufacturers have chopped down sensor size to make more portable cameras at the expense of image quality. This can (if it fits your needs) be a very good thing. You can fit a very small mirrorless camera in your purse or jacket pocket and always have it with you, but your low light video will suffer.

Beyond quality loss, there is also the crop factor to consider when looking at sensor size. Crop factor affects the apparent focal length of your lens. For instance, a sensor with a 2x crop factor, like a Micro Four-Thirds sensor, would make a 50mm lens feel like a 100mm lens. This means you may need to adjust your camera placement or lens choice to get the framing you’re after. The smaller the sensor, the larger the crop factor.

Your camera is only part of the equation — the lenses that you can put on it also matter. Buying a camera system that has a large number of useful lenses at prices you can afford is important.

You’ll also want lenses that will last a lifetime after you replace your camera body. Nikon, for example, hasn’t changed their lens mount since they started making SLR’s in the 1960s, which means, with some caveats, if you’re shooting video with a new Nikon DSLR, you can find a host of inexpensive used lenses for it that will work with it. Since the flange distance — the distance between the lens mount and the sensor — on mirrorless cameras is far shorter than on any DSLR, many mirrorless cameras will accept DSLR lenses with an inexpensive adapter. This means not only can you use your used 1986 vintage Nikon 300 f/2.8 lens on your Nikon d600, but you can also shoot video on it with your Panasonic Lumix GH5, if you’re willing to give up things like auto exposure and autofocus.

The flip side is that if you invest in a new lens system, your options may be more limited, especially if the manufacturer later abandons the lens mount. In 2015, for example, Sony announced they wouldn’t be making any more lenses in their A mount, instead favoring the newer E mount.

Not everybody has a 4K television yet, but they might become more popular within the next few years. Future-proofing is the process of anticipating upgrades and preparing your work for them. Even if you’re delivering in HD, 4K can add useful flexibility to your footage in post, allowing you to zoom in and pan across your frame without compromising image quality. 4K isn’t something you need right now, but it can make your life easier.

Custom controls: Is there a button for that?

Do you use the white balance setting a lot but never touch the ISO? Do you frequently switch between 30 and 24 frames per second? Buttons are expensive to put on cameras and not everybody wants the same one. I’ve got a camera with an Auto Exposure lock button on it that I have never pressed in my life, but I’d sure love one that lets me switch to 120 frames per second.

Many cameras have buttons that you can assign a function to, allowing you to choose from features buried in menus and pick one — or two or three — that are most useful to you. Given their druthers, engineers would love to have lots of dedicated buttons and wheels — wheels to set aperture, wheels to set shutter speed, wheels to set the white balance, buttons to playback, buttons to delete.

Somewhere in every video camera company is a team of people whose job is to keep the camera under a certain price and they, by and large, hate wheels and buttons that only do one thing, because buttons and wheels are expensive. The more that can be done through menus, the less the camera will cost because fewer buttons means less weather sealing, less soldering and fewer things to break.

When choosing a camera, you don’t necessarily need to look for a camera with lots of physical controls, but you should look for a camera that makes you go to the menu for important items as infrequently as possible. You don’t want controls that you’ll never use cluttering up space on the back of your camera, but be sure that the ones you use most frequently are easy to use — specifically things like exposure, white balance, ISO and focus.

Sometimes you have all the time in the world to set up your shot, but other times, you’re moving fast, reacting to changing situations, which means when you step through that door and suddenly everything is lit with green fluorescents, you need to know where the white balance is.

When you use a camera extensively, your brain remembers where those important adjustments are made and can do them in the background while you spend your brain cycles working on more important things, like figuring out which of the three doors the police are going to walk the mayor out through for his arraignment.

Camera manufacturers seem to delight in moving buttons and menu items, confounding your muscle memory if you’re switching to a new camera or, like many of us, using last year’s model as a backup. Panasonic moved all of the top mounted controls between their popular GX7 and GX8 micro four-thirds models.

When possible it’s always nice for all your cameras to have identical controls, but they don’t always, which means you need to practice. Knowing vaguely that the exposure compensation setting is somewhere in the shooting menu won’t do you any good when the big news story unfolds in a field of snow. Pick the things that you need to know, and consciously learn where they are in the menus and controls for each video camera that you use.

In dealing with the limitations of your camera, whether they be sensor size, lens options, resolution or control, practice and experience are the best defenses against camera usability slowing down your shoot.

If a UPS truck got caught in a time-warp and your mid-range video camera ended up in Orson Wells’ mailbox, circa 1968, you can bet he would have made some amazing movies with it. Success is made easier through technology, but it’s impossible without some modicum of talent and hard work as well. Make videos with the equipment you have, but use your equipment’s strengths and limitations as a guide. And most importantly, get to know the technology you have access to. All the features in the world won’t do you any good if you don’t know how to find them.

Have you ever heard anyone say, “This dinner is really good. What model oven did you use?” I haven’t either. Then why do people say, “Wow, great video. What camera did you use?”