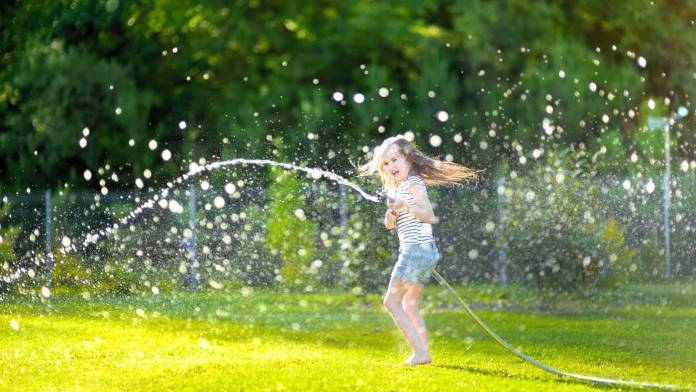 It may seem a little counter-intuitive, but in slow motion, you actually take more frames during the same period of time, so a “high” frame rate means “slow” video. Normally a video camera takes 30 frames per second and then plays back 30 frames per second. To slow down what we see on the screen, we increase the number of images that are taken each second while keeping the playback speed the same. So at 50% speed, 60 video frames are exposed every second, and when they’re played back at the usual rate of 30 frames per second, it takes twice the actual time to view them. 25% speed means that 120 frames are exposed during each second. The result of this is that things that normally move by too quickly become visible — we have more time to experience and appreciate them. This includes both things that we have seen before, like the motion of fabric as a person moves through a room, and things that we’ve never clearly seen, like the beat of a bird’s wings.

To get some insights on slow motion video, I talked to Dr. Matthew Kuchta, a geologist from the University of Wisconsin-Stout, who several years ago, bought a 10,000 frame per second video camera for his lab in order to take high speed video of rock samples fracturing under pressure. Pretty soon, he became fascinated by other applications of slow motion video. I met Dr. Kuchta in 2012 when he offered to videotape me getting hit in the face with a snowball at 1,000 frames per second, which was something I really couldn’t turn down. He’s also done far more interesting things, like dropping 600 ping pong balls onto 300 mousetraps. I asked him about the crossover between science and art when it comes to slow motion. “Watching a violent event like a bullet splitting an apple unfold millisecond by millisecond is mesmerizing,” he says, “It’s valuable for research and teaching about ideas related to conservation of energy, or momentum transfer, but it’s also beautiful. The end result is often a hot mess, but the path each particle took to get there is such a complicated ballet that you get an entirely different perspective and emotional response when viewed through the lens of a high speed camera.”

Dr. Kuchta’s Vimeo channel is filled with interesting experiments in high speed videography, including an exploding garbage bin filled with water and rubber ducks, which you might think is the pot of gold at the end of the slow motion rainbow, but Dr. Kuchta says that his favorites weren’t necessarily the elaborate ones. “After hundreds of videos and countless messes, my favorite subject is still the water balloon,” he says, “Particularly if the balloon is backlit so the light refracting through small droplets creates thousands of specular highlights. I’ve also found that slicing the top part of a hanging water balloon creates a jet of water that mushrooms out and pushes the balloon downward in a way that doesn’t look like anything you’d expect.”

Just because your camera doesn’t have a slow motion mode doesn’t mean that you can’t slow things down. Most editing software will simulate slow motion by either simply slowing down the playback rate, showing each frame twice to achieve 60 fps for example, or by fading between frames to make up for the missing areas.

Some more advanced software, like Timewarp, which is part of Adobe’s After Effects, and Twixtor, as well as Apple Motion, which is built into Final Cut Pro, will actually calculate what the missing frames should be like and add them, creating much smoother fake slow motion.

If you’re wondering where to start, here are a few of our favorites:

1. Fabric moving: A fluffy dress twirling, a flag flapping, laundry blowing in the wind — the slowed down motions of cloth can be hypnotic.

2. Rambunctious joy: Whether it’s puppies jumping on one another or children leaping through a sprinkler, slow motion allows us to appreciate joy in instants  spread out over time.

Whether it’s puppies jumping on one another or children leaping through a sprinkler, slow motion allows us to appreciate joy in instants  spread out over time.

3. Sports: There’s a reason that slow motion is a mainstay of not only instant replays but also year-end highlight reels. Slow motion gives us a way to appreciate the artistry of athleticism, to see the split second decisions of  players brought back in a timeframe that allows us to react and appreciate everything that goes into a play.

4. Liquid: Milk splashing into a bowl, soda fizzing out of a bottle, and of course, water — whether it’s water falling from the sky, from a hose or off the back of a dog, water moves in strange and beautiful ways that are impossible to appreciate at normal speeds. For maximum visibility, remember Matthew Kuchta’s advice to  back light your water if possible.

5. Things breaking: There is a joy in watching some things come apart slowly — domino buildings, Jenga towers, stacks of blocks, houses of cards.

6. Things falling: Cereal into a bowl, salt onto a table — things going from order to disorder, like a box of spaghetti spilling out, is somehow fascinating.

7. Things — especially people — in the air: Because we’re stuck to the ground, the idea of flight is magical to us. We spend a lot of time trying to fly. From the olympic long jump to a roller coaster ride, we are obsessed with getting our feet off the ground. Video of people jumping, swinging, skateboarding off of ramps captures our attention, and slow motion gives us the gift of letting that brief moment of flight last longer.

8. Complex things: A colony of bats navigating their way into a tiny hole in the side of a house, murmurations of starlings turning, seemingly as one, fireworks blooming in the sky, baton twirlers, jugglers, a bag of marbles poured down a staircase — all of these become more magical when slowed down.

9. Moments of transformation: When someone realizes victory or defeat — the faces of the fans as the winning goal is scored or missed, the faces of the parents when their child wins the spelling bee — these have an emotional resonance in slomo that is missing from their full-speed counterparts.

It is a part of the very nature of video that it allows us to see the world in a very different way than we normally see it — we can see the world from multiple points of view, from multiple angles and focal lengths completely unknown to our eyes. Technology continually augments this ability, allowing us to see in the dark or, in the case of high frame rates, to see the world that exists in between the beginnings and the ends.