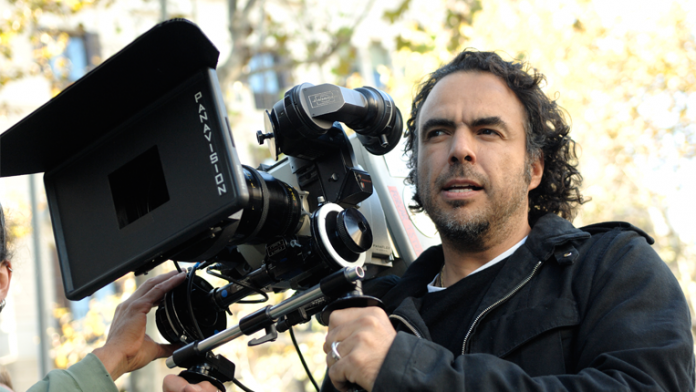 The long take or the ‘Oner’ as it’s also known has been getting a lot of attention recently with the release of Alejandro Iñárritu’s “Birdman,” a new milestone in its use. In the tradition of Alfred Hitchcock’s classic film “Rope,” “Birdman” is filmed in what looks like one continuous shot from start to finish. Granted there are a couple straight cuts towards the climax of “Birdman,” but almost all of its entire hour and fifty-nine minutes appear as if the events onscreen all happened in reality, one after another. I say it appears that way because in fact, the film is made up of a series of smaller takes, all cleverly blended together to give a single seamless appearance. Several scenes feature so many moving parts — like a full marching band, levitating actors and tons of extras — that shooting had to be broken into smaller chunks.What’s exciting about the fact that “Birdman” was broken into smaller takes is that every one of the crafty tricks Iñárritu and the film’s cinematographer used to blend to takes can be easily replicated at home. In this article we’ll talk about how film a ‘pure’ long take without the use of editing magic, and how to construct a extremely long take just like the ones seen in “Birdman.”

The How and Why

Long takes in film have been used to convey a sense of fluidity, instill the atmosphere of a setting like the cramped spaces backstage in “Birdman,” or raise tension by withholding the sense of relief a cut can give. Directors also often use Oners to set up an entire film in one shot. Long takes can provide a way to introduce key characters and drop plots hints all in one shot, making for a scene worth watching after finishing the film. Blending tricks aside for now, the most difficult aspect of filming a Oner lies in preparation and perfection. Shooting for long periods, generally around ninety seconds or more, can be troublesome if any one thing goes wrong. Several mistakes and costly resets can force anyone to reconsider. With the right amount of preparation however, a long take can actually end up saving time and be an interesting and stylistic addition to any applicable project.

Knowing what kind of rig you will have your camera on will affect your route considerably, so start thinking of what kind of movement you want to the camera to make and choose accordingly.

It’s helpful to think of setting up a Oner like you were putting together a Rube-Goldberg machine. Those complicated contraptions firing off a series of events in quick succession are a good frame of mind to be in when filming, knowing that every step of the shot has to work to move on to the next. If you prefer not to work with a script, that’s totally fine, but you’ll have to at least make some plans before starting. First know that if you are compiling long takes into one larger long take, you have several options to hide cutting in and out of a scene. Your options, which will be elaborated on in the companion to this article, “How to Edit a Long Take,” include wipe cuts, solid objects, unmoving scenes and cropping along solid objects. For now keep in mind a cut in and a cut out will be necessary but for the moment start thinking about planning the long take itself. Think of the movements and lines you want your actors to speak and start visualizing your intended route. Knowing what kind of rig you will have your camera on will affect your route considerably, so start thinking of what kind of movement you want to the camera to make and choose accordingly. If you want a POV feeling, moving as if you were part of the action, a shoulder mount or a gimbal would be a good choice. Gimbals provide stabilization, are versatile in small spaces and give a bit of a gait as if you were in the perspective of someone walking. If you have a big budget or some craftsmanship, camera cranes are great for perfectly smooth movement and give the option to add vertical movement to any scene. For more information and ideas check out this article on stabilization tools and techniques.

A String of Compositions

At this point you should be able to start forming a vision of what your viewers will see and what kind of shots you can compose along the route. When filming a long take, you are basically setting up several compositions and bridging them all together, so now is a good time to find some compositions you like and string them all together to make the initial rough draft of your take. Once you have this sketch of the route you’ll be taking, go through the motions with your actors and you can start blocking and setting down some marks. Once you’re all on the same page and you and the actors know everyone can get from each position to the next, you can start setting up your lighting and sound. Keep in mind instances when you will be orbiting around objects and characters; lights become very difficulty to hide so using practical lighting for long takes can save a lot of stress but may require some extra work in post. If you choose to use more than practical lights, make sure you’re setting up your lights so they aren’t visible anywhere along the shot and remember if you need to, you can move lights after hitting a mark. Don’t forget to assign that task to someone though and include it in your order of events. Capturing sound is less of a headache given audio capturing devices are easier to hide and wireless lavaliers fill the need for size, portability and reasonable price so well. A extra shotgun following the action, though, is never a bad choice.

Now that you’ve planned your take you can start rehearsing. Run through the take several times so everyone knows their marks and how to stay out of the camera’s way. If it helps, making a final order of events for everyone can help keep everything in line and solidify certain cues based on dialogue, camera movements or anything essential within the shot. Don’t be afraid to shoot a cut away after the long take as well. If you’re not married to your final product being entirely unbroken, a cut away can be a great back-up. In the editing room a cut away can save you from unseen mistakes during shooting, give room to make editorial changes and let you use the first half of a take and the second half of another, letting you capture your actors’ best performances. Now, rehearse one more time and aim for perfection! Sometimes, I like to run through a ‘final rehearsal’ once before shooting and secretly record. With a little luck, everyone will be in the zone and a little off guard. You can sometimes capture some outstanding performances this way. If you’ve done all of your preparation before starting though you won’t need luck to capture your perfect long take.