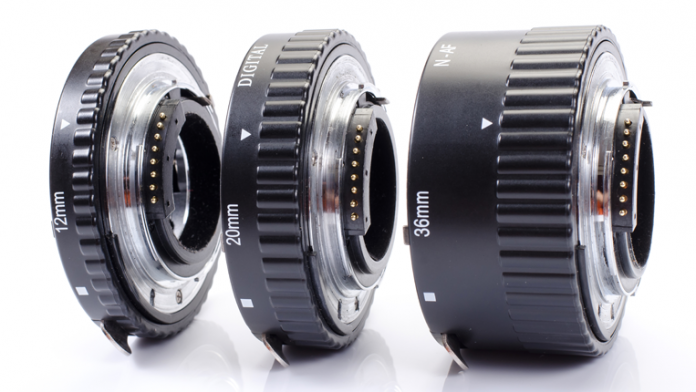 Your camera is basically just a light-tight box. The lens is where a lot of the magic happens. From a fisheye with a 180 degree field of view to a super fast telephoto, lenses give you perspective, add mood and determine the frame of your movie.

The kit lens that comes with most cameras is okay at many things but is excellent at nothing. For that wow factor, you need to step away from the kit lenses. There are two things that pair a lens with a particular camera: the mount, usually a proprietary series of flanges that connect the lens to the body, and the Flange Focal Distance  — also sometimes called the “register” or the “flange to film distance” depending on what party full of camera nerds you’re at. This is the distance from the back of the lens to the image sensor. The flange focal distance is determined by the manufacture based on a number of physical requirements. When cameras without the pentaprisms and full frame sensors of DSLRs were designed, the focal plane distance could be smaller because they no longer needed to house an internal mirror. The longer the Flange Focal distance of a lens, the more camera bodies you can use it on, and conversely, the longer the Flange Focal Distance of a camera, the fewer other lenses will fit on it. So, a Nikon F mount lens, with it’s ginormous 45.5mm flange focal distance will easily fit on a Sony E-mount camera with it’s 18mm Flange Focal Distance, but Sony lenses don’t focus on a Nikon.

How does a lens adapter work?

Most lens adapters are absolutely nothing more complex than two mounting flanges with a length of pipe between them. Lots of reputable companies like Vello, Fotodiox and Novoflex make a huge array of adapters — the latter two even make adapters that will let you use your medium format lenses on other cameras — but the field is also wide open to a large number of no-name manufacturers from China. In the past, I’ve made choices based solely on price and aesthetics.

Most lens adapters are absolutely nothing more complex than two mounting flanges with a length of pipe between them.

The upside of this is that you get an inexpensive adapter; the downside is that they occasionally have very difficult lens decoupling levers and that the screws occasionally need to be tightened. Your mileage may vary, but since there are no optical components in most adapters  — we’ll talk in a bit about ones that do — the most you’ll usually suffer from an ebay purchase is a sore thumb. When Optika came out with their inexpensive 85mm 1.8 in Nikon mount, I found it was significantly cheaper to buy one with a dedicated Nikon to micro four thirds adapter than it would have been to buy a native 85mm 1.8 lens (Videomaker had a look at 35mm lens adapted for video in 2008, you can read about that here.

A Whole World of Legacy Lenses!

Since Flange Focal distance have mostly done nothing but decrease, this means you can put almost any 35mm film camera lens on almost any micro four thirds or other crop sensor camera, giving new life to lenses that might have been on shelves for years.

A used $900 300mm f2.8 Nikon telephoto from the 1980’s becomes the equivalent of a 600mm f2.8 on a Panasonic Lumix, bringing the possibility of some great video of Bigfoot closer to you at fraction of the cost.

There are a few catches — one is that since lens adapters are little more than pieces of pipe, you almost always lose most of the modern functions of the lenses, such as auto exposure and autofocus. The Metabones speed booster actually does maintain autofocus, but they warn that it’s very slow. Another catch is that if you’re using a cropped sensor, your wide angle lenses won’t give you the same wide field of view that they do on your full frame camera.

Recently a new type of lens adapter has come on the market, a telecompresser, which is exactly the opposite of the very common teleconverter — it reduces the magnification of a lens, allowing the use of full frame lenses on cropped sensors with a field of view similar to what you’d get on a full frame body. (In an earlier review, Videomaker called the Metabones speed booster “almost magic” – you can see that here. Since the light gathering capacity of the lens isn’t diminished, these also have the side effect of funneling more light onto the sensor giving you an increase in speed without the corresponding grain that a more sensitive ISO would give you. Think of it as putting a mason jar outside to collect rain, next to a mason jar with a wide funnel on top of it.

Can I use a speed booster with my full frame camera?

Yes and no. You can physically attach one, but it’s like looking through a telescope backwards — the speed booster reduces the size of the image projected on the sensor, so it will vignette a full frame image.

Lens adapters can be a great way to expand the stable of lenses at your disposal. If you can live without things like autofocus and auto aperture, you can get some great video with both older manual focus lenses and newer ones still being made. Speed boosters will not only increase the amount of light getting into your crop-sensor camera, but they’ll also get you pretty close to their full frame field of view. In terms of bang for the buck, adapters can really open up your options.

Kyle Cassidy is a visual artist who has written about technology for two decades but often finds himself staring blankly at iTunes trying to find his music.