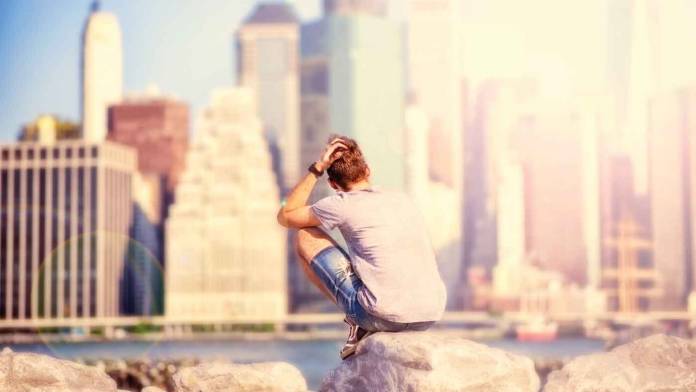 What makes you you?

Are you afraid of heights? Do you love bright colors? Or soft light? Do you often have to make do with less equipment than you’d like? When’s the first time you remember feeling loved?

These things, and many, many other things, are what make you you and different from everyone else. You’re the only one who’s had your experiences, your emotions, your memories and your affinity for the odd things that you may like that no one else seems to appreciate: the sound of celery being chopped, the word quench, things that are perfectly aligned, the exact yellow of an egg yolk….

Your style can also be based on your equipment, whether it’s the equipment you choose to use or the equipment that you’re forced to use. In college, 20 years ago now, I couldn’t afford the costs associated with 8mm film processing so I started working with a toy video camera made by Fisher Price called the PXL-2000 that recorded sound and video on audio cassettes. The camera was cheap, and for a long time it was a big part of my signature style.

Your style should come to you naturally through a conscious and subconscious thinking about what seems aesthetically pleasant to you.

Your own signature style may develop through a love of wide-angle lenses or a clever mounting or lighting technique.

Let your style come to you

Your style should come to you naturally through conscious and subconscious thinking about what seems aesthetically pleasing to you. Fast cuts? Long shots? Be inspired by movies, techniques and stories. Some things will persist and seem “right” to you.

With apologies to Strunk and White, the elements of your style are based on a number of things – but key among them are:

Camera: What are the strengths and weaknesses of the camera body you use? Is it good in low light? Is it full frame? Does it perform poorly at high ISOs? Does it, like my PXL-2000, only record for five minutes at a stretch before you need to change tapes? Perhaps you selected your camera based on its ability to reproduce the look of film.

Camera mount: Do you, or can you, move your camera during shots? Are you using a slider? A dolly? A drone? Some directors like to move their camera in every shot; others like things locked down tight. Often, this is a question of budget, but it’s also one of style.

Framing and composition: Do you religiously follow the Rule of Thirds? Do you like lens flair? Or backlighting? When George Miller directed the 2015 installment of the Mad Max franchise, he made the unusual decision to center-frame the movie. Often thought of as a newbie mistake, eschewing the rule of thirds worked incredibly well for this super-fast-paced action film because your eyes don’t have to search the frame between cuts.

Lighting: I read an interview once where a director bemoaned the fact that kids today just throw a couple of softboxes on things and then they’re perfectly lit without having to use a lot of different, focused lighting sources. The idea that there was a shortcut to nice-looking light had a big impact on me, and I started buying softboxes. I still use them a lot today, but over the years I’ve grown to understand what the original complaint was about — that softboxes often didn’t provide light that looked believable in a scene. Whether your want light that looks nice or light that looks real — or something in between — the quality of your light is going to be an important part of your own style.

Sound design: I recall once hearing a gun fire and thinking that the high-pitched “snap” sounded disappointing in comparison to the great, slow, rumbling BOOM! I’d heard so often in the movies. Sound designers spend a lot of time listening to things and also complaining about other sound designers’ usage of sounds — on one forum, one designer criticized a movie that uses the sounds of South American birds in a European forest. But sometimes, some flexibility can work in your favor. Steven Spielberg found a sound in the archives labeled “dinosaur roar” and used it in his 1971 movie “Duel” as a truck went off of a cliff. He later used the same dinosaur roar at the end of Jaws as the shark sinks into the deep – it had become part of his signature style.

Mise-en-scène: As we discussed in “What is mise-en-scène? An essential filmmaking concept,” mise-en-scène is essentially the “look and feel” of a movie; it’s made up of many things, including actors, wardrobe and set design, that can be part of your signature style if you use them from movie to movie.

Cast and crew: Many directors work with the same actors all the time, not always because they’re the best people for the job, but because they know them, know they’re reliable, and know they’ll work well together. The same is true for costumers and set designers. When you don’t need to spend extra time explaining what you want, it’s time you can spend working on other parts of your production. These people will become part of your style, and they’ll add their own bits of it.

Location: Sometimes your style can spin up around where you like to work. Director John Ford fell in love with Monument Valley while shooting “Stagecoach” in 1938 and made nine other movies there.

I’m ready for my closeup

Developing a signature style can be a lifelong endeavor. It’s something that pans out across multiple works and is comprised of deep-seated aesthetic beliefs, plus other things like availability of equipment, time and budget. It’s also something that will no doubt change over the years as you grow, learn and adapt.