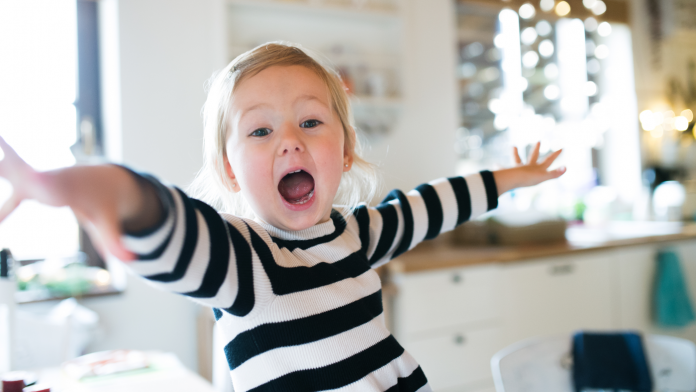 Editors are used to having to make do with what they’re given; it’s part of the gig, but it’s problematic when a piece of footage that’s planned for is nowhere to be found in the edit bay. There’s numerous causes; the media is corrupted in camera, a drive goes bad, not all the footage gets transferred, or the videographer simply didn’t get the shot. There’s no need to point fingers, there’s only a need to solve the problem. That’s where having a general contingency plan ahead of time will save you.

Let’s say you were given the footage for a touching profile piece from a local hospital. A story about how the hospital’s services changed the course of one man’s life. It’s a beautiful tear-jerker about second chances. As the edit unfolds, it’s clear the story’s climax is when the man talks about his young daughter’s reaction to his new health. There’s only one problem, there’s no footage to support this outside of the interviews.

In the edit bay there’s interview footage of the patient who tells the main narrative, interviews with his family, B-roll of the hospital experience, and individual B-roll of the main character that highlights his new health. The production crew is sure they got some footage of the man coming home and his young daughter running into his arms, but the footage is nowhere to be found.

In order for there to be an emotional pull and for the edit to set pace, you’ll need more footage.

The footage for the climax is a sequence of interview shots of the main character. In order for there to be an emotional pull and for the edit to set pace, you’ll need more footage. Here’s five ways you can replace the missing footage.

Sure, it’s an easy out, but when possible, there’s no better solution than getting the exact footage the edit needs. In this case, the editor won’t be able to recreate the magic of the patient arriving home, but there is the possibility of capturing an endearing moment between the father and daughter.

It might not be the real thing, but stock footage can provide a solution that hits the allegorical need of the story and pulls on all the right heart strings. A simple slow motion close-up of a child’s hand reaching up to her father’s may sound cliche, but it can work in a pinch. One way to take stock footage into the conceptual realm is to stylize it. This tells the audience you know the footage isn’t the real thing and the goal here is to hit on emotion.

It wouldn’t hurt to scrub through the interview bins and see if there are any shots of the main character or his family that are simple reaction shots, not speaking segments of the interview. There’s the chance that one of these reactions carries the right emotional response for the scene, or at least convey the desired emotion when cut into context of the interview. Moments like this are enhanced by using a musical score as a device to emphasize the emotional climax.

Transitions are best left invisible, as something that goes unnoticed to the general audience. However, there are times when a transition can be used to make an exclamation. In this case, you could consider the entire edit and establish a transitional device, such as a dip through black, to signal emotional beats throughout the story. The pacing of the transition is important here. If done correctly, you’ll build an expectation for the length of the transition and the audience will pick up the emotional meaning behind it each time it’s used. When you get to the final beat, the climax of the story, you can hold the transition slightly longer to build the audience’s anticipation. Then, when they’re on the cusp of the moment, you can fade out of black into the final interview statement, and it will resonate with the audience.

Although it’s a reach, one thing you will want to do is go through the shoot logs and the interview footage to see if there’s a quote in the interview that reflects the emotion of the video’s climax. If there is, find a way to cut that clip in earlier to the story and highlight that quote with a text based motion graphic when it’s stated in the sequence. Then, when the climax of the story hits, you can cut back to the motion graphic and it will look like that moment was foreshadowed earlier in the edit.

An editor’s job is to take what they’re given and make something that’s greater than the sum of its parts. There will always be edits with missing footage, some will be easy to fix and others will be a true challenge. If you have an idea of what you can do to solve a problem before you encounter it, you’ll never miss a thing.