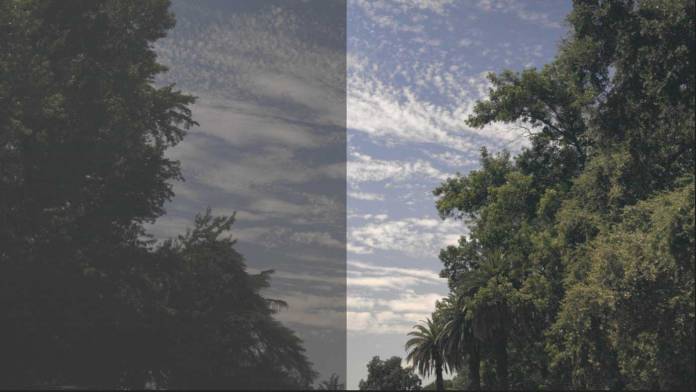 Logarithmic (Log) footage has its roots in the world of film. Eastman Kodak developed the Cineon System, a digital film system that involved scanning motion picture film into a digital format for post-production work. The Cineon System used a logarithmic function to capture, record and transfer color information to the digital format. The logarithmic function Kodak used maximized the visual information retained in the digital image.

Rec. 709 is the standardized format for color in high definition video. This is the look produced by a video camera that is white balanced and exposed properly. When a video camera is setup and used correctly to shoot a well-lit scene, the results are going to be favorable and usable for the editor. However, this doesn’t mean the image retains all the visual information that the editor desires, especially in the details of the image’s dynamic range. The recording of log footage can help to preserve these details, and is the right choice if those details are needed in the final image.

The use of a logarithmic function to maximize the retention of visual information is what connects the log footage of today’s cameras with the Cineon System. In video, log recording uses a logarithmic function curve to preserve a higher quantity of dynamic range and tonality from the image sensor. Many camera manufacturers have their own names for their log format: Canon’s C-Log, Sony’s S-Log, Panasonic’s V-Log, Technicolor’s Cinestyle, etc.  Although they have different names, the function is still the same.

In video, log recording uses a logarithmic function curve to preserve a higher quantity of dynamic range and tonality from the image sensor.

A term that many novice video editors see but might not be familiar with is LUTs. A LUT (Look Up Table) is a mathematical array that takes the input color and luminance values of an image and translates that into a desired desired color and luminance output. Editors and colorists use LUTs as a way to interpret log footage and get the image they want.

The two common file types of LUTs are 1D and 3D (cube). 1D LUTs map the RGB channels individually, and for every input value there is a definitive output value. It does this without crossing over from one channel to the other. 1D LUTs are limited in what they can do, but they they work well for basic adjustments and simple modifications. 3D or Cube LUTs are based on a 3D cube of the color spectrum and is inclusive of all colors. This allows for a much more nuanced and diverse range of color grading options. However, because of the large range of colors in the cube, 3D LUTs use a fixed number of points for its input and output, while extrapolating the data between those points for full color correction.

Editors and colorists can use the tools at their disposal, such as Blackmagic Design’s DaVinci Resolve or Adobe Photoshop, to create their own LUTs. It takes a technical understanding of color, luminescence, and color grading tools, but it can be done. Tools such as the Lumetri Color Panel in Adobe Premiere Pro CC and the Color Board in Apple Final Cut Pro X, make it easy for the an editor to work with log footage and make color adjustments. These tools are quite robust and mimic some of the foundational color tools found in traditional color grading suites.

Editors don’t have to make their own LUTs. They can use ones that are pre-installed with their editing software, ones they’ve purchased or LUTs they’ve already created. To import a LUT in Premiere Pro, it’s as easy as applying the Lumetri Color Effect to the footage. With the effect applied, the user selects the LUT through the “Input LUT” pulldown under “Basic Correction” in the effect’s controls.

Time is something all editors wrestle with, and sometimes an editor doesn’t have time to make a LUT. Fortunately, there are an abundant number of LUTs online, for free and for purchase. Sites such as Rocketstock, Premium Beat and Motion Array offer some packages of free LUTs. There are also popular third-party plug-ins and tools, such as the Magic Bullet Suite, that help the editor work with log footage.

Log footage can be intimidating and look like a shooting error to the editor who’s not prepared for it. On the flip side, log footage is a wonderful asset. It’s a format that gives the editor a clean palette, one which grants the editor greater freedom when making choices for the look of their edits. With the robust tools at your disposal, you can stitch together the color elements of your edit into a vibrant masterpiece.