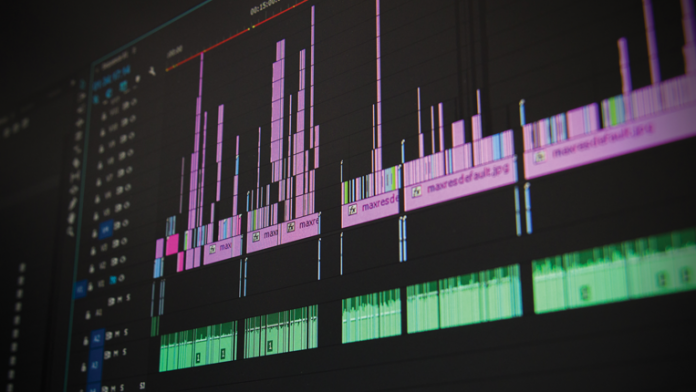 It’s not surprising that bad habits can become perpetual hang-ups in the edit bay and do damage to an otherwise good video. Many editors develop their habits without knowing they exist. This happens for a number of reasons. It could be that you’re adapting an older way of working to new post-production processes or you never learned a different way of tackling your work. Either way, you can grow by leaps and bounds if you’re able to identify bad habits and change them by practicing new techniques that improve your videos

Holding on Too Long

It’s easy to fall in love with beautiful cinematography. A good-looking shot is mesmerizing, but it doesn’t always make an edit better; sometimes it breaks it. Editing is about storytelling, it’s about pace and rhythm. A good-looking shot, when used incorrectly, breaks the pace of an edit and interrupts the story. It’s not uncommon for an editor to see the craftsmanship it took for a cinematographer to produce a well-composed and well-shot clip of video, especially when editing your own work.

It’s a novice mistake to hold onto a shot simply because the shot is there. It’s the editor’s job to cut, to reduce all of the gathered footage into a coherent story.

The danger lies in placing the value of the clip above the value of the edit. It’s a novice mistake to hold onto a shot simply because the shot is there. It’s the editor’s job to cut, to reduce all of the gathered footage into a coherent story. Break the bad habit of holding on a shot by being objective and only using the footage that’s needed to best tell the story.

In a similar vein to holding onto a shot, some editors have a bad habit of letting the dialogue roll and not cutting away from the person who’s talking. There are two problems with this. One, not everything that is being said needs to be included. You should know when dialogue has gone on too long and needs to be cut short. The second problem is that sometimes the best way to understand what someone is saying is to hear them but to see something else. A reaction shot of another character or b-roll footage of what the speaker is talking about is more informative to the audience. An editor who embraces the use of L cuts and b-roll can quickly eschew the bad habit of allowing dialogue to run on.

Not all motion graphics are created equal. There’s a reason why some post-production professionals are motion graphics designers and not editors, and vise versa. Some editors like the challenge of handling every aspect of post-production by themselves. Motion graphic creation can be time consuming, especially for an individual who doesn’t specialize in making them. Every minute spent trying to learn a new technique while finessing an animation is a minute away from fine tuning an edit that needs attention. It’s a trade off in efficiency and poor time management.

Why be normal? Because it sounds better. Just like motion graphics design, not every editor is an audio engineer. A simple bad habit that many editors have is to do nothing to correct the audio. As a result their audio levels are all over the place. Hand in hand with this bad habit is when editors only use the level controls of their editing app to ride their levels, this can cause some serious clipping while failing to solve the problem of uneven audio. A simple practice is to normalize your audio; helps correct audio levels without distorting what the audience hears.

The technical aspects of video continuously change. New cameras and new technology mean new video formats which provide the editor with higher resolution imagery. The problem exists when you don’t change your workflow or equipment to accommodate footage with a higher bitrate or larger file size. As a result, you’ll waste a lot of time in the edit bay while waiting on the computer to process and render the content you’re working on. A simple solution is to edit with lower res proxies in order to maximize the processing power of the computer. It speeds up the editing process and allows you to get more done in a shorter window of time.

Bad habits are everywhere, and they’re easy to fall into. Some bad post-production habits are merely a nuisance, while others can prove catastrophic. All you needs to do is identify your own bad habits and replace them with positive ones. Creating a new routine of good habits can be fun and will help you be more efficient while making your videos more appealing to your audience.