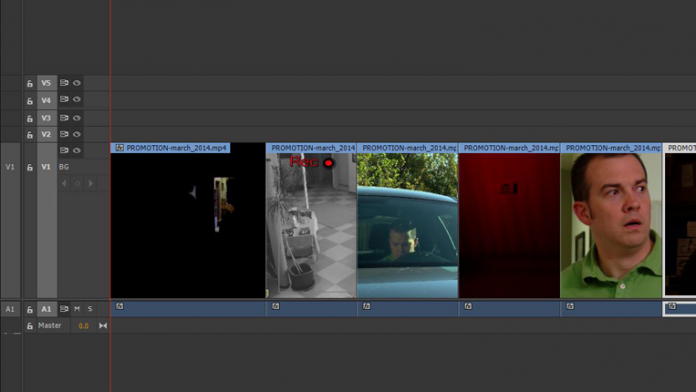 The cut, the straight transition in which one clip starts and is immediately followed by the start of the next clip, is the staple of video editing. Without the cut, there is no such thing as editing. A simple cut is nothing spectacular. It’s not apparently additive. You don’t gather elements or alter footage to build a cut. It simply exists. One clip ends and another clip begins. Amazingly, this basic technique has an incredible influence on how an audience reads, interprets, and understands a video.

The cut’s influence on an edit is more than what a cut is or what it isn’t, its influence is exerted by where it’s placed and when it happens. The timing of a cut can make or break an edit, it can change the meaning of a scene, and alter the message an audience receives. There is no hard rule about where and when a cut should be used. It further complicates the editing process that different styles of video, even different stories within the same style, utilize cuts in a variety of ways. It’s the power of the cut, and the seemingly arcane knowledge that it takes to wield it, that makes the video editor an artist and a valued member of any production.

The timing of a cut can make or break an edit, it can change the meaning of a scene, and alter the message an audience receives.

There’s an ever growing number of tutorials about how to use editing software, color correct footage, and sweeten audio. There are even tutorials about the process of editing in a particular style, such as using time ramps in action videos. There is very little that teaches about how to time a cut. There’s good reason for this, it’s not a technical skill, a craft that can be mastered by memorizing the correct steps or a technique refined by using a particular tool. The good news is that the art of placing a well timed cut can be learned, and it’s not as much of a mystery as some would think.

The best use of a cut can be made when the editor understands how a cut works. A cut takes place when one image is swapped out for another, when the context of the image on screen abruptly changes to a different visual context for the audience. As a result of the on-screen shift between shots, a cut is able to join two separate concepts together, resulting in a greater meaning than the sum of the two shots. Likewise, a cut can connect two similar images, giving the audience a shift in perspective. This shift in visual perspective informs the audience of a shift in the narrative. The cut is able to compress and expand time, it’s able to traverse great distances in a single moment, and because it happens, the viewer builds an association between the separate shots.

There are no hard rules on where and when to place a cut in an edit. It’s easy to say a cut is placed at the end of one shot and at the beginning of another, but that doesn’t constitute a good edit. It simply means that the shots are assembled into a sequence, not edited together. When a cut is placed it moves the story ahead. The audience is either informed by the edit or they react to the edit. Information and reaction are only part of the goal. The cut should also be invisible — not on the visual level; it will be seen. But, the cut should be timed so it coincides with story, so its occurrence makes natural sense by where it is placed.

Film editor Walter Murch puts forth “The Rule of Six” in his quintessential book on editing, “In The Blink of an Eye.” The Rule of Six proposes there are six criteria to be considered when placing a cut. Murch doesn’t believe that a scene’s continuity should be the primary influence. He believes continuity to be only a small part of the equation. Murch states that emotion, story, and rhythm should be the overwhelming influences of where a cut is made. He does believe the visual continuity elements of eye trace, the plane of the screen and the sense of three dimensional space are important, but to a much lesser degree. Story, emotion, rhythm; these are the things that bear weight when deciding where to cut.

The cut is the foundation of editing. It’s the easiest technique for an editor to execute, but one of the hardest to master. No two edits are the same and the simple cut is what influences each. When an editor knows their story and knows their audience, they can place cuts with confidence, knowing the edit will connect the two.