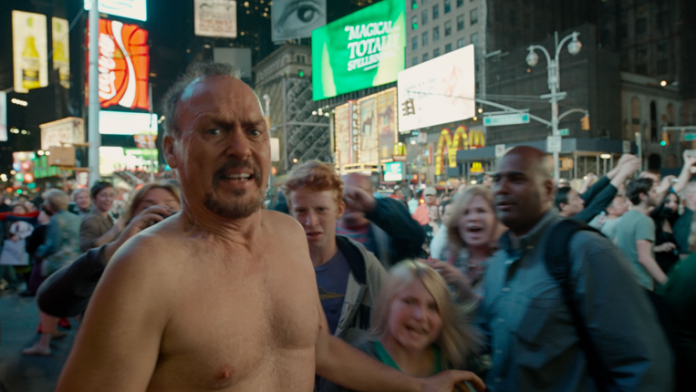 In one of the most ambitious films using long takes since Hitchcock’s “Rope,” "Birdman" explores what can be done in the unbroken space between an hour and fifty-nine minutes, but you probably already knew that. What you may not know though, is the film wasn’t actually one continuous take, and the fancy tricks used to make the film look like one long take are extremely simple and easy to replicate with a few camera tricks and some editing magic.

Several sequences in “Birdman” were so elaborate that it would have been impossible to fit into even the most jam packed shooting day. Director Alejandro IÃ±Ã¡rritu and Cinematographer Emmanuel Lubezki improvised by cutting the film into more manageable sections and using relatively simple techniques to provide the illusion of unbroken time. In your endeavour to create a long take, consider some of these simple pointers to get you off to the right start. First, when you have your script or general guideline for your film break, it into small manageable chunks. That should be dictated by how elaborate the scenes are and allow for several retakes if necessary during your available shooting times. This would be a good time to read the companion article to this piece “How to Shoot Long Takes.”

The process can be done based on time or by the available editing tricks at your disposal. The first and most exciting in my opinion is the whip pan/tilt. The whip pan is great because you can make them, or you can fake them in post. If you plan to use one, all it calls for is quick pan where you want to cut. Start your next sequence with another pan going in the same direction and at as close to the same speed as possible and you have the makings of a seamless cut. This effect is simple to achieve if you remember to match camera movement, speed and exposure as close as you can.

The whip pan is great because you can make them, or you can fake them in post.

You can see (or maybe not) an example of one of these cuts in "Birdman" when he exits the theater into times square. You may not be able to detect the cut but you can definitely see the signs of a whip tilt when the camera focuses very briefly on the ground and at regular intervals throughout the film when camera makes similar movements. Other tricks include solid colors overtaking the frame, most commonly a whiteout cause by looking into a light source, a blackout when the lens is obscured or passing a solid colored wall. Don’t be afraid to go old school either, in Hitchcock's “Rope” objects and actors obscuring the frame like the back of someone's’ suitcoat provides a good moments to cut.

Cutting on stationary scenes works as well, meaning at the end of one scene and the beginning of another, place the camera in exactly the same spot perhaps a tripod with a magnetic mount, and edit when the camera is fully stationary. In this case, make sure that both the camera and anything in front of it is completely still during the changeover.

If you are an experienced editor, you can also get fancy and crop scenes to integrate new sequences piece by piece. For example, shoot two scenes in the exact same spot with similar lighting and crop the frame where one side is the previous take and the other is the subsequent take. Plan for the action in Scene A to leave the frame for just a moment and you can cut the whole frame to Scene B, effectively fitting the two scenes together like a puzzle. The cut will appear contiguous as long nothing passes over your dissections and can provide another way to get creative introduce new sequences.

Once you have your manageable pieces, you will know exactly where you will need to place edits can start choosing which techniques you will be using and plugging them into your shooting schedule. If it's easier, you can also reverse engineer this process and choose the edits first based on context and split up your shooting up accordingly.

In post-production, assuming you have shot your scenes and are ready to start blending your takes, it should just be a matter of cutting on the edits. For stationary scenes, objects obscuring the frame and solid colors, simply line up your shots in your editing software's timeline and cut the scenes together at their most similar points. Adding a small cross fade can help if they don't match up perfectly, but if you did your homework in pre-production this shouldn’t be a problem. A little color correction around your edits can go a long way to making your scenes blend smoothly into one another. When editing a whip pan, the process is almost entirely the same but can be helped with a little bit of motion blur which you can learn how to do here. Another great trick for masking cuts is to add continuous audio throughout the cut, distracting the audience from the artifacts of your editing magic.

Now that you have finished the world's best long take, go back to the drawing board and try again. Preparation, practice and post-production make perfect!

Sky Scholfield has been producing videos for clients for ten years including National Public Radio, The Smithsonian and NGOs throughout Northern California. He now lives and works in Chico, CA for North State Public Radio