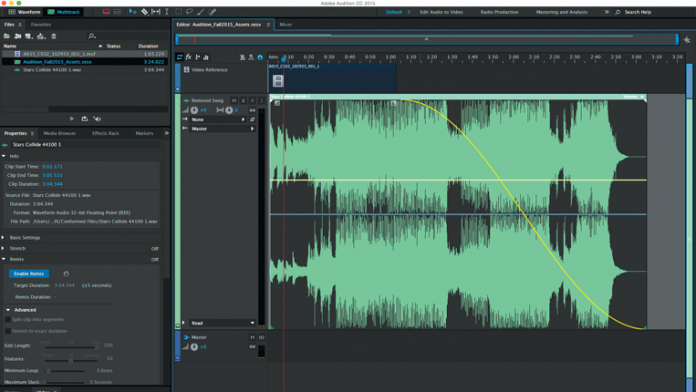 Premiere Pro CC is the heart of the Adobe post-production workflow. As such, it’s important to note that Premiere Pro CC received upgrades related to its interface, how it interacts with content on the CC platform and support for more file types.

The advent of touch screens on mobile devices has brought about the use of gestures in everyday computer interactions. Devices such as the Surface tablet from Microsoft and Apple’s Trackpad allow the user to control their software through touch interfaces instead of using traditional peripheral input devices. Premiere Pro CC and After Effects CC now have optimized interface options for individuals working in such an environment.

Adobe has developed Creative Sync to work within Premiere Pro CC. Through Creative Sync an editor has access to all of their assets and creative libraries that are connected through their CC account. Users can take advantage of the Adobe Capture CC mobile app to create color palettes, looks, brushes, and vector shapes. All of these assets are accessible directly in Premiere Pro CC.

Through Creative Sync an editor has access to all of their assets and creative libraries that are connected through their CC account.

As file format options open up and grow through expanding camera technologies, so does the need to work efficiently with these new file types. Premiere Pro CC is kept up to date with being able to handle more UltraHD file types.

Adobe Audition doesn’t always get the limelight — rarely do upgrades to Audition command attention. However, the latest upgrade to Audition CC is stunning and something that editors have desired for a long time.

Most notable is the addition of Remix to Audition CC. A time consuming task for editors is the process of cutting a music bed to length and stitching it together so the resulting transition is seamless. This includes having to match the beat of the track, as well as taking note of key changes and chord progressions while keeping it all in order. Remix allows the editor to define the duration of their edit and after analyzing the selected music track, it provides a track cut to length, while maintaining the musical integrity of the track. This single feature alone is an incredible upgrade, but it’s not the only one for Audition CC.

A common audio production technique is for the editor or engineer to cut a scratch track, a pre-recorded voice track with the intended purpose of establishing timing within an edit before an actual voice over is recorded. Audition CC will now generate a synthesized scratch track for the editor from a simple type interface. The user only has to select what preset voice they’d like to use, type or paste in their text, and Audition does the rest, creating a custom scratch track that’s ready to use.

Adobe Premiere Clip 2.0 is now available on Android mobile devices, as well as iOS devices. It boasts a new easy to use interface, one that’s built for everyday consumer use. It doesn’t feature robust professional grade tools, but through the power of Creative Sync users are able to seamlessly transfer their Premiere Clip projects to Premiere Pro CC. When combined with Lightroom mobile integration, Premiere Clip becomes a fun and useful tool for the video professional on the go. Rough edits and animatics become easy to create.

An announcement that came as a surprise to many is the renaming of Adobe Flash CC to Adobe Animate CC. This change will be taking place in 2016 and highlights the future direction of the Flash platform from being predominantly a developer tool into more of an animation tool. More details are to come, but Animate CC will optimize animations for output in HTML5, be 4K capable, and have the capacity to create animated SVG’s.

The latest updates to Adobe Creative Cloud are now available. The video applications received some welcome additions. It will be interesting to see how Adobe continues to increase the cross-functionality of their tools.