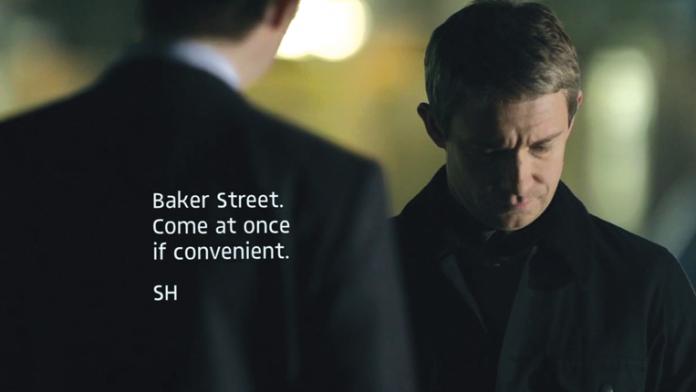 Throughout cinematic history, subtitles have earned the distinction of being the small white text interpreting foreign films while living at the bottom of the screen. DVD authoring enhanced the subtitle experience by offering the viewer the choice of turning subtitles on and off, as well as offering the choice of preferred languages. Digital delivery offers even more options for subtitles, but to this day they most often remain as simple white text.

Any video has the potential for a global audience, whether it’s intended or not. Online video services and social media make the other side of the world only one click away. Subtitles are most often an afterthought and only built into a video with the intention of it reaching a diverse and multilingual audience. One of the most difficult things in translation is to convey the nuanced meaning of certain words, phrases and colloquialisms. A generic subtitle using a monotype font does nothing to help this situation, but through the wonders of typography, subtitles can be used to express meaning.

One of the most difficult things in translation is to convey the nuanced meaning of certain words, phrases and colloquialisms.

One thing to understand is that some of the traditional ways to add subtitles and closed captioning to a video don’t grant the producer much leeway with how the subtitles appear. There’s often a limited range of placement, at the top or bottom of the screen with the options of left, center, or right justification. The producer is usually limited to using either white or yellow for the color of their typeface, which is most often limited to a few monotype fonts. With these limitations, an editor can’t do too much other than time the titles to match the dialog. It doesn’t allow for any type design that helps to enhance the viewing experience.

The limitations of older subtitling tools are no longer a restraint for editors. As a result, editors can use their graphics packages to apply the rules of typography to their subtitles. It can be as simple as sizing and placing the text on screen so it doesn’t interfere with the mise-en-scene of imagery, or instead plays with it. This is a technique often used in title sequences that utilize shot footage. Along with the placement of type, the editor can change the size of their text, even varying the size of words within a phrase to place emphasis. In this a way, a viewer who is watching without the sound, or who is unfamiliar with the spoken language of the film, will know what words carry the most meaning. It’s also a way to highlight an actor’s dynamic performance. This technique was done for the subtitles of the 2004 Denzel Washington film, “Man on Fire.”

Typography wields great power, and the use of various letterforms imparts meaning upon the words they represent. A simple font choice can change the way an audience interprets what they read. Choosing the right font for any given message is not a task to be taken lightly, and it’s one that should always be considered. The 2014 Keanu Reeves film, “John Wick,” used varying typefaces to impart meaning on its subtitles and to place emphasis on certain words. It was done not only by changing the typeface used, but the color and styling of the chosen words were changed to stand out as well. The resulting type is closer to what is found in the graphic design of posters and magazine covers than what is normally experienced when reading subtitles.

Subtitles are more than a translation device for multilingual audiences. They also have the power to inform an audience with dialog that is not being audibly delivered. The BBC’s modern take on “Sherlock Holmes” does this by using artfully crafted subtitles to display text messages that the characters receive. This is a new solution to the tired trope of  the television industry in which a character would reveal what they were reading by stating it out loud. Such dialog often fails to come across as authentic. In “Sherlock Holmes”, when Sherlock gets a text message, the audience is aware that he reads it and is also conscience of the fact that he probably doesn’t read it aloud when it comes through. The use of subtitles to display the text helps the actor’s performance to remain authentic while revealing the unspoken dialog.

This isn’t a new device. The 1977 Woody Allen film “Annie Hall” used subtitles to reveal the unspoken thoughts of the two main characters while engaged in conversation. The subtitles didn’t match up with what was being said, but they did reveal the character’s inner thoughts.

Subtitles are not just a boring device to help an audience through a foreign film. They are a powerful tool in filmmaking, allowing words to help shape and carry the meaning of a sequence. Subtitles can enhance the audience’s viewing experience and reveal what can’t be said.