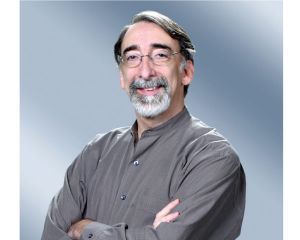 A 2014 study conducted by the University of Scranton published in the Journal of Clinical Psychology found that while 45% of Americans typically make New Year’s resolutions, only 8% are ultimately successful in achieving their resolutions. Why do so many fail to follow through on their intentions? Many set lofty and unrealistic resolutions. Others lack the discipline to do the hard work that is required to attain their goal. As a fellow videomaker, I would like to challenge you to resolve to do things that will make you a better producer of media. Here are a few ideas to help jump start the thought process.

Read the Manual – For many people manuals are the last place to look when something goes wrong with a piece of equipment, but manufacturers manuals can be incredibly content-rich. Start the year by digging out the manual that came with your camera and reading it cover to cover. You might learn about a feature or two that you never knew your video camera had. </p

Whatever you resolve to do, make your video resolutions fun and SMART (Specific, Measurable, Attainable, Realistic and Time-bound).

Replace Old or Broken Gear – The start of a new year is a great time to evaluate the condition of your production equipment. Assess the quality and functionality of your tripod, camera, light kit, microphones and cables. If you have been fastening the legs of your old tripod with gaffer’s tape, putting up with a light that has broken barndoors, a camera battery that doesn’t hold a charge, or a bad mic cable, the start of the year is a good time to finally take action and upgrade your aging equipment.

Produce Something Different – It is easy to get into a production rut where you make the same kinds of videos all the time. Combat this by challenging yourself to produce videos that are different than your usual repertoire. Make a music video for a local band. Record a series of interviews to capture your family history story. Shoot a play for a local school. Make a short film that’s a drama. Or a comedy. Or a tragedy. The secret is to stretch yourself by delving into genres, types, and styles of production that are drastically different than what you typically create.

Mentor a Younger Producer – Resolve to pass on your passion for making media to an up-and-coming producer. Look for a young person in your area who is interested in making video and take them under your wing. Bring them along on a shoot and let them run second camera. Involve them in the editing process. Many of us became who we are because someone took the time to invest their energy in us. Resolve to be that person for someone else.

Make something for nothing, and expecting nothing in return. Make a one-minute movie. Produce something start to finish in an hour. Produce something purely for enjoyment. Whatever you resolve to do, make your video resolutions fun and SMART (Specific, Measurable, Attainable, Realistic and Time-bound). By setting goals related to a hobby you enjoy you will increase the odds that you will pursue them with tenacity, which will help to catapult you into the elite 8% of successful resolution keepers.