Carpenters have tool-belts, fishermen have tackle-boxes and video producers have phones or tablets loaded with apps to help them get the job done. There are hundreds of apps available for both iOS or Android that can assist you with everything from writing a script, scouting locations, scheduling, shooting, editing and post-production. There have been award winning productions produced entirely on smartphones.

We’ve sorted through a mountain of apps out there to bring you some of the gems.

We’ve sorted through a mountain of apps out there to bring you some of the gems. Unfortunately, there’s not enough space to highlight every app that you might find useful, so we’ve narrowed it down to a few standouts in each area of the process. We’ll walk through a typical production flow and show you the apps that you might pick up along the way. We’ve got some apps that are very well-known and a few that you probably don’t even know you need.

We’ll begin our production with a concept, like every good video. You have a spark of an idea and want to get the ball rolling. The first step is to get something down on paper. We’re going to start with a script.

Final Draft  (iOS – $$$) is considered the industry standard of scriptwriting programs. They’ve brought some of the functionality of desktop software to your phone or tablet. This app will give you a properly formatted script every time. If you already own the full version, you can easily move between the desktop and mobile app.

If the price tag is a little too steep or you own an Android device, you’ll want to try CELTX (Andriod/iOS – Free). It is a fully functioning script writer that can even import Final Draft documents. The basic version is free but you may want to add on a monthly membership to get some great functions like revision tracking, storyboarding, budgeting and the ability to share a link to your finished script.

We’ve got the script almost finalized, but you’d really like to hear it read through to see how it flows. Download tableread (iOS-Free, Android – Coming soon), import your script, choose the right voices for each character, then sit back and listen. The pro version of the app costs just $2.99 but features 45 unique voices that will bring life to your script.

When the script is done, it’s time to assign some talent. Cinema Forms (iOS for iPad only-Free) has a complete library of more than 90 of the most common forms. It includes talent release forms that can be signed right on the app and then emailed or stored to DropBox.

As you start planning the shoot you going to need a ShotList (iOS-$$). This app puts a complete script breakdown on your device. The scenes can be color-coded, dropped into a calendar and rearranged with a touch. The app can then email schedule changes to whoever you need to send them to. It even features a storyboard mode.

We’ll head out to scout locations, and it would be great to bring back a floor plan. RoomScan Pro (iOS-$$) can make a complete layout of a single room or a whole house by simply touching the phone to each wall. The app will quickly create a floor plane with approximate measurements. Do you need to mark doorways and windows? No problem, just touch the frame and tell the app what you’re marking.

Now that we have a script, a plan, actors and locations ready, it’s time to get down to work.

As  you arrive at your shoot, and the actors are running through some final blocking, you want to get just the right look. Artemis Director's Viewfinder (iOS-$$$) is being hailed by professional cinematographers as the essential tool you didn’t know you needed. Simply enter the type of camera you’re using, and aim the phone’s camera in the right direction. You’ll see frames that indicate what type of lens that you’ll need to get the right shot.

And don’t forget the LightMeter Pro (iOS/Android-$). This vintage looking app is called myLightMeter Pro in iOS and gets pretty good reviews for both platforms. It will help you get just the right settings for cameras with manual settings.

Do you need an additional camera or have a major breakdown? Filmic Pro (iOS/Android – $$$) will get the job done.This app gives you full manual control of your phone’s camera with color correction and a variable speed zoom. They recently added a remote app so you can control the camera from another device like another phone or Apple Watch. This can be a great solution when you need to get a camera in a really tight space.

Speaking of remote controlling an additional camera, are you using a GoPro? Then you’ll really want to get Capture (iOS/Android -Free). They recently renamed the camera control app and added some great new features. In addition to controlling the camera, you can mark key scenes, pull stills from the recorded video and share scenes to social media right from your device.

The shoot went great! As you’re packing up, you’ll want to get the ball rolling by sending some of the footage that you shot to your editor. Open your WeTransfer (iOS/Android-Free) app. You can send up to 10Gb of video or photos by simply selecting the thumbnail and entering the email address. There's even a place for notes, so you can label what you send.

On the drive home, you want to upload a couple of shots edited together with some behind the scenes pics to your social media. There are a lot of great apps for that. One of the newest is Apple’s Clips (iOS-Free). It allows you to trim clips, add graphics, mute the audio, add music from your library or record a voiceover. You can share your finished product to social media or send a video message.

Maybe you want to start editing right away. If you are using Adobe’s Creative Suite, you’ll want to get Premiere Clip (iOS/Android-Free). This app allows you to trim video clips, adjust the color and edit shots together. Everything you do can be shared with Adobe Premier Pro through the Creative Cloud.

Maybe you want to skip the desktop computer altogether and edit entirely on your device? Pinnacle Studio Pro (iOS-$$$) is a full-featured mobile editor. You can import clips from a variety of cloud storage formats like Google Drive, DropBox or your Vimeo account. You edit on a standard timeline and there are loads of effects. Some require an additional purchase, but the ease of the touch screen may make you abandon your computer.

As you can see, there are some great tools for video production. Browse through the App Store or Google Play. You don't know what you might find. Keep in mind that even free apps might not be totally free. You might need to make an additional in-app purchase to get the full functionality of the program. Make sure that you read the descriptions carefully and find out what the in-app purchases are before you push the buy button.

As people who use words for a living, we know the value of having a writing app that goes with you anywhere because inspiration will strike everywhere. Scrivener has been a stand out platform on laptops for a decade. Last summer, they added an iOS version, making this a standout app. This word processing app does have a scriptwriting mode but, the way everything is laid out, can also help keep you organized.

The basic principal of Scrivener is that everything you write can be broken down into parts. Those parts can be arranged and rearranged, then compiled into a finished product. You can write the parts as scripts or regular text and output the sections you need as PDF, Word, RTF or plain text.

The mobile app does not have all the features of the desktop version, but it gives you everything you need in a good word processing program. By linking the app to your DropBox account you can seamless sync your work between devices or your laptop Scrivener account. If you already own Scrivener (available for Mac or PC), this mobile version will free you to roam.

A number of manufacturers have been producing apps that will control your camera. This has been seen primarily in DSLR cameras plus some of the consumer and action cameras. Each year these apps become more and more robust with greater control. For Example, Canon, Nikon, Sony and Panasonic all make apps that will control certain features of your camera, but they are mainly designed for the still photographer.

Manfrotto, known for great tripods, released an app last year that turns your iPad into a great reference monitor and controls certain camera functions. The app is called Digital Director and it’s a free download but only for the iPad. You’ll also need to the Digital Director interface unit for the app to work, an added cost. The reference monitor includes functions like histograms, peaking and zebra stripes. The larger screen on the iPad is a much better way to preview and adjust your shot. Unfortunately, it only supports Canon and Nikon cameras.

It seems like more and more companies are jumping on the app train. At the most recent NAB convention, Blackmagic Design announced that we can expect to see apps soon that will control the URSA Mini Pro. They said a camera upgrade is on the horizon that would turn on the Bluetooth functions and the release of an open protocol for developers. They did not announce an URSA app specifically from Blackmagic was being released, but they were demonstrating camera control with an iOS device.

Get ready for a flood of URSA apps and maybe even new control equipment. Grant Petty is Blackmagic’s Design CEO and he said, “Now, the possibilities are truly endless because customers are going to have the tools they need to build completely custom remote solutions of their own design using the new Bluetooth support!” 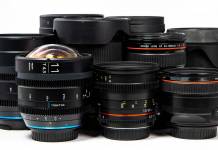 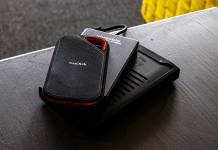 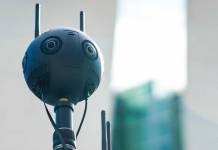 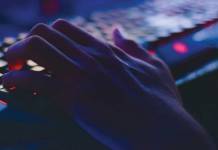 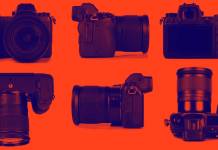 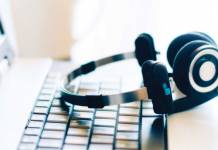