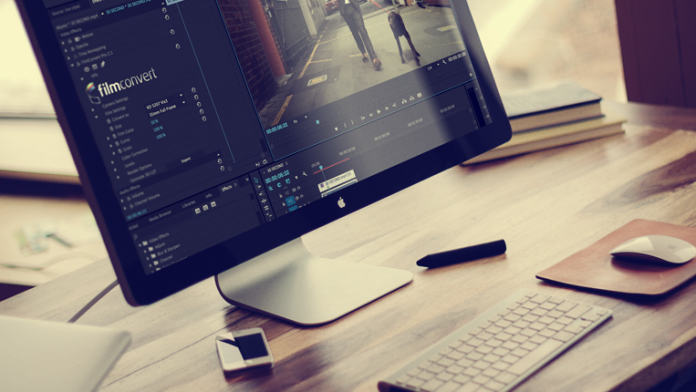 There’s no perfect video editing or effects program; even tried and true industry standards like After Effects could be better. In fact, almost everyone in the industry is using a variety of plug-ins to make their work competitive or their lives easier. If you're looking at kicking up your post-production game, plug-ins are a great place to start.

Because of the diversity of plug-ins available for all post-production programs, there are many ways we can organize this buyer's guide. Since many of these companies produce plug-ins across many platforms and purposes, we will sort this guide by company rather than attack this list by purpose or platform. This guide is in no way a comprehensive encyclopedia of the hundreds of available tools; instead, it’s a glimpse into the beautiful world of plug-ins.

Red Giant is one of industry's biggest names in post-production. Their tools range from high-end motion graphics plug-ins to color correction and grading, keying, syncing plus a plethora of other effects. The most powerful set of tools Red Giant offers is the Trapcode Suite 13 ($1,000). We reviewed the current version, Trapcode Suite 13 in our May 2016 issue, calling it a standard for virtually all motion graphics artists. These are very powerful tools that produce effects many clients have come to expect.  The Suite comes with 11 separate plug-ins, which can also be purchased individually and range in price from $99 to $399. The most popular of these plug-ins is Trapcode Particular, a much more advanced particle generator than the stock generators in After Effects.

Possibly just as popular as Trapcode is Red Giant’s Magic Bullet Suite 12 ($800). This color grading suite has become a behemoth in the industry. We reviewed this toolset back in June of 2015 and declared it a game changer.  Magic Bullet has been a powerful and easy color correction and grading tool since 2008. Originally starting as a way to add a quick stylized look to footage, in many ways it helped shape a very stylized and processed look that has since become popular. Hit shows such as “Top Gear UK” graded their show in Magic Bullet in a very over-stylized fashion.

Originally starting as a way to add a quick stylized look to footage, in many ways it helped shape a very stylized and processed look that has since become popular.

Magic Bullet Suite comes with seven different toolsets all focused on color correction, grading and noise removal. Magic Bullet Looks, the original and most popular tool in the suite, allows the user to easily drop a look onto some footage for a quick color grade. Also bundled in the suite is Colorista III, a professional colorection tool that gives editors and colorists the ability to easily control color. While it's not a replacement for high-end color correction programs like Blackmagic Design’s Davinci Resolve, it’s still a very powerful tool to have.

Virtually every After Effects user is familiar with Video Copilot and its founder Andrew Kramer. In fact, when I was working at a major VFX house in southern California, every compositor I knew learned from Video Copilot's tutorials. Their most popular plug-in is Element 3D V2 ($200). It allows After Effect to import, animate and composite 3D objects. The plug-in is perfect for low-budget filmmakers and small production houses. If you’re an After Effects user and want to composite 3D models, this is must have.

Video Copilot also has a lens flair tool kit that is as good or better than Knoll Light Factory called Optical Flares ($125). This pack is amazing and has been used on many high-end projects.

Video Copilot also just released a really fantastic free plug-in called Saber, which is obviously designed to build those really cool light-based swords from the popular, not to be named space saga. Not only do they make those light-based sabers super well, but can also be used in a lot of other really creative ways. It’s awesome and free! Just download it; you can thank us later.

The most powerful tool they offer however is Mocha Pro ($795). When I was compositing a summer blockbuster that involved cars transforming into anthropomorphic robots, we used this tracker more than any other. It cannot be overstated how great Mocha Pro is. Not only will it perfectly track surfaces, but you can use that data to easily create animated mattes and, more impressively, Mocha Pro will clean plate for you, making rig removal a snap. While After Effects already has a Mocha plug-in, the Pro version goes much further in its capabilities. If you do a lot of compositing and you don’t already have Mocha Pro, get it.

Digital Anarchy is small privately owned company out of San Francisco who's dated website in no way reflects of their really great products. With the increased popularity of timelapses, flicker is a constant plague; even with the perfect settings inconsistent lighting can cause frustrating flickering. Digital Anarchy’s Flicker Free ($150) is a great solution that many professionals use with great success. It’s also helpful in removing flicker caused by other sources, such as fluorescent lights.

Beauty Box Video ($200) is a simple plugin for After Effects that smooths skin tones to reduce wrinkles and blemishes. Great for wedding videos, corporate video work or anytime you may have vain clients. Light Wrap Fantastic ($79) is exactly what it sounds like, a fantastic light wrap tool for keying. Adding a light wrap when compositing can go a long way in making VFX shots look like they were all done in-camera. Sure, you can build your own light wrap from scratch in After Effects, but time is money and that plug-in is cheap.

With the popularity of Instagram and VSCO, everyone wants to emulate the look of film and no plug-in does it better than FilmConvert ($149). FilmConvert is a plug-in for After Effects, Premiere, Final Cut Pro, Vegas, Resolve or Media Composer, or can be used as a stand alone application. It’s a super easy-to-use addition to your editing software and has great input LUTs and film emulators. If you want the film look and shoot digitally, FilmConvert is a great choice.

CoreMelt is an Australian company that builds reasonably priced plug-ins for Premiere, After Effects and Final Cut X. CoreMelt’s V2 plug-in bundle is only $199 and includes Polychrome Transitions, a set of 60 “Advanced Transition Effects;” Editors Tools V2, a set of color correction and grading tools that make the process of manipulating your color a little easier; ImageFlow FX which automates the process of building montages; and Motion Graphics Box V2 which includes camera defocus tools, glows, ray generators, grunge textures, shatters and an assortment of other tools. CoreMelt also has sets of tools exclusive for Final Cut Pro X and powered by Mocha. Each of these tools are $99 and are all centered around tracking and shape masks.

Unlike the other companies FXFactory builds dozens of plug-ins designed to be sold independently from one another and range in price from free to $199. Most of their plug-ins are between $49 to $99 and include tons of animation tools, color tools and transitions. FXFactory does offer an FX Bundle for Final Cut Pro, Motion, Premiere and After Effects called FXFactory Pro ($400). This bundle offers an eclectic mix of effects tools. If you don’t have a large pocket book but want to upgrade your editing or effect software, FXfactory is a great place to start, especially since you can choose plug-ins a la carte.

Axle’s programs and plug-ins are designed for broadcasters and large production houses. Axle 2016 ($1,295) is their flagship program designed for asset management as well as creating proxy files for easily editing.  Axle Pulse ($1,000) is a mobile app that broadcasters can use to source smartphone footage from their viewers who can then upload those clips to the cloud. Axle Transfer ($300) transfers sequences between Avid and Final Cut Pro 7 or from Avid and Final cut Pro 7 to After Effects. This is particularly handy for all of us who have hard drives full of projects cut on Final Cut Pro.

Adding plug-ins to your editing or effects program is a great way to help distinguish your work from the competition or just make your life a little easier. As with many things in this industry, many of these can be expensive and cost prohibitive for smaller productions. Before you bust out that credit card, think about what kind of work you do and what will help make it better. Remember though, all these sweet plug-ins and tools sets won’t make you a better editor or compositor; that takes good old-fashioned practice.

Side Bar: After Effects Scripts

Scripts are similar to plug-ins and many people use them interchangeably. We won’t go into the weeds on what separates the two; just know that a script is like adding additional code to the program and are an insanely great way to beef up After Effects. Ease and Wizz is one I use daily and will transform your text animations and motion graphics. Ease and Wizz is an easy-to-use keyframe graph editor that will give you realistic keyframe eases, bounces and elasticity. It can be purchased from Aescripts.com; the developer is asking $25, but you can name your own price. It is seriously worth $25, though. Aescripts.com is an amazing resource not just for After Effects but also Premiere, Nuke, FCP X, Cinema4D and a half a dozen other programs. Do yourself a favor and bookmark it.

A second script that you should definitely be using is Duik. Duik is an amzingly powerful rigging tool for After Effects. You can basically fully rig and realistically animate characters or images without leaving After Effects. Also it's free. FREE! When you’re done enjoying this issue of Videomaker, go to duduf.net They also have a few other scripts, but Duik is a personal favorite.