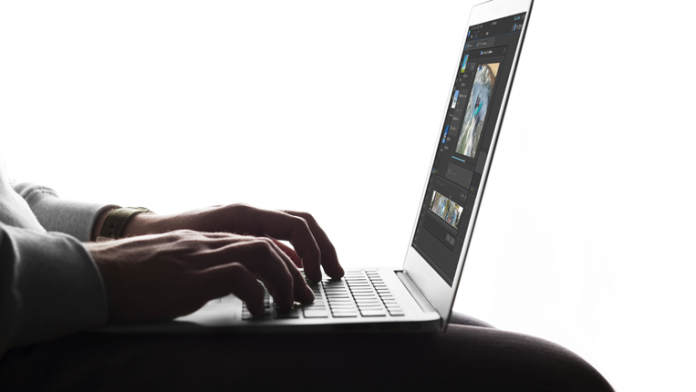 When I think of how I started out in video production — a cheap digital camera used to create stop motion films starring my Star Wars figurines — I had a lucky break for a 14 year old. A hand-me-down copy of Adobe Premiere 5 and an old PC left me with a genuine enthusiasm for the craft of editing and a valuable lesson toward introductory skills on brand name software. I worked my way through the basics, and, until the computer crashed indefinitely, found a gentle ease in using this “premiere” non-linear editing program. I tell you this in the hopes that you will identify the type of editing software that fits your needs. I could tell you that going straight for a program like Adobe Premiere Pro CC or AVID Media Composer is a no brainer, but anyone who is remotely interested in this field likely already knows about these major programs — most likely in depth, but maybe from a distance. They are the tools that professionals and aspiring artists know and love. Still though, you have options. It all depends on what you, the video editor, are looking for! So, let us start from the beginning.

This free, entry level editing program is perfect for making slideshows and very basic movies in no time at all. The drag and drop workflow can handle HD footage from a variety of sources (ASF, AVI, MPEG, MPEG-4, WMV) but is only compatible with Windows XP and up. The program is a great beginners tool in regards to titles, A/V transitions, sound effects and direct capture from camcorders, SD or Compact Flash media. Movie Maker is free to download.

iMovie is now at version 10.0.9. Before this version, iMovie took a few steps back with iMovie ’08, then regained favor with users by adding features such as picture in picture, and by bringing back aspects from older versions of the software like slow-motion. Much like Movie Maker, iMovie introduces an intuitive skill set to introductory users through video and audio manipulation and exporting to YouTube or a DVD. iMovie can be downloaded for $15.

While there are many forms of free editing software online, such as Avidemux, VSDC, FFMpeg and Virtual Dub, some of these programs are associated with problems ranging from malware/adware to difficult learning curves. Always be cautious and research the user reviews for programs along these lines!

Intermediate to Hobbyists and Beyond

Blender is a mix of 3D and post-production tools ranging from animation and simulation to video editing and game creation. This open-source software is perfect for a myriad of artists who are (or aren’t) on a budget.

The newest version, 2.76-rc2, is another tri-platform software at 64 and 32-bit for Windows, 64-bit for Mac OSX, and 64 and 32-bit for GNU/Linux. Specifically, the editing portion includes a 32-track layout for video, audio, graphics and more. Special features include keyframing, speed control, color grading, titles and transitions. Blender is also genuinely refreshing as it is one that encourages development from its users.

PowerDirector, a CyberLink franchise, comes in a variety of forms, but the Ultimate version seems to be the most effective choice for the prosumer market with 100 tracks, footage stabilization, a new motion tracking system, 2K/4K importing and exporting, Native 64-bit TrueVelocity 5 Engine and the ability to import, edit and produce 120 and 240 fps video. PowerDirector 14 Ultimate has a list price of $130.

The subscription and perpetual-based software has an impressive history of success in the film industry: “Hugo,” “The King’s Speech” and “Pulp Fiction” all took advantage of LightWorks’ powerful toolset, which can handle footage from SD to Red 4K. There are two versions of the newly released v12.0.2: LightWorks Free and LightWorks Pro.

The free version gives you multicam editing, a plethora of presets and a 720p export to YouTube, but the pro version, listed at $25 a month or $438 to own, gives you full HD exports to DVD/Blu-Ray, Blackmagic and AJA hardware I/O support, and much more.

If you are looking to get away from the ever-growing market of subscription-based software, Vegas Pro 13 is a strong competitor for professional grade results at a reasonable price. With unlimited audio and video tracks, an expanded editing mode which allows for main and B-roll footage to be edited simultaneously, better playback results, and native editing for SD to RED 4K codecs, Vegas Pro 13 means business. Sony suggests that your system includes a multi-disk RAID and 8-core processor to handle 4K quality footage. Vegas Pro 13 is available for $600.

I spent a great number of years working with FCP 7, because it had a brilliant user interface and I personally loved the entire suite. Unfortunately, I failed to upgrade to X when it made its debut in 2011. The multitude of complaints over the lack of features that made FCP 7 so enjoyable kept many at bay.

However, FCPX, now at version 10.2.2, remains in the wheelhouse of the film industry with a 64-bit engine, OpenCL, 4K workflow capability and has corrected many of the key issues associated with FCPX’s initial release. Many contend that this program is nothing more than iMovie on overdrive, but it can produce beautiful results and is definitely worth a look for Mac-based video editors. Final Cut Pro X retails for $300.

While this program does belong in the professional category, the software is very accessible, even for a beginner. Adobe Premiere Pro CC, subscription based since 2013, continues to provide a very user-friendly editing system. Between functions like Warp Stabilization, Lumetri color, masking and tracking, Adobe anywhere integration, 4K/Raw/Mezzanine codecs, seamless transitions to After Effects and multicam features, the program is a must have, especially for 4K workflow. The single app can be had for $20 per month, or subscribe to the entire CC suite for $50 per month.

EDIUS Pro 8 prides itself on being a fast and versatile nonlinear editor. Judging by the features — editing different resolutions from 24×24 to 4KX2K, lightning fast AVCHD editing, native support for Panasonic P2/RED/Canon XF, 64-bit native processing, direct timeline export to Blu-Ray and future plans for motion tracking, LOG/LUT support, slow motion (optical flow), and RAW support — EDIUS is a strong competitor in the post-production software market. It is also not a subscription based software, so it’s got that going for it. EDIUS 8 is available for $475.

This software, released by Autodesk, is a dynamic workflow for finishing projects. Features such as compositing, 3D workflow, color correction, segment based LUT editor, XML integration with FCPX and native media codecs (R3D, ARRIRAW) leave quite an impression. Still, Smoke is not cheap. The subscription starts at $185 per month, $460 Quarterly and $1,470 annually.

We come to the end of the list with AVID’s behemoth Media Composer 8. AVID’s long history of industry reliable tools continues with this multi-platform software. Now, Media Composer is available for editors on a budget with three, distinct options: a series of subscriptions, a license to own the software and a floating license in packs of 20 or 50 sets. The company’s long-standing presence in the film industry has garnered praise from users — both prosumer to professional — and has a long line of film credits, including “The Dark Knight,” “Black Swan,” and “The Avengers.” What users love most about Media Composer, beyond the plethora of features that make SD-4K workflow a joy, revolves around AVID’s progressive, and adaptable, presence on the market.

This list, is just a brief glimpse into the editing software spectrum. There are many options, many with amazing features, others rooted in the basic structure of editing principles. However, it is up to you to discover what your interests are and which program will best reflect your future aspirations in this field. Good luck in your search!

Quinn Winchell holds an MFA in Directing from the Academy of Art University in San Francisco (2011) and has lectured at California State University, Chico in narrative screenwriting, American cinema and world cinema.