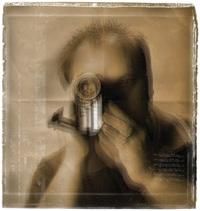 We’ve all been there. The shot you need is staring right at you, but you have to get into a strange position and handhold the camera to get it. You want steady video, but no matter how hard you try, you can’t keep the shot from shaking. If the camera is zoomed in all the way, you’re in worse shape because the lens is magnifying every heartbeat. You’re fighting a losing battle. Unless you use some form of image stabilization.

Image stabilizing systems can greatly reduce or virtually eliminate camera shake. If you often find yourself shooting in situations where you can’t use a tripod, or you have to use your lens zoomed in all the way, you might want to consider buying a camera with a built-in image stabilizer, or getting an external mechanical stabilizer.

In this article, we’ll look at three types of built-in image stabilizers. We will also discuss the pros and cons of each type and help you decide which type best suits your needs.

Electronic Image Stabilization (EIS) systems use electronic processing to control image stability. The EIS system kicks into action once the image hits the light-sensing chip, the Charge Coupled Device (CCD), in your camcorder. If, through its sensors, the system detects what it thinks is camera shake, it responds by slightly moving the image so that it remains in the same place on the CCD. For example, if the camera shakes to the right, the image moves to the left to compensate, thus eliminating the shake.

There are two ways EIS works to reduce the perceived movement of the image. One method increases the size of the image by digitally "Zooming" in on the image so that it is larger than the CCD. By making the image larger, the system can "pan and scan" within the image to counter the movement created by the shake. You can easily test to see if a camera uses this system by turning on the system and watching the image through the viewfinder. If the image zooms in slightly, it is using the "pan and scan" method of image stabilization. Because this system must digitally zoom in on the image to slightly increase its size, it decreases the picture resolution somewhat.

The other method of electronic stabilization uses an oversized CCD. The video image covers only about 90 percent of the chip’s area, giving the system space in which to move the image. When the image is stable, the chip centers the image on the CCD. If the camera shakes to the right, the image has the space to roam to the left to compensate for the shake, keeping the subject of the image in exactly the same place on the CCD, thus eliminating the shake.

Detecting the shake is key to the effectiveness of the system. EIS systems use one of two ways to detect shaky video. Either they detect movement within the image as recorded on the CCD or they detect the actual movement of the camera.

The first method of detection analyzes the changes between the fields in each image. The camera briefly memorizes the odd and even fields of the video frame and looks for changes between them. If parts of the image change in one field but not the other, it indicates that the subject of the shot is moving but not the background. If however, the entire image changes from one field to the next, it most likely means there is camera shake and the camera must correct the image. To correct the camera shake, the camera’s electronics detect the direction of the movement and shifts the active field so that it meshes with the memorized field. A major disadvantage of this system is that if there is a large object moving in the frame, it may be interpreted as camera shake and the camera will attempt to stabilize the subject causing a blurring of the image and reduction in picture resolution.

The camera can also use motion sensors to detect camera shake. Because this method senses movement in the camera not the image, the movement of a subject in the image cannot fool it. However, it will sometimes react at the beginning of an intentional camera movement (such as a pan) and will take a short moment to realize that you are moving the camera on purpose. Instead of a smooth pan, the image will freeze and then leap into the pan suddenly.

The Optical Image Stabilization (OIS) system, unlike the EIS system, manipulates the image before it gets to the CCD. Because of this, the image is stable when it hits the chip and completely fills the chip’s surface area.

The system uses a liquid-filled bellows system between a pair of glass plates. The bellows creates the equivalent of a glass prism. The prism moves the image slightly to maintain its center as it passes through the lens. As the image passes through the prism, the lens reduces or eliminates the image shake by detecting and matching the frequency and size or amplitude of the shake and rotating the plates of glass, thus changing the angle of the prism. One of the plates of glass rotates vertically, moving the image up and down. The other plate of glass rotates horizontally moving the image to the right or left. As with the EIS system, the idea is to move the image in the opposite direction from the shake. If there is no motion detected, the prism mechanism centers itself. The sensors can also detect when the mechanism is nearing its movement limit and will reduce the amount of corrections to ease the shake back into the picture, thus avoiding a sudden jolt in the image when the prism hits its movement limit.

The Steadicam and GlideCam systems use the camera’s center of gravity, a counterbalance system and the camera operator’s body to maintain smooth motion. These systems mount the camera on an arm that you attach to a body harness or hold in your hand, using your arm strength for balance. The camera maintains a level axis unless adjusted by the operator, creating a smooth, floating image. You’d better get in shape before using these systems for long periods of time. Remember; practice makes perfect.

The type of image stabilization system you need depends a great deal on the types of video you shoot. It can also depend on your cash flow. If image quality is a major concern, you should look at the optical systems. If you to need to use smaller, less bulky equipment and quality is not a real concern, then the EIS system might work for you. If you find yourself doing a lot of movie-style video work that calls for smooth camera movement, the mechanical systems combined with one of the other two systems is an ideal choice. Whichever system you choose, just remember that camera movement must be planned to be successful. Good, solid, shake-free video is the key to professional-looking productions.

The images you see when watching a video are made up of very fine lines of information. To create an image, the camera’s electronics record 525 lines of information across the CCD, thirty times a second. The odd-numbered scan lines running from one through five hundred and twenty five make up the odd field. The even field contains the even-numbered scan lines running from two through five hundred and twenty four. When the odd and even fields are interlaced, we perceive them as a frame of video – a complete video image. There are thirty video frames per second.