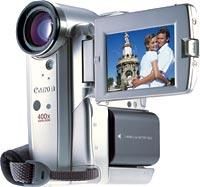 Put it on the Card

Your Fingers do the Jogging

SanDisk’s Cruzer is a 3-inch memory card adapter that makes accessing data more portable. You can access still shots, MPEG-1 movies and sound clips (among other files) stored on MultiMediaCards and SD cards without having to attach your camera to your computer or install drivers. The device comes packaged with SD cards, at capacities ranging from 32MB-1GB.

Sony’s DSR-DU1 hard disk recorder can record up to three hours of DV25 footage onto its 2.5-inch 40GB hard drive. Sony’s professional DVCAM camcorders with the optional CA-DU1 camera adapter record to the device which can be powered directly from a DVCAM camcorder, a dedicated battery pack or from an AC adapter. Adobe Premiere 6.5 should support the unit.

DV in the Citi

drive recorder that connects to most camcorders with FireWire ports. Some models have an internal rechargeable battery for cordless portability. Connect it to your computer at the end of a shoot and it appears as a disk drive, with your footage ready to edit. 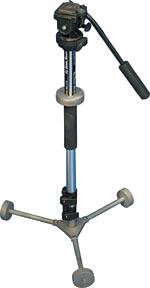 Artbeats has released a new line of stock footage libraries, including views of London, San Francisco and Seattle, dolphins, spring flowers, waterfalls, water effects and skydiving. All material is the QuickTime format and is available in NTSC. Some material is also available as HD.

A multitalented camera support device, the Steddiepod is the brainchild of award-winning inventor Eddie Barber. It combines the functions of handheld stabilizer, a camera stand, a monopod, a tripod, a boom and a low-view mount all in one device.

No Food or Drink Please 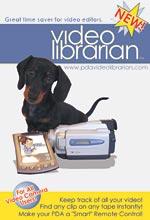 eMense’s Video Librarian is an application for PalmOS 4.0 and later that manages your video clips. You can search for clips and use the Palm’s IR port to control your camcorder or VCR to cue your tape to the desired scene. A HotSync conduit for Windows allows data entry, printing, search and backup functions. A free 15-day trial version is available.

Granite Digital’s FireVue external FireWire hard drive enclosure has a display to show S.M.A.R.T. hard drive diagnostic data and supports hard drives as fast as Ultra DMA 133 with data transfer rates up to 40MB/sec. You can buy extra drive trays and hot-swap drives as necessary for applications such as RAIDs.