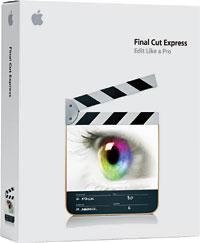 Toshiba’s RD-X2 burns DVD-R and DVD-RAM discs, and includes an 80GB hard drive. You can bring in your own video via its composite and S-video inputs, or attach it to your off-air antenna or cable and time-shift TV programs. The machine can also perform cuts-only editing of content recorded on the hard drive and burn the edited program to DVD.
(800) 631-3811
www.toshiba.com
Suggested Retail Price:
$1,499

Arboretum Systems’ new Montage 1.0 editing software was developed to be 100% native Mac OS X code, including G4 processor awareness. Montage does not use discrete tracks, but rather lets you drag clips anywhere within the timeline.

Pioneer’s new DVR-A05 DVD-R/-RW drive can burn DVD-R media at speeds up to 4x when using media that can support high-speed burns, yielding a complete disc in approximately 15 minutes. The drive can also burn CD-Rs at 16x. The included software provides quick formatting for DVD-RW media, and can cope with discs with uneven curvature or thickness.