Work Where You Want

MaxVision’s MaxPac 7200NLE is a transportable workstation specifically designed for the post production professional on the go. It includes a 17-inch digital flat panel and dual-Pentium III processors with 4GB standard memory. For airplane travel, its all-aluminum case will fit comfortably under the seat or in the overhead compartment. 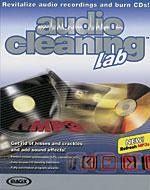 Why choose between a DVD-ROM drive and a CD-RW? AEMDVRW8XUM, the USB version of Addonics’ new mobile DVD/CD-RW drive, lets you plug a two-drive combo into your notebook or PC with Win98/SE/2000/Me operating systems. It includes MPEG-2 decoding and CD-mastering software. A FireWire cable is available for a separate purchase.

MAGIX Audio Cleaning Lab lets you restore the sound quality of old records, cassettes, CDs and MP3s. You can eliminate hisses and crackles, level out stereo volume and clean up damage. Sixteen professional effects like reverb and echo can be applied with the click of a mouse. CD-burning software is included.

SoftStream by Media Excel is a live, real-time MPEG-4 encoding software package. It provides DVD-quality (full D1 resolution) MPEG-4 video encoding with Windows 98/NT/2000. SoftStream can encode a 16-second .avi to MPEG-4 in four seconds on a 1GHz PC. It is a cross-platform software that can run off Windows, Linux/Unix or Macintosh. 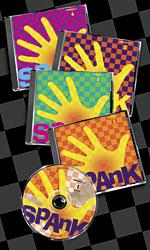 ACID PRO 3.0 from Sonic Foundry is loop-based music creation software used to create songs, remix tracks, develop music beds, score videos and develop music for Web sites and Flash animations. There are unlimited tracks of audio to work with. It can save to .wav, .wma, .rm, .avi, and MP3 file formats. It works with Windows 98/2000/Me.