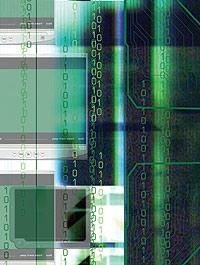 Video architectures, standards and codecs like Windows Media, QuickTime and MPEG make it possible to view video on your computer. You click a file name or link and the system takes care of the details. Whether or not you understand the inner workings of the various formats and compression schemes your computer software will.

However, we know there some tech lovers out there that are not satisfied with just using the programs – some of you want to know more. The following glossary of codecs and architectures is designed to give you a general picture of these complicated technologies – their uses and the products and companies that support them.

Primary Uses: Media playback from the Web, CD, DVD and hard disk. DirectShow (formerly ActiveMovie) is a multimedia architecture developed by Microsoft. It is part of Windows 98 as well as Internet Explorer versions 3 and 4, as well as later releases of Windows 95.

Compression Method: Mini DV is a DV25 format- or 25 megabits/second with a 13.6MHz sample rate. It has a sampling ratio of 4:1:1, and the overall compression ratio of 5:1.

Comments: DV is a fixed data rate compression and data storage standard for DV camcorders, native DV capture cards and editing systems. It is a widely accepted format with excellent image quality. The data volume however, is typically too great for use in narrow and medium-band Internet video distribution.

Comments: A Web architecture that uses the latest version of Java programming language that requires no browser plug-ins. It instead places heavy demands on the host computer.

Comments: MPEG is the name of a set of international standards for video and audio compression, set by the Motion Picture Experts Group. It includes a standard file format and a set of compression algorithms.

Compression Method: Similar to JPEG, but it uses a fixed data rate and is not scaleable.

Comments: MPEG-1 is a widely accepted international standard. It has good quality for small-window video at CD data rates. Hardware codecs allow real-time compression. It may require hardware acceleration to play properly on older computers. Software compression is slow and less efficient than some proprietary codecs.

Compression Method: MPEG-2 is based on MPEG-1, but is optimized for higher data rates and has scalable quality.

Comments: It has outstanding image quality. MPEG-2 is the standard used for DVD-Video and provides broadcast quality audio and video. It’s also used by some cable and satellite distribution systems and supported by DirectShow under Windows.

Compression Method: Microsoft and a European project known as ACTS-MOMUSYS are moving to solidify the standard from their two working algorithms of the MPEG-4 model

Comments: With scalable quality the MPEG-4 international standard should insure wide compatibility as it becomes more widely used. MPEG-4 is supported by Microsoft’s Windows Media Technology and is the foundation of the DivX 😉 format that is quickly gaining popularity.

Compression Method:MP3 is actually an abbreviation for MPEG-1, layer 3.

Primary Uses: The Low compression ratio (2:1) is ideal for archival storage or storage during editing. Used for capture on Mac systems without JPEG hardware.

Comments: QuickTime requires no hardware and maintains lossless compression. Its low compression ratio requires substantial disk space and speed so it’s only suitable for very high performance systems. It’s not suitable for video delivery on the Web or CDs.

Compression Method: Proprietary, based on MPEG

Comments: RealVideo and RealAudio are optimized for Web data rates.

Primary Uses: Web and CD based video for playback on Pentium or PowerMac computers.

Comments: Primary QuickTime codec. CD-ROM video plays well on 120+Mhz systems. It is built into QuickTime for both MacOS and Windows. A Developer’s Edition using Variable Bit Rate (VBR) encoding is available to improve image quality and smooth motion. It requires faster computer for CD-ROM playback than does the Cinepak codec. Smooth playback with movies larger than 320×240 or at data rates above 100KBps is possible only on the fastest home computers. Colors, especially reds, tend to be over-saturated, producing choppy playback and color bleeding (without use of Developer’s Edition).

Primary Uses: It was formerly used for media playback from the Web, CDs and hard disks.

Comments: Video for Windows is no longer supported and is now part of Microsoft DirectShow.

Primary Uses: Announced for RealSystem. Web, hard disk playback, CD and DVD. It is to be included with QuickTime 5.

Comments: VP3 is suitable for a wide range of applications including high-quality Web video. It’s also suitable for higher data rate video and has good playback on modest computers. It’s not in wide use yet.