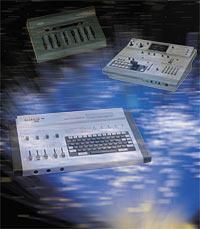 When lines formed around the block in 1979 for a new flick called Star Wars, it wasn’t due to the films’ unique script. Even with all those great characters like Princess Leia, Chewbacca and Darth Vader, audiences flocked to the mega-hit for another reason altogether: the groundbreaking special effects.

Since the earliest days of projected and broadcast entertainment, special effects provided a way to capture an audience’s imagination and attention. From simple in-camera effects and mirror illusions to today’s sophisticated computer-driven, motion-control, 3-D modeling work, moving image magic is a tool vital to big-screen success. Visual slight-of-hand, however, isn’t solely for use by multi-million dollar cinema and television producers. While the hobbyist videographer’s special effects probably won’t rival James Cameron’s latest eye-candy, it’s possible for an up-and-coming DeMille to have a trick or two up his sleeve, turning an ordinary video into something extraordinary. Let’s take a look at the types of equipment that will help you achieve that extraordinary look.

First off, you should know that the term "special effects" applies to a wide range of techniques. Obviously, that ultra-cool time-warping stunt featured in The Matrix