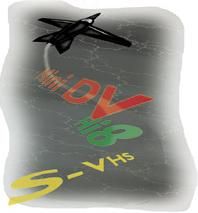 I am writing in regards to your "Best Products of the Year" coverage by Jim Mikles in your February 1999 issue. In his report, he mentioned that because there were no new entrants in the S-VHS or S-VHS-C categories, readers were to refer to the February 1998 issue. Since many of your readers may be new to the magazine, I would like to share the experiences I have had with S-VHS camcorders.

As a semi-professional videographer, I have been shooting airshows since 1982, so I went shopping last year for a camcorder to shoot high-speed action. I tried four cameras–two Mini DV, one Hi8 and one full-size S-VHS. First off, when shooting airshows, tripods are useless, so I have to hand-hold the camera. These new lightweight camcorders are so light that you cannot hold them too steady, and if any wind is blowing, it is even more difficult. The full-size S-VHS camcorder was larger than the others, but you could hold it on your shoulder, so it was easier to shoot with.

When you follow a jet aircraft with a DV camcorder as it makes a high-speed pass across the field, sometimes the picture breaks up and you get a sort of jigsaw picture for a couple of seconds that you have to edit out later. Also, those built-in LCD monitors are useless in sunlight.

The controls on the full-size S-VHS camera were easy to find, as they were located on the camera body itself. To operate many of the functions on the other cameras, you had to bring up a menu screen and select the feature to use it. In the case of an airshow or any other type of video that involves fast-moving objects, you don’t have the time to fool around with a menu if you want to get the shot.

Unfortunately, due to the high promotion by the manufacturers for these lighter, smaller camcorders, the public is being led to buy them rather than the larger cameras, and as a result the S-VHS camcorder I purchased a year ago is no longer being manufactured. I hope the public will wake up soon. I hope we can ring a bell to draw the attention that we need to keep the S-VHS camcorder alive and well.

In regards to the "What is Broadcast Quality?" story that ran in your February 1999 issue: yes, there is a controversy in using the term "broadcast quality." The term is loosely used depending on the user’s goals and operating arena. Often, it’s a term that sales people use incorrectly to describe a product. It’s a vague term that defies a real definition.

In the short article you published on the topic, it seemed to me you were actually talking about broadcast standards instead of broadcast quality. Broadcast standards are how the FCC specifies the parameters within which the NTSC system must operate. Broadcast engineers have some latitude in which to change these settings slightly, but they must stay within the FCC specifications.

I have been a broadcast engineer/technical producer for 48 years. I worked seven years with RCA during the pre-battles and final adoption of the NTSC system. There will never be a true definition of the clich´ "broadcast quality." A good design engineer can only design a good camera or other video product within the FCC specifications and adhere to the current broadcast standards. From then on, it takes people who have talent and their own good set of standards to put out the best product they can with the tools they have.

In our July 1998 issue, we inadvertently printed the company name of battery manufacturer NRG Research as NRG Resources. We apologize for any inconvenience this may have caused.