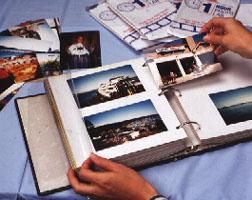 If you’re like many casual video shooters, you have five, ten, or maybe even 20 tapes of birthdays, holidays and vacations sitting on a shelf.

Sitting on a shelf unwatched.

Unwatched because they’re much too long and therefore boring –because, in short, they’re unedited. You know you should cut and polish these diamonds in the rough, but every time you review a tape, you quit in despair because you don’t know where to begin.

So here’s a ridiculously easy approach to simple video editing: pretend that each tape is an envelope full of color prints and you’re going to select, arrange and mount the best of these "prints" –actually, individual video shots– in a photo album.

Of course you can’t really lay out video shots on a table like photo prints, but you can do this instead: zero your VCR counter at the beginning of the tape and make a list of shots, jotting down the counter reading from the start of each shot.

NOTE: this Edit Suite is about organizing your program material for editing. For advice on how to cable equipment together and actually transfer shots from the original camera tape to the edited copy, see Videomaker‘s January 1998 Edit Suite column.

Figure One shows all 24 shots in an imaginary epic we’ll call A Family Picnic, laid out on the table just like they came back from the photo developers. I know, these photos aren’t unbearably exciting, but the rest of this tutorial depends on them, so please take a moment to carefully review them.

First, assume that Mom, Dad, Junior and Sis all took turns using the camcorder, because every family member appears in at least some shots. Next, notice that the camcorder really has been used like a snapshot camera, recording whatever caught people’s attention, without any discernible plan. Finally, note that some shots are out of focus, poorly composed or redundant–just like prints from a typical roll of film.

Now check out the events that were recorded. Shots 1 through 5 show the picnic’s beginning. We don’t see the family actually arrive, because no one’s outside the car to record its entrance. However, Mom did get a shot (represented by frames 3 and 4) of Dad moving the car to a shadier parking spot. Remember these frames for later.

Everybody was starving, so they ate right away, with Dad demonstrating, as usual, how to convert ground cow into chemically pure carbon. Frames 6 through 11 capture the whole breathtaking process.

After lunch, the family took a nice walk in the woods. This expedition was just chockablock with fun events, as shown in frames 12 through 20. Junior was so cute when he jumped from behind a tree yelling "Boo!" in frame 9 that Dad had him repeat the gag to get a better shot of it (frame 20).

Pooped from all this excitement, the family relaxed on the grass for a while (frames 21 through 23). Then Sis finally got a chance to use the camcorder as Mom and Dad packed up the picnic supplies and loaded them in the car (frame 24). A day of pulse-pounding action, yes siree!

In fact, you’re bored with this picnic already, though you’ve been looking at it for only five minutes on the page instead of 30 on a TV screen, If this were actual video footage, you can see why you might set out to edit it, then sigh and replace it on the shelf, untouched.

Don’t give up on A Family Picnic yet, because we’re about to see how to quickly shape this incoherent footage into a nice little program by selecting "photos" for our "album". There’s a right way and a wrong way to go about this, so let’s look briefly at the wrong way first.

Some people edit snapshots by simply pulling the bad shots and eliminating as many duplicates as they can bear to part with, which isn’t all that many. Then they stick the remaining snapshots in an album, keeping them in their original in-camera order. That’s why some people’s albums can seem like a fan, because you’re turning the pages so fast to wade through them that you create a nice little breeze.

You see, the approach that subtracts just the bad or duplicate shots can’t turn a fistful of prints into a coherent show. The product may be a bit shorter and prettier but it’s still just a bunch of shots. To verify this, look at Figure One again, and this time notice that frames 1, 3, 4, 9, 19 and 23 have been marked with an "X" to indicate that they’ve been discarded to produce a show edited by the subtractive method.

The result? As you can see, it’s 6 shots shorter than the uncut version. However, it’s still arrival, lunch, walk, rest and departure, and within each of these sequences, the shots are still in a fairly random order.

Instead of editing this way, we need to recognize that every "album" starts out dead blank, with no shots in it whatever. The key to creating an interesting video lies in starting with nothing and then adding one shot at a time to build the video.

No matter how it hurts to snub some of your best shots, select only the ones you need to tell your story without repetition. That’s the key to additive editing. Do you have a shot that’s very similar to its neighbor? Don’t select it for inclusion, no matter how pretty it is. Does a shot contribute nothing important to a sequence? Treat it like 8-week old tuna salad and pass it by.

Let’s see how additive editing works with our picnic video. As we explain the process, check out the results in Figure Two. (The frame numbers match those in Figure One, so you can trace them back to their original places on the camera tape.)

Step one is to arrange the sequences, and here you need to remember that real time and screen time are not the same. So they ate lunch immediately. Who cares? For more variety, let’s move the lunch sequence after the walk, like this: arrival, walk, lunch, rest and departure.

With the sequences arranged to our taste, we repeat the process with the shots within each one. The arrival and departure sequences are the hardest to arrange, because they seem to lack a clean start and finish. To fix this problem, we’re going to cheat. Remember that frames 3 and 4 in Figure One actually show Dad moving the car to a better parking spot, not arriving, but the audience doesn’t know that. In the first half of the shot, we see a car drive up, and in the second half it drives away. So let’s use the driving up shot (frame 3) to open the arrival sequence in Figure Two, and the driving away shot (frame 4) to close the departure sequence. Shazam! We’ve created coherent opening and closing sequences for our video.

Now the walk is moved into the second slot, and pruned to three shots (frames 12, 18, 20). Notice how this sequence ends with a second piece of shot 12, which has already been used once. This gives a sense of closure to the walking sequence, and even if you repeat a bit of previously shown action, the audience is unlikely to notice.

Next comes the picnic (frames 6, 10, 7). The shots appear out of their original order to add a sense of progression: first prepare the meal, then cook the burgers, then eat them.

Now we get to the resting sequence, which is quite short because there’s really not much to show here. We finish with the departure sequence, with frame 4 (the second part of the opening drive-by scene) put on at the end.

Now look at Figure Two from start to finish, and notice how additive editing has turned a grab bag of unconnected shots into a logical, coherent program.

A quick word about shot trimming. Our snapshot metaphor breaks down here because it can’t illustrate the other big editing job: selecting just the important section of each shot. Though Figure Two has half the shots of the unedited Figure One, it should run much shorter than half of the original length, because each individual shot has been trimmed to just the essential action.

What’s the "essential action?" That’s a topic for another day. 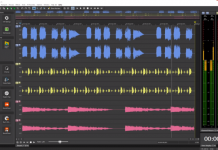