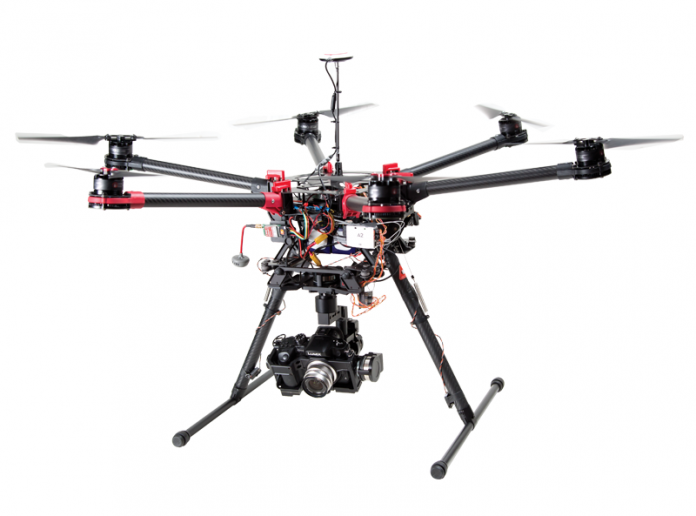 DJI has been one of the best names in the multicopter world for several years. Between their market-crushing sales of the Phantom, Phantom 2 and Phantom 2 Vision, and their well-known Naza, WK-M and A2 guidance systems, DJI is synonymous with quality.

There have been a couple of bumps in the DJI road however. There were problems with version 1 of the WK-M GPS sensor, and theoretically, the flexible arms of the S800 caused what’s known as the “flip of death.” Has the S900 conquered the S800 issues?  Is it worth the extra cost over a Phantom 2? Let’s find out…

The cost seems really low at first blush. Doing cinematic 4K aerials with the GH4 for only $3,800? Not really. In addition to the multicopter, you’ll also need a video TX system such as DJI Lightbridge, priced at $1,300; 2 LiPo 8,000mAh 6S batteries per flight in parallel yielding 16,000mAh at ~$500 for 2 flights worth of batteries; 2 control transmitters, 1 for gimbal, 1 for pilot at $500 each; insurance such as Costello Aviation Insurance, quoted at $595 for 1 year of $500,000 of injury/property damage; and cases totaling around $1000 for multicopter, controllers and batteries.

The S900 promises to carry 4K cameras such as the Panasonic GH4 with unparalleled stability through its brushless gimbal.

This is for experienced pilots only. If flying a Phantom/Phantom 2 makes you nervous, this platform is not for you. This multicopter is vastly larger than a Phantom, and if you know Newtonian physics, you’ll know that something with this much mass is not nearly as nimble as a Phantom. With everything loaded onboard, the flying weight is around 8.2 Kg! This is also another reason that, in addition to flying responsibly, purchasing insurance is a must!

As rumor has it, some pilots are having problems with the Zenmuse gimbals having drift on the roll axis. During our flights, we did not encounter this problem. However, we’d be remiss if we didn’t at least mention this potential issue.

Shutter roll is really more of an issue with the GH4 than with the platform itself.  The GH4 at 4K resolutions tends to put the shutter frequency at odd multiples when on auto-shutter mode. You must switch to manual, and select 50,100 or 150 shutter speeds — multiples of 25. When you do, all shutter roll completely disappears. So, this is not really a problem, but we figured we’d head off any frustration a new owner may have with this and give a free tip!

The footage is simply astounding! This author is very experienced with multicopters and has even written a book on building your own video multicopter. We’ve also worked extensively with multicopter footage in post. The footage coming off the S900 is so smooth, you’ll think it’s on a track-dolly in the sky!

The S900 comes equipped with a wicked good gimbal. If you decide to configure your S900 for a two-man operation — one flying, and one controlling the gimbal — you’ll be in heaven. The gimbal operator can control pan, tilt and roll, the shutter release, and even aperture. The gimbal contains contacts within the main hub — not wires dangling down to the camera — so the pan can swivel 360 degrees repeatedly without tangling up. You can also lock the camera in a direction, so no matter what the S900 does, the camera stays locked on target. The gimbal is also hung low enough so you don’t get props invading your frame or casting shadows on the lens as you would on a Phantom.

If you elect to set it up for a one-man operation like a Phantom, it has that same pan-dampening you’ll get on the H3-3D gimbal for Phantom. Unlike with the H3-3D, all of the movements of the gimbal are instantaneous and smooth as silk.

Retractable landing gear offers a clear view during flight. When you take off, with the flip of a switch — or if you elect, automatically — the landing gear retracts out of the way so as you swivel the gimbal, you won’t get any shots of the skids.

The S900 is also extremely portable. The arms fold down, the propellers fold back, the GPS antenna folds and you can easily fit it in a Pelican 0370 case ($400), or a custom molded case ($800). Once on location, within 10 minutes you can set it up, conduct your preflight and get up in the air.

The S900 can be bought in several configurations. You can pick up the airframe, motors and speed controllers for around $1,400. It’s also available with either the WK-M ($1,800), or A2 ($2,150) guidance systems. Finally, you can pick a package with the Zenmuse Z15 gimbal for the Sony NEX-7, Blackmagic Pocket Cinema Camera or Panasonic GH4 with A2 flight controller for $3,800. Considering the Z15 gimbal alone is $2,500, this is a stellar deal. The NEX is vastly outclassed by the other two cameras. The BMPCC is a phenomenal 1080 camera, but with the 4K/slomo features of the GH4, the decision is obvious. Unfortunately, if you want to fly a Canon 5D mark III, you’ll need to use the S1000 instead, as it can carry a slightly heavier payload.

How Does it Compare?

Don’t get us wrong, the Phantom 2 is an amazing multicopter. But it doesn’t come close to the S900. We’ve used the Phantom 2 extensively for production, and the need to stabilize footage is a spectre that is ever-present in post with Phantom footage. Couple that with the GoPro lens distortion, which can be corrected but at the cost of blur-vignetting and the poor color response of the GoPros, and you definitely don’t have a cinema-quality aerial platform in the Phantom — even with a HERO4. However, the S900 with GH4 provides footage so stable that at times you’ll think it’s running in slow motion. One clip in our test — a high altitude hover while tilting down — almost looks like a photograph being pan-and-scanned in post (look for the car driving by in the far left distance if you’re not sure). We had a Phantom in the air on autonomous flight to gather some footage of the S900 in the air, and the footage stands out like a sore thumb.

Other multicopters of similar size can carry the same payload as the S900. However, none have the unique dihedral — angled slightly up — design of the spars coupled with a slight roll of the motor angle. This unique engineering feature allows the S900 to remain extremely stable in hover, and yaw (pan) the aircraft more nimbly.

The design problems with the S800’s “flip of death” have been overcome as well. By using the same design motif as the S1000’s extremely rigid carbon fiber tubes for the spars, the S900’s guidance systems are no longer confused by the main hub, where all of the sensors are located, bouncing in relation to the motors. For a more in-depth explanation, watch part three of the full video review (link at the bottom of this article).

The S1000, as stated before, can carry the 5D mark III. However, the reported flight times are lower on the S1000 — 15 minute maximum vs the S900’s 18 minute maximum — probably due to having to power two more motors. The S1000 is significantly more expensive, but reportedly slightly more stable in wind. The S900 seems like the perfect balance between flight time, stability and footage quality.

The DJI S900 is a must-have for a serious production involving aerial footage. The $10,000+ fully outfitted price tag may seem a bit steep. However, this author has seen multicopters two and three times the cost with far less quality all around. Perceived-value of your services on set will certainly not be in doubt, and when your clients get the footage into post, we challenge them not to utter a single “wow.”

If you decide to pick up an S900, or any multicopter for that matter, we encourage you to purchase insurance and fly very responsibly. Remember, these are extremely complex machines with equally complex software driving them. Mistakes can happen, so don’t ever fly above unsuspecting civilians or their property. The DJI S900 should be used in rural areas, or closed sets only.

See here for the full, three-part (overview, flight footage and analysis) video review of the S900.

Ty Audronis is a recognized authority in the multicopter world. He’s also a published author on the subject, and has spoken on drones at multiple venues. His multicopter exploits can be seen on national cable and feature film. 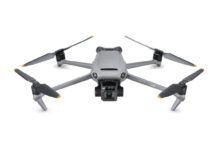 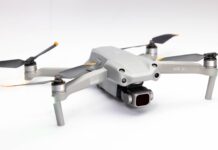 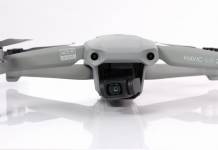 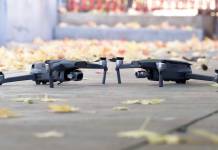 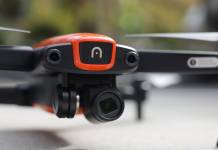 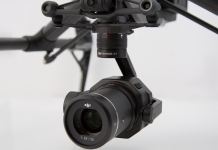