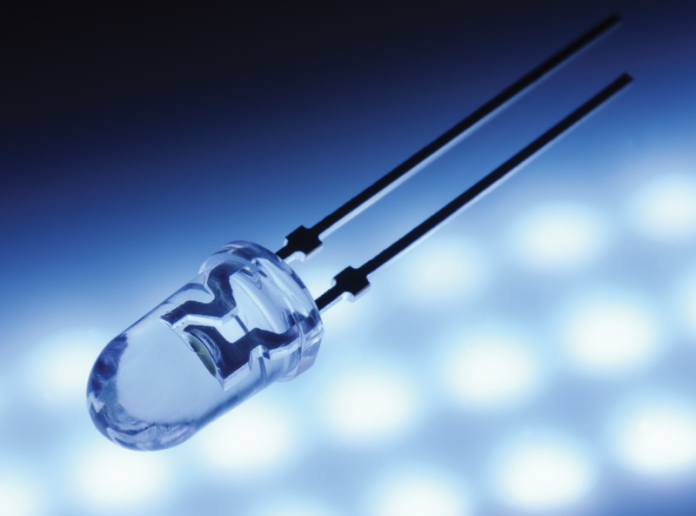 Throughout the decades of filmmaking, there have been countless advances in technology, some of which have been revolutionary and some of which have been subtle. Some technologies have been adapted to filmmaking from other industries and some advances were specifically pioneered for the film industry itself. One such technology specifically developed for cinematography was the invention of the inexpensive, counter-weighted camera stabilizer. Prior to these devices, the film industry relied on battery-powered gyroscopic stabilizers that were very heavy and very expensive. It's safe to say that the simple technology of vest and handheld stabilizers has done more for modern video producing than just about any other technology except for the obvious, which is the introduction of digital, single sensor cinematography and videography.

We mention all of this because we are on the verge of yet another revolution that will change the way everything is lit, not only in filmmaking but in industrial applications and automobile applications, traffic and surface street lighting as well as a host of other lighting applications.

The idea of emitting light from a solid state substance has been around since 1907.

We’re talking about LED lighting which is an example of a technology that was brought from one industry and adapted to the cinema and video lighting industry.

LED, or light emitting diodes, are incredibly simple devices that, as the name implies emit light when an electric current is applied. The beauty of these devices is that very little current is required for them to work. Another wonderful quality of these little gems, and we do mean “gems” (more on that later) is that they are solid state, which implies that there are no moving parts, and best of all, since they require only a very small amount of electrical current, they produce only a small amount of heat. Combine these two qualities and you get amazing reliability, long bulb life and exceptional battery life.
The idea of emitting light from a solid state substance has been around since 1907 when British scientist H. J. Round was messing around in his laboratory with silicon carbide which is a crystal (or “gem,” if you will). He applied a bit of electricity to it, and, lo and behold, the thing gave off a bit of light! He couldn’t carry it around, but 20 years later, in 1927, a Russian chap figured out how to make the whole idea work outside the lab and made the first light emitting diode: LED.

Fast forward to the fast pace lifestyle of an average videographer and who would have thunk it, those LEDs would become the cornerstone of some video lighting kits. But before we videographers hijacked this marvelous technology, LEDs were incorporated into many other technologies. The medical industry has endless uses for LEDs, as well the aviation industry. Laser printers use LEDs, as well as the machines used to make laser printers, as well as the machines used to make the machines that make the laser printers, and so on, and so on. In other words LEDs are in just about everything you can think of and many devices and other things you can’t even imagine.

The reason that LEDs are used in just about everything one might plug into a wall or power with a battery is because they are reliable, small, cheap, consistent, readily available and nearly indestructible. They tolerate heat and cold well, use very little electricity and are easy to make in vast quantities.

Before LEDs, we lit our sets with HMI (Hydrargyrum Medium-arc Iodide), tungsten and fluorescent technology. HMI technology is way too expensive and not quite as reliable as LED lighting since they are not solid state. Fluorescent lighting is heavy, complicated, expensive and really best suited for the studio. Tungsten quartz lights are electricity hogs, get way too hot and can start fires in your lighting fixtures. We also have household incandescents, which aren't made for video, which at times work fine, but can give off the wrong color temperature for good video lighting.

HMIs remain the standard of the industry in Hollywood for one simple reason. They are very powerful. For a given light fixture size, pound for pound there is still nothing like them. A single 150W HMI light in a bare bulb fixture is capable of lighting an average living room with your camcorder gain set at 1200 ISO and the fixture placed above the camera and near the ceiling. You would need several LED light panels spread out over the room to accomplish that. HMIs need to be plugged in because even though they put out enormous amounts of light with a small amount of electricity they must have a ballast to power them. You can buy battery powered HMIs, but they are very expensive.

The biggest problem with HMIs for most videographers is they need to be warmed up for about 10 minutes before they produce consistent output. A small inconvenience for their great light quality but they also must be cooled down for at least 10 minutes before they are moved. That’s a big problem when you working in a fast moving environment such as gathering news footage or shooting a wedding. Oh, and don’t forget that once you turn an HMI off you must wait at least 10 minutes to turn it back on or it won’t ignite correctly and that can damage it.

Instant On Instant Off

LEDs are instant on and instant off and require a small electronic circuit to operate, so they lend themselves well to battery power and stay cool. They can be knocked around because they lack moving parts and their design does not need to ignite a filament, making them much more hearty than HMI, tungsten and fluorescent bulbs.

But they don’t have much power so you need a lot of them to make enough light for anything other than small sets or closeup shots. That’s why they are usually arranged in panels of 100, 500, or even 1,000 individual LED bulbs.

The very nature of the LED panels creates a large, soft light much like softboxes, and that’s good for interviews in which the light source is close to the subject, but no so good for lighting large sets or rooms.

If you need a lot of light and portability, LEDs are still not ready for that. There is some light at the end of the tunnel though. Our industry is beginning to incorporate high output LEDs into some fixtures. Usually the LED panels that you see are constructed of many, very small, one-Watt individual LED bulbs. Since the wattage is so low, you need quite a few LEDs to get some decent light output. There are now individual LEDs that are 10W, which is relatively huge by comparison and when used with a focusing lens, can be pretty powerful. As our industry discovers these and incorporates them into their existing fixtures and creates new fixtures specifically for these powerful LEDs we will have access to some great options for LED lighting. Until then, they remain a niche player in video lighting.

If you are gathering news and need an on-camera light, LEDs offer a great way to achieve good fill light in a portable on-camera light. If you need to set up and take down multiple lighting setups and can get by with far less light than is provided by traditional HMI, tungsten or fluorescent lighting, then LEDs are a great option. If you need a small portable kit and lots of power and you have time for HMIs to warm up, however, then HMIs are probably a better choice.

As with everything, there is always a tradeoff, but going forward, and it won’t be long, LEDs will become mainstream in common industrial lighting applications like retail stores, hospitals, offices and more, and that will drive the price of high-powered raw LED components down. As this happens, the video industry will enjoy greater access to this technology and will find it cost effective to incorporate high-powered LEDs into more of its own fixture designs. They will become less dependent on the less expensive one-Watt LEDs and the compromise of LEDs will no longer be price per output. LEDs are truly the future of lighting, but they are not quite there yet.