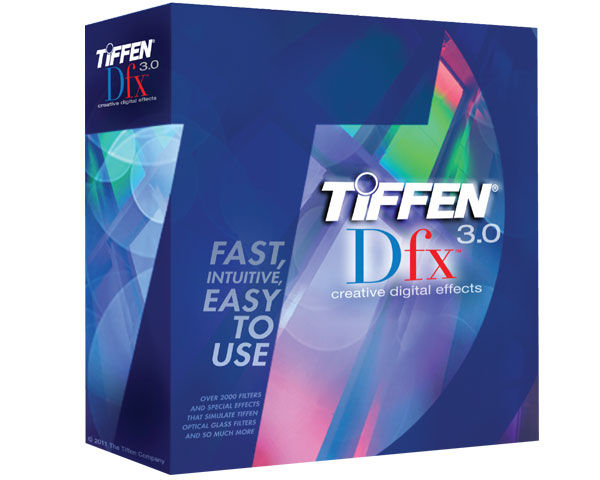 Tiffen is world famous for lens filters, and Steadicam products. How does the latest package of software filters and effects produced by this world-famous company stack up?

If you’ve seen movies, you’ve seen Tiffen. From the Steadicam moves in The Shining to color filters in cinema; cinematographers worth their salt know who Tiffen is. Now, with the digital world of cinema, television, and even the Web, Tiffen offers a lower-cost post production solution to get all the great cinema looks on all size screens. 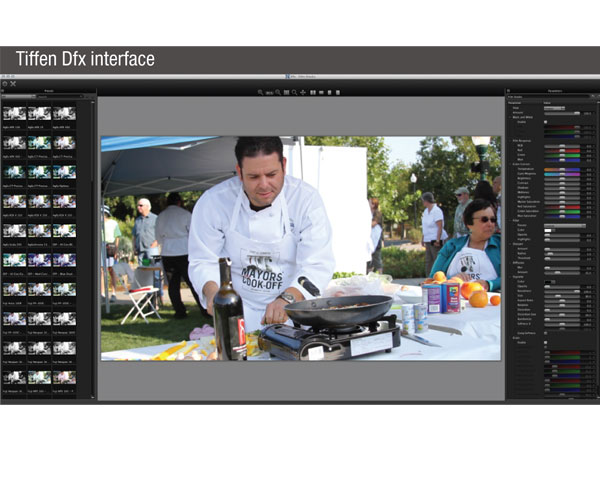 This third-generation of the Tiffen Dfx filter set offers loads of new features. Too many in fact, to mention in this review, so here are a few highlights.

Color-matching allows you to match color curves of several different shots from different cameras into one cogent look. Want a juicier look in that prison shot? Rays will create the illusion of volumetric lighting. And no… it’s not cheesy. Great special effects artists the world over will tell you the same thing: the best compliment anyone can give you is “what special effects?” If nobody notices the effect, you did your job well. And quite a few of these new features help you blend, correct, and dimensionalize your footage to a whole new degree (and faster than ever).

Remember Digieffects CineLook? Back in the early part of the 2000s, CineLook was the holy-grail of After Effects plug-ins to make those awful Mini DV shots look like they were done with film. CineLook to Dfx is like an AMC Pacer to a Ferrari 458 Italia. With 113 built-in film stocks in Dfx, your footage can have an amazing professional look in no time. Or, if you’re going for more of a damaged look… try an old film stock, and add plenty of grain, and ‘wiggle’ an overexposed effect. Wiggle is a technique in aftereffects, using a tool called “the Wiggler” that lets you parametrically adjust an animatable parameter (for example, applying a wiggle to the position of a video clip will give you an illusion of camera shake… or in this case, applying a wiggle to the exposure will create the film projector look of oscillating brightness).

Want an ethereal look, but you’re tired of the bloom effect? “Glow Darks” gives a very interesting effect by glowing and growing dark areas of your image.

Color Shadow, Double Fog, de-blocking (mud-removal), DeNoise, RAW support, and tons of new invisible features will have you saying “wow” within the first 10 minutes of using this package.

Nothing is All Good Nor All Evil 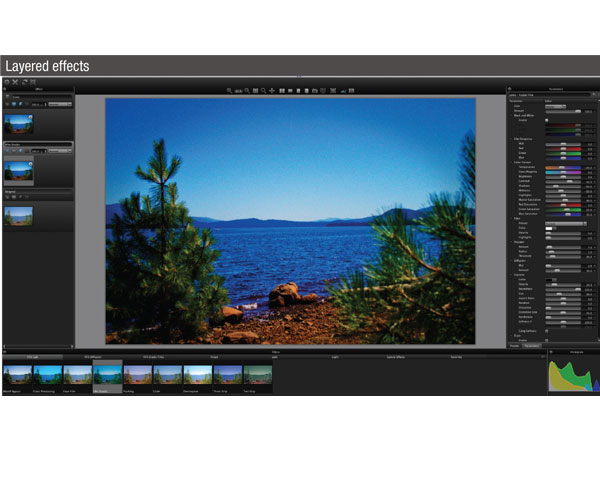 This package comes with interfaces for all the major packages. First, it is a standalone package for tweaking photos and video. Next, it’s a Photoshop plug-in. And finally, it’s good to go for After Effects, Media Composer, Final Cut Pro, and Premiere Pro.

Photoshop has a feature called Smart Objects and when Smart Filter enabled plug-ins like Dfx are applied to a Smart Object, the application of the filter is non-destructive. The Smart Object allows you to go into Dfx at any time and change the settings.

In Avid Media Composer, you must render the effect, and it’s not for the feint of heart. If you’re color-correcting an entire film… plan on sitting back for a good long render time. In Premiere it seems a bit quicker, and Final Cut 7 is somewhere in the middle.

At first blush, a color-correction artist, or motion graphics artist may look at these effects as a cheat, or simply repackaging things you can already do in any of the packages it plugs into. And they might be right except that’s what makes it awesome too. No longer will you have to stack up eight effects and several masks and adjustment layers to get that crazy color tweak, vignette, and film grain. Choose a film stock, and tweak it like crazy. Although there are hundreds and hundreds of presets in Dfx, there are even more controls for all the presets to customize, save your own presets, and go crazy. And oh-wow, the time it will save you. So, cheat away! There’s no doubt that these tools will help any cinematographer achieve the look and feel they want in a fraction of the time they’re used to. This is whole-heartedly a must-buy.

Any post production house is far stronger with this software than the price tag would lead you to believe. Tiffen’s Dfx 3.0 is worth every penny, and far more.