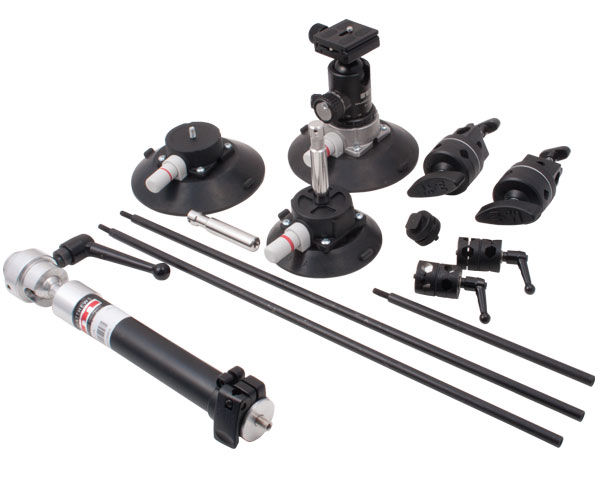 From the ubiquitous C-stands and grip hardware, to dollies, tracks and trusses, Matthews Studio Equipment has spent the last 40+ years building a well-deserved reputation for providing quality products. The Matthews PRO car mount system is no exception. For anyone looking to capture exciting moving vehicle shots like those seen in major productions, this mounting setup delivers. 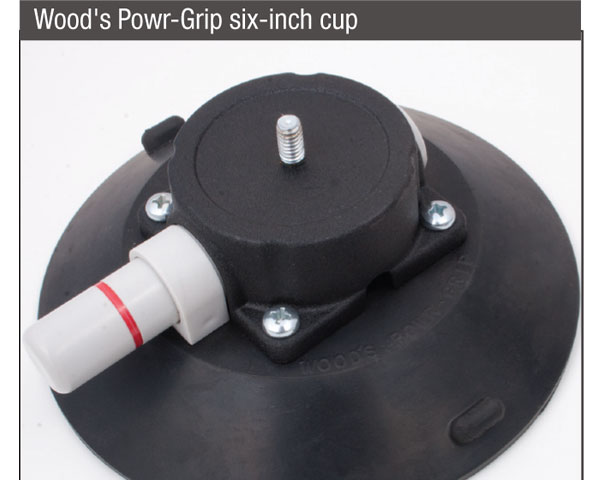 Three Wood’s Powr-Grip industrial suction cups form the foundation of the PRO Mount system, attaching the setup firmly to the vehicle. A thumb operated plunger pumps the air out from beneath the cup, creating a very strong vacuum and tightly gripping the surface beneath.

A red line on the plunger acts as a safety feature for monitoring the cup’s vacuum status. When the air has been evacuated from the cup, the plunger stops moving and the red line remains within the pump, hidden from view, indicating that a firm seal has been achieved. A visible red line signifies that air has leaked back into the cup and its hold on the surface may be compromised. A built-in check valve allows the cup to be re-plunged without losing any remaining vacuum. To remove the cup, simply pull up on the tab at the edge of the pad to break the vacuum seal.

One 6-inch cup comes with a threaded stud attached, to accommodate the ball head camera mount, which includes a dovetail plate for mounting the camera. The ball head allows for easy adjustment and leveling and quickly compensates for angled surfaces such as windows and body panels. This suction cup-and-ball head mount combination will support a camera package up to 26lbs. If you have a bigger setup and need to support an even larger package, the MASTER Mount System has a capacity of up to 40lbs.

Also included are a second 6-inch cup and a 4 1/2-inch cup, each with a 5/8-inch pin. Two Micro Grip heads, two Mini Grip heads, one 8-inch and two 20-inch Micro Grip rods, one hot shoe adapter, a carrying bag and instruction video complete the pack age. Reminiscent of Matthews’ full-size Hollywood grip heads, the Micro Grip and Mini Grip heads serve the same purpose. One mounting point attaches to a 5/8-inch pin while the other provides an adjustable mount for gripping one or more of the stabilizing rods. Together these components create a highly efficient, versatile and stable mounting system. 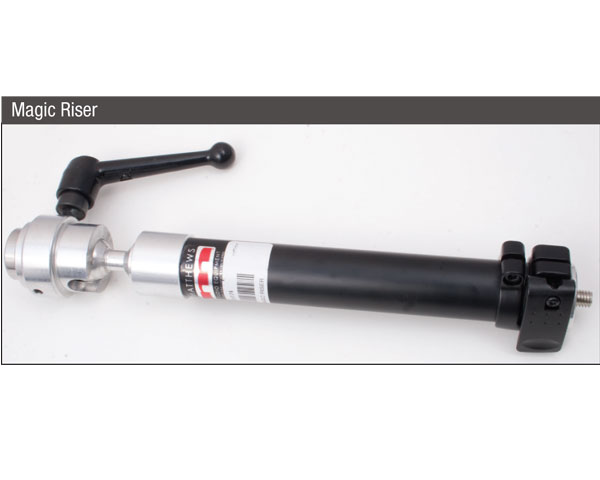 Setting up the system is easy. Once you’ve done it a time or two you’ll be able to put it all together in around five-to-10 minutes. Before attaching the suction cups, make sure the mounting surface, and the underside of the cups themselves, are clean and dry. Place the cup holding the camera first. Press it firmly against the mounting surface and draw out the air by actuating the plunger until it stops moving. Give it a test pull; it should now have a firm hold. Release the ball head and adjust until the camera is in the correct position then lock it down.

Now attach the two remaining suction cups. Position them at approximately 60 degrees off center to the camera. Forming a triangle in this way creates an extremely stable mounting setup. Without the additional cups and stabilizing rods, the camera would sway from side-to-side and eventually come loose. Depending on the setup, all three cups may be on the same surface, such as the hood of a car, or different surfaces, the hood and windshield for example. The system is extremely versatile, allowing you to achieve a great range of camera angles.

Finally, slide each of the 20-inch Micro Grip rods into a Micro Grip head at one end and a Mini Grip head at the other. Adjust rods and heads until correctly positioned then lock them down tight. For maximum stability, you want to create some tension on the camera by having the rods pull against each other a bit. One final note – while not included in the kit, always use safety straps as an added precaution. We used ratcheting tie-down straps for our tests and they worked just fine (although we did use an older camera – just in case.) To see how it all goes together, check out the Matthews demo. 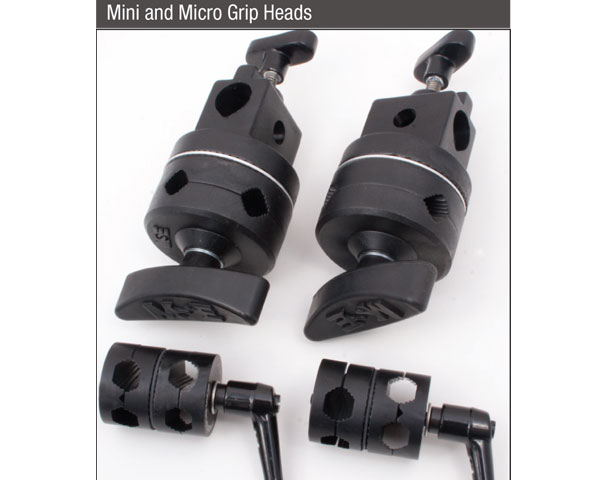 We tried a number of different setups, all with excellent results. We mounted the camera on the hood for a view of the driver through the windshield, then on the roof, facing backward. Next, we moved it to the side of the car to catch a close up of the driver through the rear view mirror, then low, near the front, for an exciting close up shot of the wheel turning and hugging the road. In each case, the hold was solid and reliable with setup changes quick and easy.

Though not included in the system, Matthews sent us a Magic Riser to check out – and we liked it! With a ball head at one end and a telescoping rod at the other, the Magic Riser gives you greater positioning versatility and gets the camera nine to 14-inches further away from the vehicle.

Moving shots add dimension to a scene. Setting a camera on a car gives you amazing movement abilities. Using the Matthews PRO mount system will give you assurance that the shot will be good and the camera will hold.