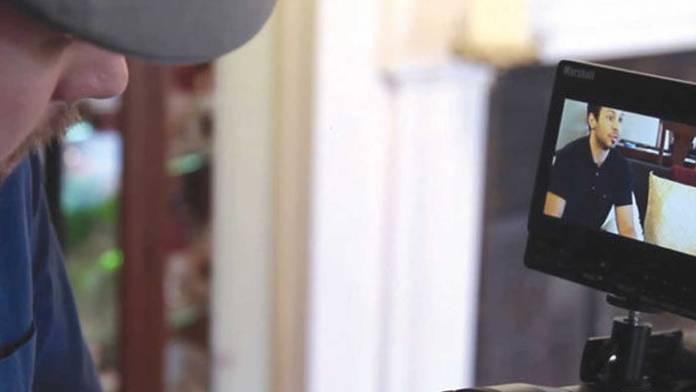 As summer approaches, you get a call to produce a seasonal series on backyard grilling. While the thought of shooting a food show like this sounds appetizing, the actual logistics present a real challenge.

The shoot will entail both indoor and outdoor locations using two cameras in a relatively confined space. Despite your best attempt at organization, you fully expect an obstacle course of cameras, cords and crew members to arise before you even start rolling. The production has the potential to be as messy as the BBQ ribs you’re filming.

As the director, you need to get your shots without getting in everyone’s way and contributing to the chaos. The solution lies in one of the classic film direction techniques: Direct the shoot from a video village.

See What the Camera Sees

As you try to create the best video production possible, you’re well aware of the never-ending list of questions you must confront. Did you get the right permits? Do you have signed talent releases? Have you set up scouting locations? Are you shooting on the right equipment? Is the crew on time? What are you going to feed everyone? It’s a lot of hassle, but it’s worth every minute if you get the one thing you really need: The best shots.

As you try to create the best video production possible, you’re well aware of the never-ending list of questions you must confront.

So how to ensure you come home with all the footage you need? Unless you’re the camera operator, you’ll have to rely on a freelance videographer or a crew member to compose and capture your shot. This generally isn’t a problem if the shoot is relatively small and you have time to trade peeks in the lens until they get everything framed correctly. Unfortunately, that’s not always the case. There’s too much going on, not enough time, you have more than one camera or the shots are constantly changing.

But – as with so many aspects of the digital revolution – advances in video cinematography technology have created the perfect solution to seeing what the camera sees in real-time without hovering over your camera person. Video monitors.

Observing your shoot through a video monitor gives you an instant view of what the camera is seeing. You can keep tabs on whether the shot is really in focus, if the camera is actually rolling and if the image on screen is the image you discussed and had in mind.

If you plan to use multiple cameras, be sure to budget in one monitor per camera. Assemble those monitors into a group so you can see them all at once. This will give you a terrific sense of the footage you’ll be taking to your editor once the shoot is over.

It Takes a Village

In its simplest form, the video village is a monitor connected to the camera. Ideally, the monitor is placed out of the way, separate from the cameras, crew and action on set. This setup allows the director and other personnel to keep tabs on the production without getting in the way.

In its most complicated form, the video village is comprised of several high-end video carts residing in tent cities feeding dozens of monitors that run the expanse of the set. On some big studio shoots, there’s even a satellite feed to beam the video to offsite producers. In each of these cases, one fact remains the same. The video village is an isolated location that allows key personnel to monitor what the camera is capturing.

Whether it’s a set designer, make up artist, producer or client, a well set video village gives any and all stake holders the opportunity to confirm they’re getting it right. Does the make-up still look realistic? Is the actor playing to the camera? Does the lighting feel appropriate? Whether you’re working with a freelance videographer you’ve never met before, or crew members you know better than your own family, a video village allows a number of people to get crucial information at the same time. Directing this way isn’t a necessity, but once you employ this directing tip, you’ll quickly realize why it’s done so often.

The type of video village you construct depends mostly on how much funding and gear you have. If you’re directing a single camera shoot, all you’ll need is cable running from your camera out to a monitor on a stand. Make sure you have enough slack, that the cable is clearly marked and that the cable is tucked well out of the way.

If you’re using more than one camera, set up a monitor feed for each. This is crucial for multicam shoots as it allows you to see in real-time how easy the cut between the camera angles will be, make sure you’ve got coverage and that both cameras aren’t refocusing or reframing at the same moment. If your camera A is zooming in a bit at the same time your camera B is refocusing then you’ll be out of luck when you edit the scene. You’ll have nothing to cut to.

As your budget increases, the options begin to expand. Wireless monitors are great since they remove the need to run cables between the village and the rest of the set. Bigger monitors, recording and playback decks and more stands are also options used by larger productions when budgets are less of an issue.

In most cases, you’ll want to build your village close enough to the set that you can get to your talent quickly and effortlessly but far enough away that your crew has enough space to work. When out scouting location, consider not just the stage for your action but the space for your crew. If you expect a crowd, give yourself enough room behind you so folks can gather comfortably to watch. Without that buffer zone, people will crane necks and bunch in to catch a peek, which can ultimately create a distraction to you doing your job.

Another important tip is to face the monitors away from the set. Do not allow talent the temptation of watching themselves while you roll camera or you’ll be dealing with a lot of peeks in the monitor’s direction as you record.

What You See is Not What You Get

One crucial aspect of using monitors on shoots – whether physically attached to the camera or connected remotely via cables – is to understand that they’re meant primarily for reference.

What you’re seeing on the monitors in terms of contrast and color isn’t necessarily what the camera operator is seeing through the lens or what the camera is actually capturing. Yes, you can control the color balance, brightness and contrast on most monitors, but you’ll be hard pressed to get a perfect match between that and what shows up in the edit bay.

Check your camera settings before the shoot to make sure you’re properly color balanced. Use the monitor to gauge composition, review action and get a general feel of the how a shot looks. Many news stations pre-set colors using a chip-chart on the set that both cameras see to match the monitors similar to how you’d set up a clap board for audio.

As you direct your production from the village, pay close attention to what you’re seeing on those monitors. Before you start rolling take a moment to inspect the images in front of you. Ask yourself the following questions:

Once you give the all clear to start rolling, check the monitors again to make sure the cameras are actually recording.

If you’re shooting in the field, that doesn’t mean you have to ditch the village when rapidly changing locations…take the village with you! Leave the stands but keep the cord and the monitor and start walking with your camera operator. Once you find the next shot and your camera operator is set, plug back in and observe away. Most professional camera operators are happy to oblige since a happy director means they’re doing their job correctly. The one tricky aspect to this setup is that tethering yourself to a mobile camera operator can be restrictive for both of you. If your cameraperson needs to move through a space quickly and randomly to get the best angle, it’s better to stand back and let them do their job.

A great way to stay on top of your production in realtime is to employ a tenet of film direction techniques: The video village. It allows you see what the camera is seeing while staying out of the crew’s way. It gives the other players in your production a chance to monitor their contributions and offer input if needed.

Setting up a video village to try to get the best video production out of your crew as possible doesn’t have to be a big deal – a simple monitor on a stand is the best place to start. The larger your production and budget, the more you can scale your video village up in size. Whether you’re shooting a backyard BBQ or straightforward studio interview, the directing tips in this article should help you stay focused on getting your shot.

Sidebar: Who To Invite Into Your Village

Once you’re up and running, you may find more people than you’d like buzzing around your monitors. Don’t be afraid to pare down the audience around you. Not only do you risk unwanted advice and input, having too large a crowd can be a distraction for the people who need the monitors to get their jobs done.

Ideally, you’d want to make sure the following have
access to your village:

James Williams is a digital video producer for a broadcast production company.

As an up-and-coming director, you jump at the opportunity to direct your first feature film. When you get your hands on a script being...