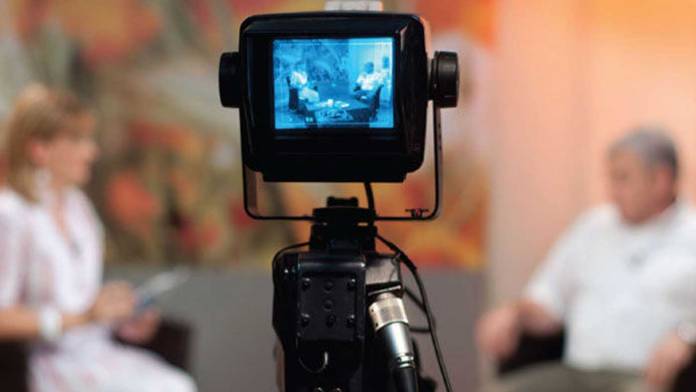 There are many interview approaches and styles: Are you looking for a hardcore journalistic approach or something less intense? Will you casually guide interviewees or follow a defined path? Video interview techniques will vary depending on project intent and focus and interviewee personalities.

Whatever your intent, it’s important to pay attention to the basics before moving on to interview sessions. Interview techniques are as diverse as the questions you ask your interviewees.

Don’t become so involved during prep and set up with the technical aspects that you overlook the needs of your interviewees. It’s possible to have the perfect setup yet wind up with a bust. These interview techniques and tips will help you avoid that.

Interview techniques and decisions you should consider:

2. Time Isn’t Always on Your Side

Time is a crucial, even critical, factor when it comes to what needs to be done before and during interviews. It’s impossible to avoid every delay and problem, but give yourself as much time as is realistically and economically feasible to get the interviews you need.

Take time to check and prep equipment before you think about shooting interviews. Sure, that goes without saying, but too often too many video producers take equipment and batteries for granted. Given the opportunity, this stuff will let you down. Don’t show up for interviews and discover your mic is missing, batteries are dead or you left your notes on the kitchen counter.

Having jammed up on interview techniques and tips, you’re ready to put them to work. You’ve made notes to help guide the interviewees.

The first thing to do is prepare your interviewees so they know what to expect and what is expected of them. Good interview techniques include content and visuals. Discuss the topic focus and interview process with your subjects. Know your topic and your interviewees.

Time is the measure. Focus tightly on questions and anticipated responses. You should plan with an open schedule and plenty of time to allow for wandering off-script or even an extended session for extra content.

It’s hard to conduct positive interviews if you appear too aggressive. Some interviewers have been at this for a long time. Their reputations precede them. If you’ve developed interview techniques for hardcore, gritty interview style your interviewees may arrive with defensive attitudes or chips on their collective shoulders. On the other hand you and your subjects may have had very little exposure, experience or notoriety. Either way, most interviewers will discuss the purpose of their session with their subjects.

Except in a person-on-the-street interview, you should know the general questions you intend to ask and discuss them in a pre-production session. It’s a better idea to prepare well in advance, providing your subjects with notes and question sheets prior to scheduled interviews.

Stay courteous, genuine and personable. Exuding an air of antagonism or judgmental attitude at the start is a sure way to sabotage your interviews. Essentially, regardless of your programming, interview style or provocative content or intent, being nice will put your interview subject at ease.

5. Using a Stand-in During Setup

Setting up prior to your interviewee’s arrival is a good approach but that isn’t always possible. Maybe you’re conducting impromptu interviews on the sidewalk or in a public place. There’s not much planning you can do during a run-and-gun session or reality-show style production.

With studio, office or controlled location interviews, it’s great to have assigned help, with crew acting as stand-ins while setting up lights and audio while you prep your interviewees. Good interview techniques work hand-in-hand with most directing tips, as interviews are often as much a performance as entertainment productions.

6. When They Look Great, or Not

Occasionally you’ll have to make do when, regardless of suggestions, interviewees show up not looking or dressing as desired. In a studio, it is often good to have a few casual jackets in different sizes to hide the T-shirt and jeans combo, or sweaters, scarves and other clothing accessories to dress up or down for the right look in an emergency.

Use angle, posture and powder for ways to approach improvements. People want to look their best as a rule. Rarely will they be offended if you genuinely focus on making that happen.

Other interview techniques and tips should always be what to do when your subjects want to see the results or themselves on the monitor. There’s a broad range of possible reactions to being told no, you can’t. As a rule, you don’t want this to happen for reasons ranging from poor eye contact or angle as they watch themselves on the monitor, to being second-guessed by subjects regarding how they look, sound or perceive themselves.

Talk about this prior to interviews. Explain about the eyes-on-the-monitor syndrome or time and scheduling restraints making it difficult to evaluate each and every session. Mileage will vary based on who’s paying for the production or the program’s purpose and intent. Vanity can also rear its perplexing head. Verbal encouragement and reassurances can help avoid potential problems. “Great session! Looking good!” Sounds sappy and spurious; sometimes calmly stating, “That’s exactly what I wanted,” without exclamation points, will suffice.

8. When the Producer Wears All the Hats

Producers that wear all the hats: interviewer, shooter, grip, lighting, audio; face unique challenges. Again, time is key. Schedule additional time that is required for doing it all single-handedly.

Discuss sessions in advance. Share the Q&A sheet and anticipated responses ahead of time. Set up early. Be ready to move into interviews quickly. Keep downtime to a minimum by being ready and pushing the agenda with confidence. Let nothing interfere with your primary objective: great interview sessions with quality audio and video.

It helps if you can afford or acquire a volunteer crew. One additional body makes a big difference, someone to handle setup while you prep interviewees saves time. Time is money. Getting more done in less time by bringing in crew for audio and video reduces risk of fatigue or overrunning the clock. Crewing up isn’t always a matter of money, it’s often a matter of friends, family, wannabes or networking with other video producers.

Shooting video is usually exciting, preparing to shoot video often isn’t. Editing video is fun for most of us, preparing to edit usually isn’t. The catch to having fun with all this video stuff, including recording interviews, is – it takes preparation. This is the part of what we do that most of us wish would go away!

An underlying theme of many Videomaker articles is managing your time by being prepared and informed. This strongly applies to acquiring great interviews instead of mediocre or disastrous ones. See the associated sidebar, All-Time Greatest Interviews for some interesting study sources. You don’t get great interviews by being a run-and-gun videographer operating on serendipity with large doses of luck. The impulse to get to the fun stuff is huge but take some time to prepare yourself. Solid video interview techniques will put you on top of your game.

When researching to study interview techniques you don’t have to go very far on Google to discover The Guardian website and its Great interviews of the 20th Century.

On the other side of TV interviews is The Twenty Weirdest TV Interviews of All Time compiled by Nerve.com editors featuring some interviews that went seriously wrong.

Finally, Toli Galanis, a NYU journalism graduate on quora.com, names C-SPAN’s Brian Lamb “best in class” citing Lamb’s talent for “staying out of the interview process, as it should be” and suggesting, “If you study his methods, you will mostly notice questions devoid of inflection, frame, presupposition or agenda– a rare thing.” Galanis also mentions Richard Heffner from The Open Mind with more than 50 years in public television and Real Sports with Bryant Gumbel, suggesting that these interviewers are worth studying.

A whole world of interviewing history, techniques, styles, with class and with crass is available for video producers who want to pump up their video interview techniques.