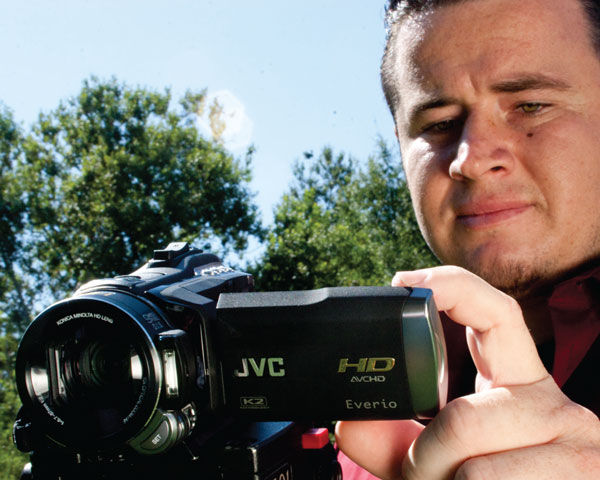 So you’ve got a video camera! Perhaps you went out and bought one specifically or perhaps you’ve discovered that the fancy DSLR you have shoots video. Either way, video is a great way to tell stories, stay in touch with friends, and get information from one place to another. The better your video, the more effective it will be at doing what you want. We’re going to look at the basic steps necessary to make a video. We’ll look at things like how to make a storyboard, finding video editing tutorials, and some cinematography techniques to make your production shine. 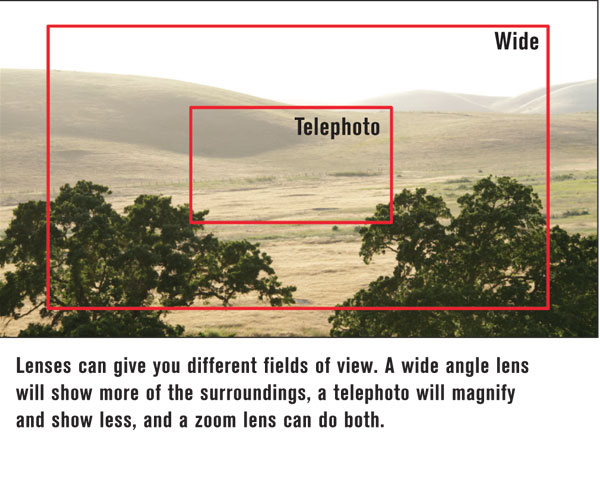 The first thing to do is decide on what type of video you want to make. Start small with a project you know you can finish, aim for something under five minutes. The techniques you use for this will always be applicable to larger projects. Your video can be fiction (either a story of your own invention, or an adaptation of an existing work, or even a dramatization of an event in your family history) or it can be non-fiction – a “how to” video demonstrating something like a baton twirling trick or changing a car tire, or it can be of an event, a wedding, baptism, or sports match.

Once you’ve come up with your idea you can make a storyboard, which is usually a series of drawings showing camera angles, framing and movement, and used as a visual map for the shots you’ll make during production. This is a really good idea if you’re making a multi-million dollar Hollywood blockbuster. You don’t want Bruce Willis and a forty-person crew standing around twiddling their thumbs while you figure out where you want the camera. On smaller productions, some directors will storyboard completely in their heads, but most will do it simply by writing down an outline that may look like this:
1. Wide aerial shot of Snake River Canyon.

3. Wide shot of Daredevil Bob standing next to his mondo rocket-cycle.

4. Daredevil Bob: “Today I plan to succeed where Evel failed. After achieving a speed of 900 miles per hour in my mondo rocket-cycle, I’ll hit this ramp.”

5. Medium shot, pans across ramp, Daredevil Bob voiceover: “…and be launched over the 1,300 foot gorge to land in a pile of old mattresses on the West side.”

6. Medium shot of Daredevil Bob jumping from a ladder onto a pile of dirty mattresses.

More useful often in small productions is to simply have a “shot list” which is a list of all the angles and sequences you want to have before you get to the editing room. A shot list for Daredevil Bob’s jump might look like this:

As you can see, the shot list is just a broad reminder of what to shoot when you’re in the field. For short projects this should be plenty.

Articles on basic composition will help you in framing your shots which is important in making things look nice and keeping your viewers entertained.

After you’ve got a general idea of what you want, you may need to find a location and you may need to find some talent. This doesn’t mean that you have no talent now – talent is what you call the person in front of the cameras (regardless of whether or not they have any). If you’re making a video about Daredevil Bob’s historic jump, you’ve got your talent and you’ve got your location, but what if you’re doing a video about how to change the side mirror on a 1965 Ford Mustang? You’ll need someone who’s capable of doing it, and you’ll need a place to do it. Here’s where you take into consideration things like “out of all my friends, who has the best lit, cleanest, most spacious garage?” and “out of all my friends, who’s the most likely to do well on camera and to be able to explain and carry out this task?” The people who end up on TV aren’t necessarily the best at what they do, rather they’re the best on TV doing what they do. 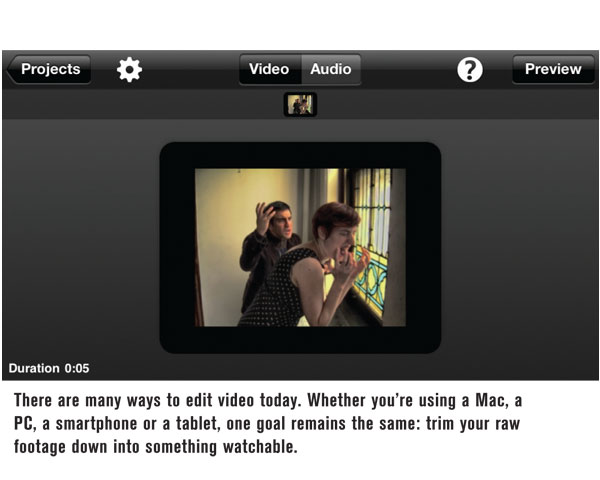 A camera is only a sealed box that allows you to control the amount of light that gets in to hit a photosensitive microchip. There are really only three important controls on a camera. Two of them control the amount of light that gets in; your “aperture” controls how much light goes through the lens and your “shutter speed” controls how long the shutter is open and thus the amount of time this light is hitting the sensor. The third, “focus”, controls the amount of your image which is in sharp focus. Most modern video cameras have a “program” mode that will have the camera set all of these. On your first videos, go ahead and let the camera make these decisions, as your explore various cinematography techniques like shallow depth of field and fast or slow shutter speeds. Later, you’ll want to take the camera off program and experiment with manual control.

The lens on your camera is either a “fixed” or “zoom” lens. A fixed lens can only show one field of view while a zoom lens can cover a range of angles from wide to telephoto, and the range depends on the exact lens. There are benefits to each of these.

Your camera doesn’t have to have any of these fancy controls though – you can make a video and find video editing software for lots of smart phones. The world of video production has come a long way in the past fifteen years.

Quiet On The Set!

Your camera probably has a built in microphone which records audio synched with your video image. This is convenient, but not the best option for a number of reasons. The biggest reason is that the microphone is in one place and your talent may be in several places, meaning that audio from one will be louder than audio from others. Eventually, you’ll want to get some off-camera microphones, but in the meantime, be aware of the distance from your camera of all the audio you’re recording. Also, remind people to turn off their cell phones and anything else that might make background noise, like the air conditioner. (Now is the time when you begin to suffer for your art).

It’s also likely that your camera has something called “automatic gain control” which is the camera’s way of dealing with audio sources from a wide variety of distances. It will attempt to boost the signal of quiet things and limit the level of loud things. Like any automatic setting on your camera, this comes with mixed results. Eventually you’ll want to control the audio gain manually. 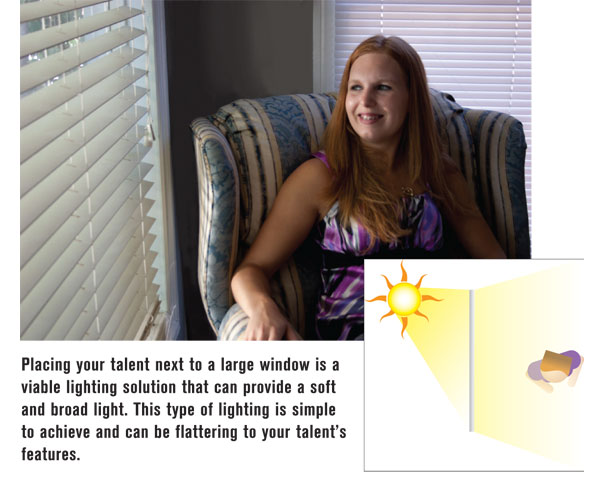 Many a great video has been ruined by bad lighting. This can either be direct, overhead sunlight giving everyone heavily shadowed eye sockets, or it can be green-hued fluorescents that make everybody look like the recently undead. (Or a bunch of other horrible things that can go wrong with lighting…)

Luckily, natural (sun) light is very good light if properly treated and abundant for a good portion of the day. The three most typical types of light used in video production are “key”, “fill” and “back” or “hair” lighting. You can read about it in this article: Three-Point Lighting 101.

You can often get away with a single source of light if it’s broad enough and soft enough. A large window to one side of your subject will provide flattering light, as will shaded daylight. You can also use some guerrilla lighting options such as halogen work lamps bounced off walls or ceilings.

Editing: Connecting the Dots for a Fluid Scene

Nobody wants to see all of your raw footage, so after you’ve shot your footage, you need to edit it down into something that people will watch. (One other option is to edit “in camera” meaning you shoot everything in order and use everything you shoot. This made more sense when people were recording onto linear tape and editing systems were expensive and difficult to use.)

There are many types of video editing software available for every computer platform (including smartphones), and free ones that are part of your computer’s operating system including iMovie for the Macintosh and Movie Maker for Windows Live (Microsoft’s Movie Maker is no longer installed by default, you can download it from the Microsoft website).

When beginning to learn to edit, it’s best to stick with cuts: Editing systems have lots of “transitions” – ways to move from one shot to another, things like page turns and star wipes – these are best avoided. Most professional editors stick with cuts and the occasional cross-fade.

Adding titles to the beginning and ending of your production can help make it look professional and set your scene (“Brad’s Birthday Party” or “Vacation in Roswell”). Titles can either be on a solid background or can be superimposed over live action. Check out these stories to help you understand basic editing style: Getting Started in Computer Editing and
The 180 Degree Rule.

Keep your first videos simple. Make them projects not too daunting that you can’t finish them in a weekend. There are a plethora of Videomaker articles available online that go over in detail all of the key elements of how to make a video. Once your video is complete, you can learn how to distribute your video electronically, so that friends and family can see it.