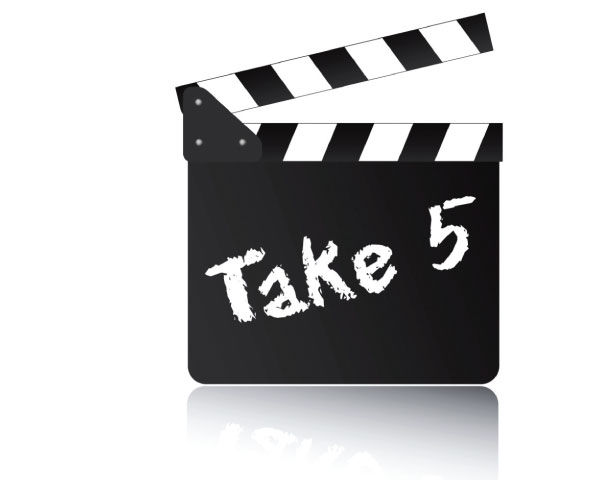 Do you cringe when friends ask if you want to see their vacation videos? You’re a video producer and you know how to make videos entertaining. But some people have trouble making the vacation videos interesting.

Seriously, how many rock structures can one shoot, and how many castles can one show before they blend together and the viewers’ eyes glaze over? As a Videomaker reader, you know better, so here are a few quick tips to share with your friends before they head out of town. Tell them to test your tricks and that you can’t wait to see what they learned when they return. Or not.

1. Plan Before You Shoot

Before hitting that red record button for your home movies, focus and compose the shot. Are you cutting off someone’s head? Does a group shot cut someone in half? Check the background – is garbage spilling out of a trash can? Can you move it? If not, can you move the subject? If not can you move the camera?

Backlit subjects are common in vacation videos and home movies – everyone wants to get a shot of the sunset in the background of some exotic locale. Place people so they are near the side of screen with light in their faces and the sunset filling the other two-thirds of the shot. The lighting will be better balanced and you’re also practicing good rule-of-thirds composition by placing your subject on the imaginary points of a tic-tac-toe grid, rather than in the crosshairs of a rifle scope!

Just because your camera has a zoom control, doesn’t mean you need to use it for every shot. Zoom in to focus, then zoom out to compose your shot, then leave that zoom button alone! It will just give people a headache when they watch your home movies.

The best shots are those where the subject decides the action, not you or the camera. If you do need to zoom, pan, tilt or use some other moving shot; start and end each shot with two seconds of non-movement. This prepares the viewer for the next shot of your home movie. Try to follow the Ten Second Rule. Unless you are following something that is moving, you usually don’t need to hold a stationary shot longer than 10 seconds, your audience gets it.

3. Establish the Shot, then Get Close – Even Closer

Always start a new scene or location with a wide establishing shot of the scene. Then get some close-up shots. If it’s a wide panoramic scene of the Grand Canyon, for example, a close-up shot might still be wide, but less so, called a medium wide shot. Take it at a different angle, so it’s not just the same shot – but tighter. An even closer shot might be of some of the flora in the surrounding area. Give the viewer some variety. You’re taking a possible one-minute video, and breaking it into several ten-second shots that add more variety, angles, and examples of the same scene, just making them more interesting to your viewer.

You want to give the viewer some information, but you want to give them the full experience of the sights and sounds of the scene. If you know that you will be editing, then narrating a bit after each scene is a great way to take notes if you plan to cut it out. If you won’t be editing, and you still wish to narrate, then plan what to say so you don’t pause, hesitate, repeat, or ramble. Keep it tight, concise and narrate for the first five seconds of the shot, then let the nat-sot (natural sound) carry the rest. Just because they’re home movies doesn’t mean they can’t feel professional.

While we’re on the subject of sound – the racket of hundreds of voices in a crowded market in Thailand or traffic sounds under the Arc de Triomphe on the Champs-Elys&#233es in Paris are expected, kids screaming or horns honking at the magnificent prehistoric geological rock formations at the Garden of the Gods in Colorado aren’t. Tour an area at a time where the noise will be at a minimum. Listen to the sounds of the environment, and try to get close enough to capture them.

5. See the Beauty in Natural Light

Lighting at outdoor locations is beautiful in the early morning, or late afternoon. The shadows fall across the landscape best at these times. At full noon, everything will look flat and one-dimensional. Additionally, “Golden Time” at sunset and sunrise, is short, so plan well and set up before the sun does its magic.

Jennifer O’Rourke is an Emmy award winning video editor and shooter and is Videomaker‘s managing editor.