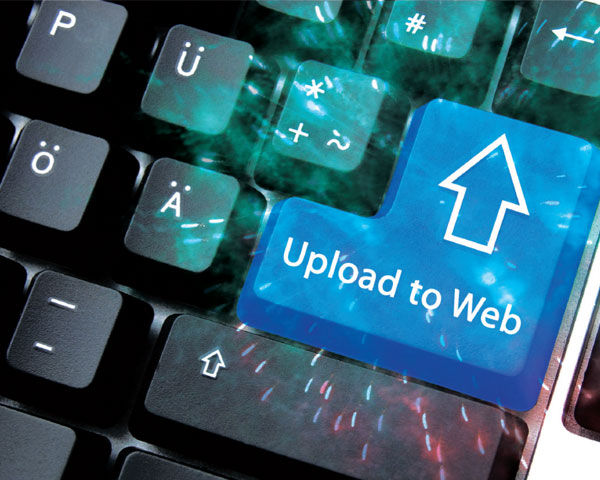 We have in front of us our newest medium with which to utilize, and it is called web video. Certainly, we have had our share of video media: Broadcast TV, VHS home video and DVD. Well, you might say, “Web video is not that new.” And you’d be right. But it is a changing medium. It is different and better than ever, and has evolved significantly in the last five years. YouTube’s viewership rises by the double-digits each year. Can this be said for the others listed above? Frankly, no. Even though our newest stories are being told on video specifically for the web, our archive of fantastic stories from other sources cannot be left out in the cold! Our past stories can be adapted for this online medium. Using video editing technique, social media optimization and an understanding of story, our videos can thrive like never before. 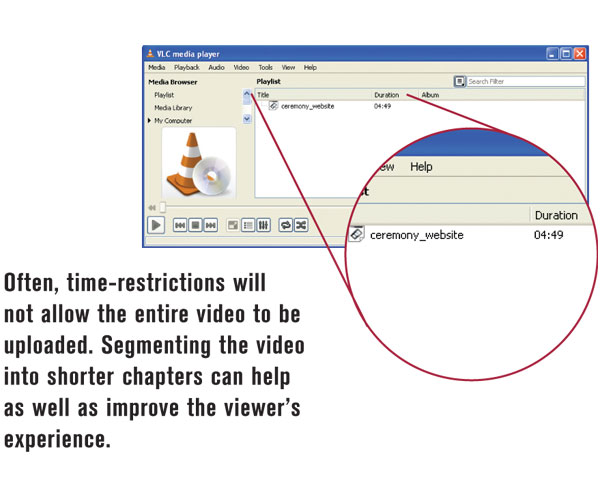 If you’ve been involved in making video even a short length of time, chances are that you’ve experimented with making a DVD, or you’ve even been asked to create one. While DVDs serve a wide audience (most laptops include players, and stand-alone units can be had for under 20 bucks), videos on DVD can also be thoughtfully ported to online video. So, let’s do something new with our shelf of DVDs. Whether you have an instructional video or even a feature length movie, here are a few ways to make them fit in online:

1. First, a full DVD is too long for most viewers to watch online. Since online video’s sweet spot is typically under five minutes (and sometimes less than two), time spent pondering good edit points is very valuable to you, the video producer. Consider uploading each chapter as a separate video. Chapter breaks found on DVDs serve as natural cutting points, though they may run longer than five minutes. Shorter video segments also allow the viewer to download less material – freeing up Internet bandwidth for other family members or coworkers to enjoy the web.

2. While the segmented approach mentioned above is best for heavily segmented DVDs such as Instructional DVDs, a different approach can be helpful for Narrative films. Keeping the narrative story together is key. Consider uploading your story in three parts; one for each of the three story acts. Editing may again be required, but longer video segments of up to 10 minutes are generally accepted. You can also track which acts or scenes are the most popular with viewers using tools like YouTube’s video stats. 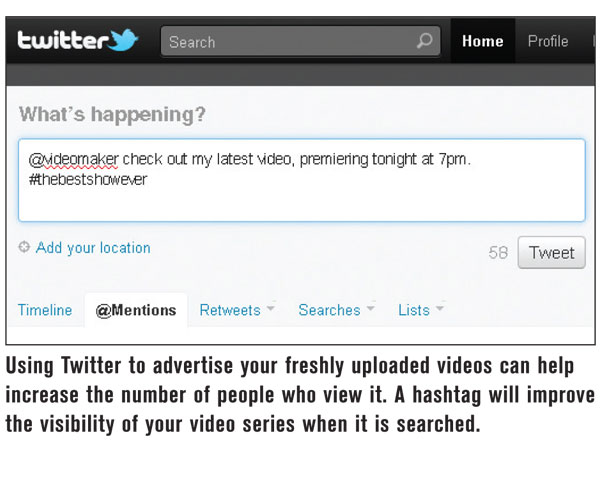 3. Uploading episodic stories, or serials, is ideal using video-sharing communities such as YouTube and Vimeo. These sites allow other people to follow your story and add comments which could, in turn, help refine your video. Utilizing good feedback is way to engage with your audience, and inspire more viewers to contribute to your success. Some non-video communities like Twitter are also ideal for distributing serials. While you can’t embed a video in Twitter, you can link to your video in a tweet. Sharing tweets at regular intervals, each with a video link, creates the serial story.

“@arlohemphill Drop everything and make sure to check out the latest episode – 4PM Thursday! #theottermovieproject”. In this case, “@arlohemphill” is the account of a Twitter contact who I think will enjoy and share the show. Our hashtag is “#theottermovieproject”, and when it’s applied to many tweets, it will improve the visibility of our video series when prospective viewers are looking for it. When you “@” someone, they are alerted to the mention, though all twitter contacts would see the tweet. The hashtag “#” is mostly used for Places, Things or Events. And sometimes fun tongue-in-cheek stuff. Example tweet: Watching news with @GabriellaDago Anchors seem sleepy! #ABCpleasecaffeinateyourstaff 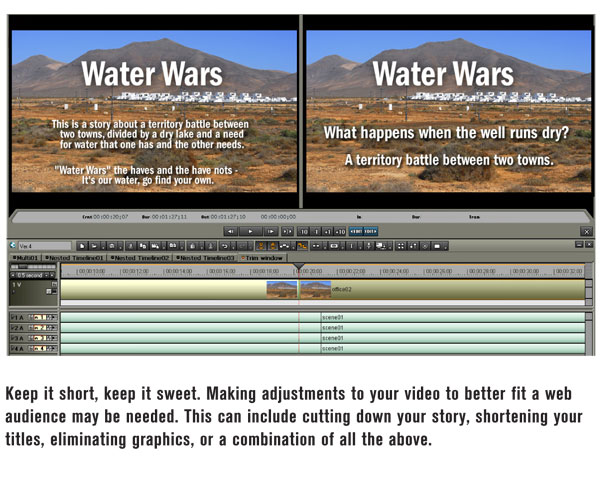 We’re all familiar with TV and its two closely-knit parts: television shows and those pesky advertisements that seem to show up just before the car goes off the cliff on-screen. A television show’s length is approximately twenty minutes of story, which allows a TV station to insert breaks in the action for said advertisements. If you’ve made a documentary or narrative show for TV, you’ve already made some changes to your original story to accommodate the television medium. When adapting your story for the web, you’ll also have to make some story adjustments. Some scenes may be cut short, others may even be removed to fit the broadcasters guidelines. The guidelines for formatting your story for the web are less regimented – but no less important. At its most basic, a web version of your story may be a “cut down” of your original, full length video. In this instance, your new video would aim to keep all of the elements that made your original story engaging – be it a powerful narration, smooth pacing or punchy graphics– just shorter in length by a factor of two or three minutes. Complex stories may require more complicated editing techniques, such as re-arranging scenes or adding parallel storylines. An abbreviated intro sequence is a must. This may mean re-working graphics and titles. Keep in mind, the web audience is interested in short, pointed stories that can keep their attention right away.

TV advertisements have found a home online as well. While any small business can upload their 30 or 60 second TV spots, success is often found by sandwiching them with unique content. Popular videos to include alongside your ads are documentary or cinema-verite style short videos. These can describe a business in greater detail or show “real” employees having fun at their job. The idea here serves to contrast the polished TV ad, while continuing the story of the business or product. At the top of the top lies Old Spice and their most recent web campaign featuring Isaiah Mustafa. Pairing with creative giant Wieden+Kennedy, Old Spice uploaded its original TV ad to YouTube, and found gold in viewers’ responses. The ad gathered hundreds of responses, and Old Spice responded by uploading new videos with Mustafa addressing individual viewers directly – in near real time. Word spread fast online, which fueled millions of views for the ad.

Back in the early days, you know, around 2005, a very interesting phenomenon started occurring: some stories were being shared expressly for the web, while others were being copied-and-pasted from traditional media. This was before YouTube’s rise to online video stardom, and when video podcasts numbered in the low hundreds. The result of transplanting broadcast shows to the web amounted to putting ‘TV on the radio’. Something was definitely missing! Since television consists of two distinct parts: picture and sound, both are needed to make the experience a good one. Just think of listening to an episode of Seinfeld– on the radio. The story no longer fits the medium, and borders on something of experimental art. You’d probably be able to follow certain parts of the Seinfeld story, but you’d miss Cramer’s funny facial expressions and the textured big-city backdrops that are key to the show. So it goes for video, television and movies that are simply copied-and-pasted to the web, without any thought of how the web can work in our favor. The web is changing storytelling; it allows us access to large audiences and to connect with them. It allows us to share experiences in ever-meaningful ways. And with your help, these changes will be for the better.