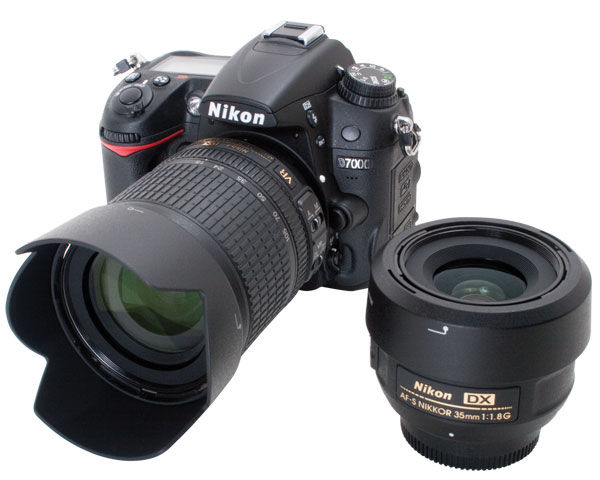 The year was 1997. Apple Computers, Inc. was sitting at the lowest market share the company had ever seen after a record-low stock price and crippling financial losses. Sales were so bad that some retail stores wouldn’t stock Apple’s product on their shelves. Fast forward to 2010. With the release of popular products such as iTunes, the iPod, and the iPad along with a major refresh of its computer line, Apple had become one of the largest technology firms in the world. What accounted for such a drastic change? Other than a change of CEO, one of the biggest reasons was a return to quality products at affordable prices. This is precisely what Nikon has attempted to do in the HDSLR world with its newest offering, the D7000. Previously, Nikon’s models such as the D3S and the D700 fell short of a lot of the pro features of Canon’s HDSLR lineup – helping Canon get a big head-start in the emerging market. However, with an upgrade to 1080p video and a small price tag to boot, Nikon is finally showing the professional video world that it means business. 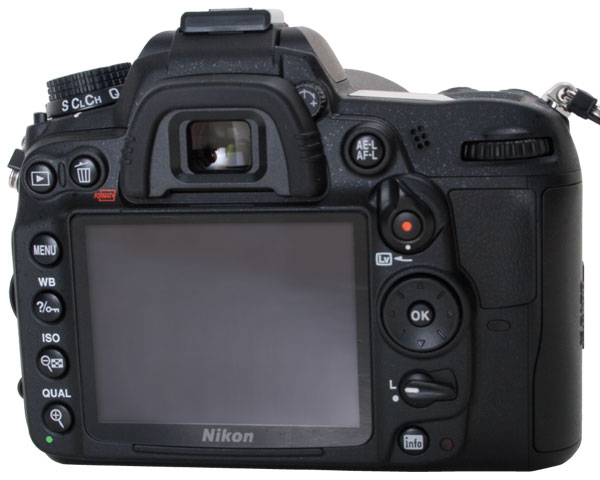 With its years of refinement and practice, there can be no doubt that the best feature about the D7000 is the quality of its still photos. In our test shots, we noticed very little grain, superb color reproduction, and virtually no compression when using the RAW/NEF format. The reason is mostly due to the camera’s ability to shoot photos at ridiculously high 16.2 megapixels in either 14-bit NEF/RAW or the ever-popular JPEG format. Additionally, with the EXPEED 2 image processor allowing us to take six photos per second on a fairly large sensor size of 23.6×15.6mm, we never had to worry about missing any details from even the fastest action shots. Of course, there are cameras that can shoot at higher frame rates which have larger sensors such as Canon’s 1D Mark IV and Nikon’s D3S, but when compared with many of the most common HD camcorders in this HDSLR’s price range, it’s still a no-contest pretty much.

No shooter likes a camera that feels foreign to the hands or that is tough to handle. Thankfully, Nikon seems to have this in mind with its design of the D7000. Its magnesium-alloy body feels incredibly sturdy while the rubber hold-points on both the front and back of the camera give the camera comfortability and grip. The camera is also incredibly light, weighing in at only 24.3 ounces, making it ideal for run-and-gun style shooting. Though no HDSLR camera can quite beat the steadiness and convenience of a shoulder-mounted camcorder when shooting handheld, the design of the D7000 body comes close. 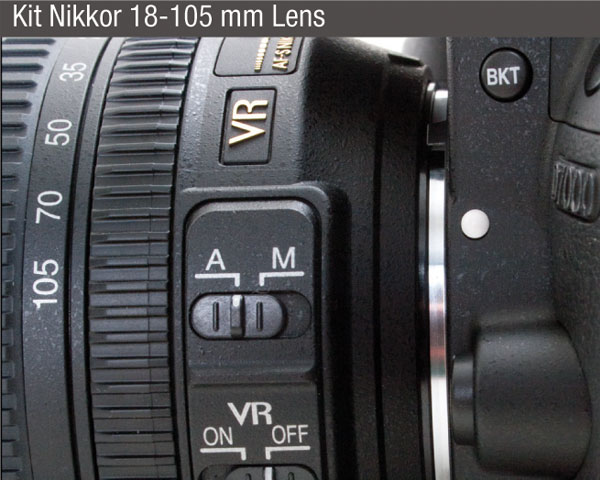 The D7000 is also equipped with a host of selectable exposure modes to choose from, such as aperture priority (A), shutter priority (S), program mode (P), and a manual mode (M). Each of these modes are useful in different situations, but we found that both the aperture priority and manual modes gave us the most flexibility. The camera also had handy external buttons for setting the ISO, locking exposure or auto focus, setting white balance, and for zooming in and out of live view in order to let us focus accurately.

The D7000 also had the standard click wheels for setting aperture and shutter speeds on the fly next to the shutter release button and the back of the body where the thumb naturally rests. Nikon also included a standard hot accessory shoe for mounting and powering external devices, which should come in handy for wireless audio packs or flash photography.

With so many great features on the still-shooting side of this camera alone, we naturally had a lot of high expectations for how the D7000 handled video. In this, Nikon did not disappoint. The first welcome feature we found on the camera was the ability to shoot both photos and video while in Live Mode without having to physically switch between two different settings. This feature saved us a ton of time that would have been spent waiting for the mirror to open, allowing us to capture both photos and video at a sports game without missing a beat.

After getting so much flak for the lack of 1080p recording on its Nikon D3S, Nikon finally included a much needed 1080p option in the D7000. Though the 1080p video looks great, it comes with one caveat. Unlike its rivals, the Canon 7D and 60D, the D7000 can’t record 1080p at 30 frames per second. Instead, to get a 30fps mode, we had to switch down to 720p, sadly giving us less resolution to work with. While most video enthusiasts will probably not use the 30p mode all that often, it can still be helpful for both legacy formats and slow motion playback on a 24p timeline.

It is good to note that while an image taken with a Nikon D7000 has less noise, a shallower depth of field, and captures light better than most HD camcorders, the image is still rather compressed. In fact, some broadcast companies won’t accept video filmed with an HDSLR since they feel it won’t be able to stand up to post-processing in the same way video taken with a camcorder can. This can be a major concern for those looking to delve into the broadcast world, but for indie filmmakers, documentarians, and hobbyists, footage shot with the Nikon D7000 will be second to none. 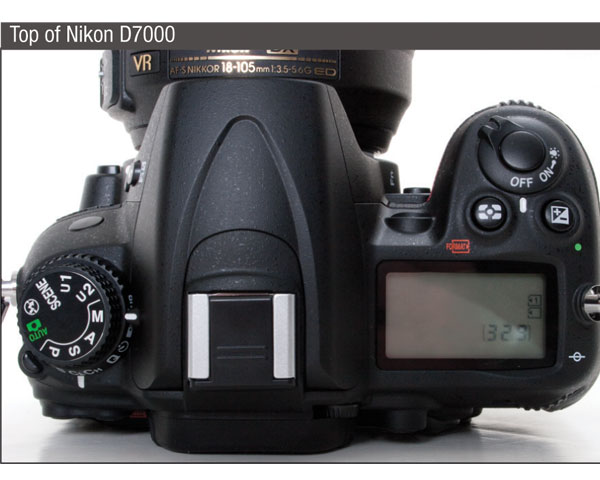 That’s not to say that the Nikon D7000 doesn’t have any defining features that give it an advantage over its rivals. A simple yet defining feature of the device is a intervalometer that is built-in for capturing high resolution timelapses. In most Canon cameras, this can only be done by buying an intervalometer accessory and attaching it to the camera which adds to the cost of the camera. With the D7000, capturing a timelapse is as easy as setting the time and date, the amount of pictures to take, and the time before the camera starts shooting; the D7000 does the rest.

One of the most talked about features of Nikon’s D7000 camera was its full-time autofocus ability while shooting video. While this sounds great in theory, in practice, we found that compared to the autofocus abilities of most camcorders on the market, this feature underperformed. In fast, low light situations, the focus was constantly breathing making our sports footage look like a bad reality TV show, so we rarely used the feature, opting to use the manual mode instead, which is actually a pretty standard practice for any kind of camera.

Another great feature of the D7000 is its ability to shoot with up to 2 SDXC cards at the same time. This allowed us to not only sport dual 64GB SD cards in our camera setup, but with the theoretical 2TB of space possible with the SDXC format, allowed us to future-proof ourselves as well.

The Nikon D7000 also came with a built in-microphone, an 1/8-inch microphone in-jack, HDMI and component-out, along with a USB port for transferring information from the camera’s cards to the computer. Notably missing from this list of ports was a headphone jack for monitoring audio from its internal mono microphone. Without this feature and without any visual audio levels to speak of, this camera, like other DSLRs, lacks a crucial tool for good video production. Additionally, when playing back the audio captured from the built-in mic, there was some audible noise from both the autofocus and data being written to the card. With imperfections like these, we found it was probably best to stick to recording on an external audio device like Zoom’s H1, which is what most video shooters of HDSLRs are doing.

All things considered, for dedicated pros looking for film-like shallow depth of field, great light sensitivity, and affordability, the Nikon D7000 delivers – all at a good price. This, combined with Nikon’s series of quality Nikkor lenses and built-in timelapse functions, gives this camera a chance of giving Canon’s dominance a real run for its money.

With full 1080p resolution, quality lenses, and excellent light sensitivity, Nikon’s D7000 is an HDSLR that will make video enthusiasts seriously think twice about going back to a standard camcorder ever again.