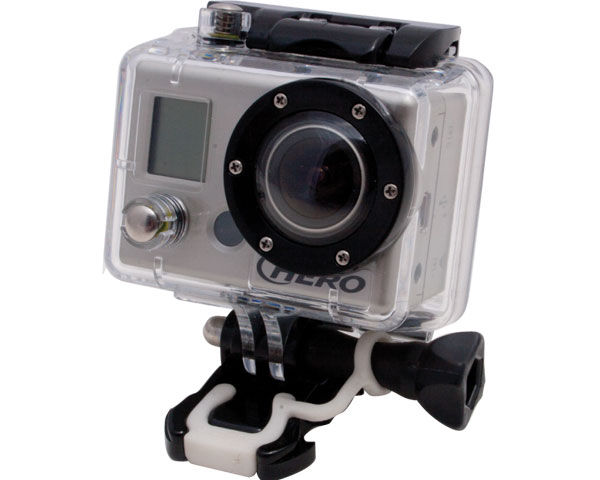 One way to convey a compelling story is through the use of creative angles, especially point of view shots (POV). But how does one go about capturing these shots? GoPro’s HD Hero packs full 1920×1080 HD video with its 1/2.5-inch HD CMOS sensor. The GoPro crew sent some mounting systems they offer with the HD Hero that allowed us to mount the camera wherever we desired – whether it was on the front of a surf board, a wrist, or even mounted on the front of one’s chest – GoPro had us covered. 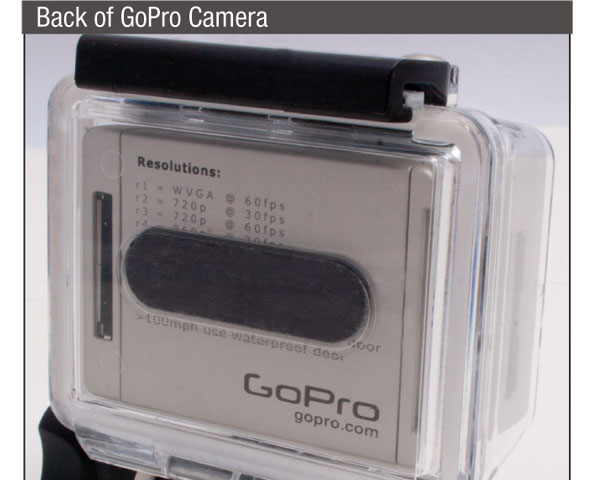 GoPro’s HD Hero is compact and packs a powerful punch with more than three resolutions from full 1920×1080 HD video, 1280×960 for vertical video and 1280×720 HD recordings up to 60fps for super smooth, slow motion shots. The GoPro HD Hero can record up to nine hours on a single 32GB SDHC and about 2.5 hours on a single charge. The battery is easily recharged via its USB port through a computer or compatible wall or car USB charger. It can also be used while charging for shooting timelapses. We found the included removable polycarbonate housing extremely valuable in those rare cases when the camera took a nasty spill, instead of replacing the whole unit, simply replace the inexpensive outer shell. Did we mention the housing is waterproof up to 180 feet!?

The HD Hero was simple to setup, but the menu was a little difficult. With a little practice it proved no longer an issue. We easily mounted the HD Hero to a car with a suction cup mount, which GoPro sells as an additional accessory. We captured several hours of footage along with a dozen photos, all with exceptional results that cut together well with footage from our traditional more expensive Full HD camcorder. The GoPro HD Hero has a 170-degree viewing angle when shooting in 960p and 720p, so you’ll get the super wide almost fisheye look. The audio the GoPro captures is fine, but nothing to write home about, so plan to capture sound with an additional device if audio is a staple in your production. The amazing full 1920×1080 HD video, comparable to more expensive and heavier cameras, paired with limitless mounting options even has some producers capturing their whole videos with these tiny cameras.

Storage: SD cards up to 32GB