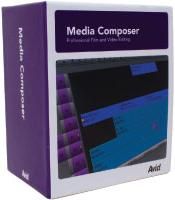 However, the landscape for digital video editing software has changed, with a lot more competition for your video editing dollar. How well does the Media Composer stack up?

This new 3.0 version comes with the requisite new features and editing enhancements. But the real focus of this release is very compelling: under-the-hood improvements for stability, speed and something you don’t see much in any software: a 50% price drop. Media Composer now comes in at $2,495, as opposed to the $4,995 price for 2.0. Avid has consolidated its software lineup by getting rid of its mid-range Xpress Pro and moving everyone up to its flagship app for the same price.

In terms of stability, different versions of Media Composer are appreciated in editing circles (much like fine wines). Media Composer 11, running on the old Meridien board set on Apple OS9, is still sought-after for editing feature films, as its dependability is renowned despite being 7 years old.

This version can hold its own with any of the best Media Composer “vintages.” As with all Avid systems, you must pay attention to the system specs in terms of supported hardware and OS versions, but in heavy use Media Composer 3.0 has proved remarkably stable, even in challenging timelines that include many nested effects.

One of the first things you notice in Media Composer 3.0 is its speed. Video playback and controls are fast, fluid and snappy, an area where I think Avid has always been the best. But there are some new tweaks that make your machine really fly. These include improved multi-threading for multiple CPU machines and a revised real-time effects engine, that allow much better video performance in terms of multiple video streams and effects handling, as well as rendering and exporting.

Another speed improvement is that HD video is handled in its native raster. This means HDV video is handled in its native resolution (1440×1080), the same with DVCPRO HD (1280×1080), and not up-sampled to 1920×1080. This makes the system much faster when dealing with these formats, as the computer does not have to do any internal scaling or transcoding. Again, everything here is under the hood. Output and editing video look the same and use the correct aspect ratio, but internally the computer handles the anamorphic video natively.

There are, of course, many new features and editing enhancements. Most apparent is support for new OS releases. Media Composer 3.0 adds support for Windows Vista Business (SP1, both 32- and 64-bit versions), as well as Apple’s Mac OS 10.5 (Leopard). Each Media Composer comes with Mac and PC software versions on the same disc, allowing you to move your edit station from computer to computer with a dongle.

New HD codecs are supported in this release, including Sony’s XDCAM EX, Panasonic’s AVCHD Intra codec and JVC’s ProHD format. So owners of these camcorders can rest assured that they can edit footage with this software.

There are new AVX plug-ins, the most useful of which is the timecode generator. This is one of those unsung-hero plug-ins that sits quietly in the effects bin and shows its true value only when you really need it. This plug-in works in real time to overlay a myriad of timecode and text information on your sequence and can make a quick window dub for approval without having to render the overlay.

The current trend in NLEs is to sell software suites, rather than standalone products. While Media Composer is definitely an editor only, the package does come with several useful apps to round out your post-production needs.

Boris Continuum Complete is a series of plug-ins and effects for Avid, including lighting, distortion, generators, glows, etc., to refine and finish your video productions. AvidFX 5.8 is an Avid-specific version of Boris Red, which is a compositing and motion graphics program that operates from within the Avid interface, so you can bounce back and forth between the applications easily. For compression, Media Composer 3.0 includes the very capable Sorenson Squeeze 5.0, which can export your timeline to anything from the web to a Blu-ray Disc-ready file. For music creation, the bundle includes SmartSound’s Sonicfire Pro, for creating rich customized soundtracks. For DVD production, the bundle includes Sonic’s Avid DVD, based on its DVD Producer software. This last application is Windows-only, while all the others are cross-platform.

The only thing missing from this bundle is an audio editing program. This is somewhat perplexing, as Avid makes the highly-respected ProTools audio software. At any rate, the idea of licensing standalone applications, instead of trying to create it all in-house, is fundamentally a good one. What you might lose in interactivity between the programs, you gain in being able to focus development efforts on your core competency, while being able to pick and choose the best in third-party apps.

This review is focused on the new enhancements of this release, but Media Composer still comes with all the features that have made Avid such a formidable editor, such as top-shelf media management and editing workflow focused on time savings and increased productivity. The elegance of the Trim mode and JKL editing are again refined by years of input from top editors. This release includes the remarkable script-sync software. It can analyze your text script and automatically link it to the audio track in your video files, allowing you to pull up any part of any scene, just by selecting the line in your script.

Avid’s annoyances are still here, including the draconian dongle-based copy-protection system. It does make it easy to move from computer to computer, but you can’t back up a hardware dongle, and, if it gets lost or stolen, you need to purchase a new copy of the software. The software is still picky about hardware and other software, often needing specific Quicktime versions. Updating your OS can cause Avid to malfunction. Most users end up creating a “blessed OS” hard drive partition just for Avid and run their main systems on another partition.

Avid is on the right track by focusing updates on stability and speed, rather than just new features. Editors live in these applications daily and appreciate refining the fundamentals more than adding the latest whiz-bang effect.

Media Composer 3.0 is a solid release from Avid, and, with the 50% price drop, is much more accessible to independents and small studio owners. If you’ve always wondered what it’s like to drive an Avid, there’s never been a better time to find out.

A great editor, focused on speed, stability and workflow.