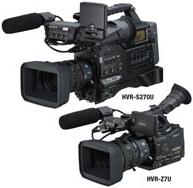 Apple has released the latest version of Final Cut Express 4. The last major update came in May of 2006 with the added support for Intel-based Macs. This latest update adds support for AVCHD camcorders and also supports the open format timeline, allowing editors to mix up different HD formats in one project. Final Cut Express 4 is definitely making inroads to more advance editing for consumers with a $199 price. Moreover, you can take your iMovie 08 projects and import them into Final Cut Express 4. How do you like them apples?

Final Cut Express 4 does not look too unfamiliar to Final Cut Pro users. But those who will be migrating from iMovie 08 may feel like they landed on another planet. The latest update of iMovie 08 introduced casual editors to a completely new interface. It may have been too much too soon for many of iMovie’s users. How one moves from iMovie 08 to Final Cut Express 4 may end up being another interesting story. We’ll have to wait and see what happens.

While the price drop on Final Express 4 (from $299, now $199) has got us excited, it was revealed that, unlike the last version, FCE 4 will not be bundled with Soundtrack. Bummer. Apple’s position is that GarageBand (free) will fulfill the needs of prosumer editors who want to create jamming music scores. Good point, Apple. But doesn’t that really soften the news about your price drop? Maybe just a little? Honestly, we’re not surprised by this decision – the latest Soundtrack Pro 2 is not the best fit for this audience.

The good news is, we’ve been around GarageBand and Final Cut Express enough to know that these two in combo will be sufficient, so don’t sweat it if you think you’re not going to get your money’s worth. We just thought you Soundtrack lovers of former Final Cut Express HD would like to know. For you, it’s all about the $99 upgrade. 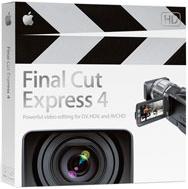 Sony’s Broadcast division announced two new HDV camcorders and a new HDV/DVCAM/DV deck as well. The HVR-S270U HDV camcorder records in 1080i or 1080p HDV, DVCAM and DV. The 1080p variety comes in at 24p or 30p frame rates and is recorded to tape as progressive. With the three ClearVid 1/3″ CMOS sensors, we suspect the image quality will be notable. Also, the HVR-S270U is an interchangeable lens system, shipping with a stock 12x Carl Zeiss lens. An optional 8x Carl Zeiss wide-angle lens and a Sony SLR adapter add to this camcorder’s versatility. The Sony HVR-S270U HDV camcorder is also packing some heat with an HD-SDI (and SD-SDI) output. Additionally, it will accept standard-size cassettes, allowing shooters to capture up to 4.5 hours on select Sony tapes. The Sony HVR-S270U HDV camcorder will be available in February for $10,500 (MSRP).

Turning our eyes toward the HVR-Z7U, we see it’s basically the smaller, lighter version of the HVR-270U. However, you won’t find HD-SDI, nor will you be able to use the standard-sized cassettes. That said, we’re delighted to see that the Sony HVR-Z7U HDV camcorder also features an interchangeable lens system, the 1080p capability and the simultaneous recording to CompactFlash. This is one of the first handheld prosumer camcorders featuring an interchangeable lens system, with a stock lens that is fixed-gear and not the typical servo-controlled lens. This is quite an improvement in tactile control, offering shooters a level of precision that’s hard to achieve on servo-based lenses. The HVR-Z7U HDV camcorder will be available in February for $6,850 (MSRP).

This time last year, another online video site was hosting a contest. If you remember, give yourself a pat on the back, faithful reader. This year, VideoJug is helping you ring in 2008 with a How-To video contest. What can be better way of kicking off the year than a healthy bit of competition? What’s at stake? Well, beside risking your reputation, contestants are asked to submit a How-To video to VideoJug.com on a subject matching any of their categories: Health, Education, Fitness and Love are some of the popular ones. Videos must be 100MB or smaller and 5 minutes or less. The important thing to remember is to upload it as soon as possible, because the leading 3 videos of each category (there are 20 categories), starting January 1st and ending the 31st, will win a cash prize. The awards range from $500 for 3rd-place finishers to $2000 for the most popular of the category. To find out more and upload your How-To video go to VideoJug.com