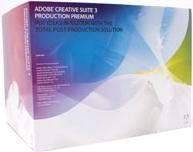 The next big upgrade to Adobe’s Premiere Pro is out and it’s not alone. Premiere Pro CS3 represents a major move toward providing a total video production workflow solution (Adobe Creative Suite 3 Production Premium) by including copies of Encore, OnLocation, Device Central and Bridge.

While there are certainly some welcomed improvements to Premiere, the real news of this upgrade is what surrounds it. Adobe clearly wants us to now think in terms of a unified software system. But since the fundamental component of this bundle is still the timeline editor, we’re going to start our review with a look at what’s new in Premiere.

Compared to the jump from Adobe Premiere CS to CS2 (see July 2006 Videomaker), the number of improvements Adobe has made to the core Premiere program in CS3 is rather low. The quality of those improvements, however, is very high. The big ones include Mac compatibility, variable-rate slow motion that produces an incredibly fluid effect, multiple project panels with improved search and organizing functions, and several editing and audio refinements.

It’s been a long time coming, but Mac users can now slice and dice with Mac OS X v.10.4.9 and newer, as long as it is running on a multi-core Intel processor. Boot Camp is required only for OnLocation.

The new slow motion capabilities are easy to use and produce stellar results. You simply place a clip on the timeline, select Time Remapping from the Clip Effect menu and, by adding keyframes, you can smoothly increase or slow a clip’s frame rate, even to the point of freezing a frame or reversing direction. The clip automatically gets larger or smaller on the timeline. Results from our first test looked similar to video shot with a high-speed camcorder and post processed with dedicated hardware. Sure, it’s true that overall sharpness isn’t comparable to that achieved with a dedicated high-speed system, but the new way Premiere is handling temporal interpolation is incredible. Can you tell that we were impressed?

As projects get larger, finding and organizing assets quickly become more challenging. You can now search for a file or effect by simply starting to type in the name, and the assets matching that text string will become narrowed as you continue to enter text. This will not be a surprise for Mac users; however, PC editors will quickly wonder how they ever lived without it. You can now organize your assets by views by separating out panels, each displaying clip information differently, say, both as a list and thumbnails.

Working with audio and video in Premiere is now a little faster. Tracks nested in various sequences can now be played back without rendering. If you get Premiere as part of the Production Premium Bundle, you’ll also have direct integration with Adobe’s new audio editing program, Soundbooth. Look for more about Soundbooth in an upcoming issue of Videomaker.

Replacing a video clip in your timeline, while retaining that file’s properties, is now just a drag-and-drop operation. Very handy if you want to experiment with a few different takes.

We ran Premiere through both simple and complex editing sessions. No sweat for the simple cuts-only session. We then loaded a 17-minute project that had dozens of various transitions, motion effects, graphics, titles and audio, some layered 7 deep. Again, no problems in either the creation or rendering once we got the kinks out of our hardware. We compared the render times with CS3 with the identical project in CS2 and did not see any marked difference in speed.

To get the best image quality, professional videographers usually will lug dedicated hardware to shoots to set up their camcorders with test charts. OnLocation is a real-time audio-video analysis program (previously Serious Magic’s DV Rack) that does the job of about seven dedicated hardware devices. Loaded on a rugged laptop, it’s a field monitor, vectorscope, waveform monitor, frame grabber, audio and video analyzer, and direct-to-disc recorder. For anyone now shooting full-resolution HD, recording direct to disc has obvious monitoring and storage advantages. If you’ve used any of these devices in the past, you know how useful they can be. If you haven’t, you’ll find a level of control that until recently was only at the fingertips of (often union) live van technicians.

On the output side, Adobe now has a solution for HD distribution. With a compatible Blu-ray burner, Encore now lets you burn your HD project to Blu-ray discs. Unfortunately, we did not have a burner handy, so we cannot comment on the process. Premiere is also much more tightly integrated with Encore. The Export to Encore function directly encodes your timeline with chapter markers in Premiere, then automatically opens Encore and begins the burning process. Those producing more content for the Web will also be glad to see Encore’s robust SWF flash authoring.

Bridge is not just for Photoshop anymore. While using Premiere’s import function has never been too difficult, if you already use a current version of Photoshop, you know about the power of cruising for images and assets in Bridge. With it, you can search, arrange, sort, rank and preview assets in just about every conceivable format. Bridge is particularly powerful if you are starting to use metadata to organize your assets.

If you’ve always wanted to get your production to the really small screen, such as iPods or other mobile devices, or optimize for the Web, then Device Central can help. Just export your finished project from Premiere using the Adobe Media Encoder, select H.264 from the dozen compression formats, then choose the appropriate preset that optimizes the encoding process for different display environments, including specific ones such as iPod or YouTube. Device Central automatically opens after the encoding process, presenting you with a host of other options, such as device type or even the type of glare you are likely to get on the screen of a mobile device.

If you purchase Premiere as part of the Production Premium bundle, you’ll also get Dynamic Link, a sort of inter-program referee that eliminates the need to re-render complex animations in your timeline developed in After Effects or Encore. On more complex projects, this can be a huge timesaver.

Creating another version of an already popular software bundle can be difficult. With each major upgrade, companies like Adobe must balance the benefits of making their software both more capable and easier to use – indeed, it is a fine line to walk. With Premiere Pro CS3, they have not only remained balanced on that tightrope, but they have surrounded the core program with incredibly powerful support tools, making this version an upgrade that is worth your serious consideration.

With a new integrated suite of supporting programs, Premiere CS3 is more powerful than ever.