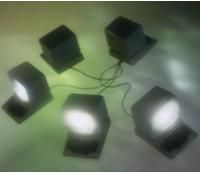 According to a recent Videomaker survey, nearly sixty-eight percent of respondents are now either offering or planning to offer video content soon, via some sort of online video hosting service. Now, not only can video producers get the word out about their videos and have people watch them, but many services also offer revenue sharing plans. In 2006, video hosting services for the average Joe have exploded on the scene as each jockeys to become the "Flickr" of the video world.

With literally dozens, if not hundreds of video hosting services popping up nearly overnight, the process of deciding which service to use can be daunting. How does one choose the best, easiest to use, and potentially most profitable video hosting service to get one's work out to the world? Thankfully, that's why Videomaker Guides were invented.

Don't be overwhelmed by the process. As services compete to get your video, they are making it surprisingly easy to get that video online and nearly instantly available to show. Dive right in and see for yourself.

Google Video offers content to the masses and even though it has major clients like CBS (which recently offered same-day coverage of March Madness NCAA games via Google) and Paramount (great for you Trekkies), the average Joe can play as well. And the best part, the power of Google. Although there's no need to download and install yet another video client to view videos, it is required to install their uploader software in order to upload any video to Google's servers. In addition, it may take up to several days for Google to "verify" your video before it's available for download. But with the reach and household appeal of Google, it's well worth the wait.

Started by the PayPal guys, who set the online world on fire by creating a virtual bank for winning bidders to pay for their online auctions, YouTube promises to make the process of posting easier. Its features include tags for easy search and RSS feeds, playlists, privacy levels and the means to integrateYouTube hosted videos with Web sites and blogs. Uploading process is fairly simple. Films are available to share immediately. There is a limit of 100MB in size and a max length of ten minutes.

Broadramp CDS is all about Video eCommerce, and that means getting your videos to make money for you. This can be ideal for those who offer Online Training, Certification Courses, and Marketing videos. Users pay for a license key that allows them to watch videos online for a set period of time. The Flash based compression codec makes media streaming available in any browser without having to download a proprietary video client.

Now that you've seen just what's out there, the big question you'll probably have is, "How do I get my video up there?" Preparing your video for upload is easier than you might think, with the majority of editing programs offering the necessary encoding features to meet the standards of just about any of the online services. And many of the most popular will take a wide variety of formats from Windows Media to Quicktime MPEG-4. Generally speaking, you need not worry about which format to use, so much as size and length limitations.

Once you have your video, it's usually just a matter of point and click, drag and drop and then wait for approval. Some, like Google, may take a few days. Others like YouTube, may make it available almost instantly. One hurdle to be sure to clear is being sure all rights have been secured (e.g. music clearance, actor releases, etc.), especially if offering videos for sale.

Then it's a matter of getting the word out. Creating an RSS newsfeed isn't as technical as it used to be. Users can download many applications which will allow for filling in the blanks and hitting publish. Then there are blogs or even sites such as http://del.icio.us to get the masses looking at your stuff.

With so many options for getting the world to see your product, it truly is a great time to start making, showing, and even selling the videos online. And online video hosting services truly make your reach global.

James DeRuvo is producer and editor for a broadcast production company