YouTube has gained much steam as a significant source of "viral" video. (For the uninitiated, a viral video is a generally short clip, distributed via the Internet, with a definite "you've got to see this" quality that causes them to be shared among friends, co-workers, family, etc.) NBC, which had previously requested the removal of many clips that YouTube users had placed on that site without NBC's permission, has had an interesting change of heart, and will now be putting its own content onto YouTube for anyone to share easily with everyone else. NBC also ran a contest for YouTube users to create 20-second promo spots for the hit show The Office.

YouTube has quickly amassed a huge user base, rising to be the #20 ranked Web site on the entire Internet (at the time of this writing), according to web analytic firm Alexa.

A Different Kind of Camera 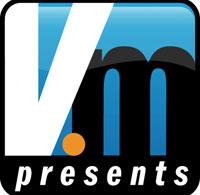 As high-definition camcorders gain traction, some newspapers have been prompted to replace their still cameras with HDV camcorders. The HD imagers, color performance and ability to take video instead of just still images have made them valuable in the newsroom. The newspapers use captured footage in two ways: individual frames from a tape can be captured for use in a print edition, and (perhaps ironically) newspapers can also post full video clips on their Web sites.

This might be a bit of good news for the newspaper industry, which has undergone a gradual erosion of circulation industry-wide due to the instant nature of cable and Internet-fed news.

If You Haven't Seen Videomaker Presents… 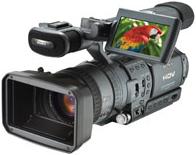 We've been busy cranking out the Videomaker Presents Vidcast, our video podcast that gives you the latest news in the world of video production, answers your questions, and critiques video produced by members of our community. A sample of our recent episodes:

Episode 18: We go hands-on with TAPCO's newest mixer (reviewed in this issue), and share user tips discussing creative uses for underpants, green bedsheets, using tripods (carefully) as crude cranes and discussing reasons to consider outputting your projects back to Mini DV tapes. We do a Take 20 critique of Sean Sanczel's He's Got a Point (a finalist in last year's Videomaker/Digital Juice Short Video Contest,) and interview Joseph Ayres, our Design Associate.

Episode 19: We listen to AKG's Perception 100 microphone, and see Apple's 13" MacBook. We share a tip for watching Videomaker Presents on a TV, and we perform a Take 20 critique of Josh Bourgeois' Melody. We end the show with an interview with Zack Slates, our Marketing Coordinator.

Episode 20: We briefly discuss Joe Follansbee's Hands-On Guide to Streaming Media, a book that we recently reviewed. We talk about using image stabilization while capturing aerial video, and demonstrate how to build your own pop filter. We perform a Take 20 critique of Steve Murphy's How Do You Love?, and we talk to Alan Parsons, our Eastern territory Advertising Consultant (Not that Alan Parsons… but we did use that joke).

Episode 21: We handle RCA's new Small Wonder MPEG-4 flash memory camcorder. We discuss video and still photo concerns with airport security, and help you to find the best microphone for your needs. We do a Take 20 critique of Anthony Wong's Little Too Much, and we talk with Matt York on the history and future of video.

Get started with the Videomaker Presents Vidcast at www.videomaker.com/vidcast, and don't forget to give us feedback at editor@videomaker.com.